West Coast winemakers are scared. 2020 is shaping up to be the worst year for wineries since Prohibition. Not in the last 87 years has there been a confluence of events to equal this year. And it’s not over yet. The year began with an overabundance of wine stockpiled over the […]

West Coast winemakers are scared. 2020 is shaping up to be the worst year for wineries since Prohibition. Not in the last 87 years has there been a confluence of events to equal this year. And it’s not over yet.

The year began with an overabundance of wine stockpiled over the past two vintages. In California, winery owners were already considering alternative plans for this wine and foreseeing a glutted market. Then the pandemic arrived. In March, wineries in California were forced to close tasting rooms; those that had restaurants ceased operating them, as well. Months went by with major sources of income gone.

Meanwhile, vineyards had to be maintained and workers protected. This became nearly impossible when outside temperatures exceeded 110 degrees. Many workers live in dormitory-style houses in the vineyards, which suddenly had to be altered for  social distancing.

As summer approached, tasting rooms were allowed to reopen and restaurants could serve outdoors, but an increase in Covid-19 cases caused tasting rooms to close once more. Then, when the situation reversed itself again and seemed to be returning to normal, major fires broke out in Napa, Sonoma and other wine-producing counties. Vintners are familiar with fires, since they occur with regularity. However, they usually arrive later in the harvest, not at the onset. This caused another set of problems.

Obviously, the greatest fear of vintners is to lose the winery and its workers, but another concern is the effect of smoke on the grapes. Smoke and ash are insidious culprits and their deposits on grape skins can ruin any wine produced from them. Wineries did not have to be near the fires to be affected.

Vintners faced the conundrum of whether to pick at all. They could let the grapes rot, but they might not receive an insurance reimbursement without a lab result showing effects from smoke or ash taint, or they could make their wines and hope for the best. Labs fell far behind in providing taint results and were overwhelmed with requests. Grapes can’t wait to be vinified, so some wineries were choosing to sell the grape juice to distillers to make them into, of all things, hand sanitizer and perfume.

While these problems appear massive, they pale in comparison to the lives and property lost in these fires. Wineries and restaurants are the largest employers in the California wine region and workers displaced by fires will have little recompense. A few wineries are gone, but most remain. If they can recover, they will press forward and hope for a better year in 2021. Keep them, and the wineries in Oregon, in mind when you next enjoy your chardonnay or cabernet.

Bob McGinn has spent his entire career in the wine industry—forming wine clubs, working in wine sales marketing and engaging in all facets of the winemaking process, including vine management, fermentation and yeast analysis. He has developed wine programs for companies such as Marriott, Sheraton and Smith & Wollensky, and consults with local restaurants. You can read more of McGinn’s work at gulfcoastwinejournal.com.

California, Oregon business owners on the existential threat of wildfire

Sun Sep 27 , 2020
The recent blazing wildfires on the West Coast have burned through businesses and ruined livelihoods. Small companies are particularly at risk: Many have closed down because of fire damage, and may never re-open. “The Almeda fire took our home and our business,” said Phoenix Sigalove, a food truck owner in Ashland, […] 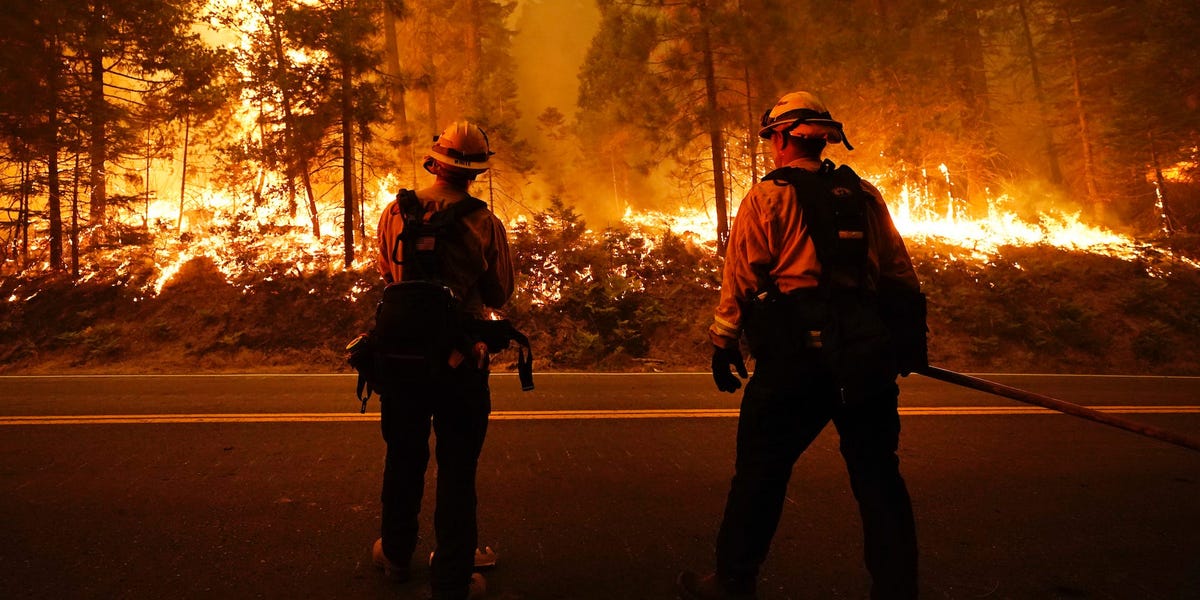