A popular downtown destination for local brews will soon be able to cater to coffee connoisseurs and cocktail fans.


The brand new Dayton Beer Company cocktail and coffee bar will have its official grand opening on Oct. 2-3, with a soft opening happening Sept. 29, 30 and Oct. 1.

More details on the grand opening are coming soon, and we will update this story when more information is available.

The Dayton Beer Company has been taking big steps toward opening its new cocktail bar and coffee shop, part of its Dayton Barrel Works Artisan Distillery that has been in the works for more than a year. It is adjacent to the craft brewery’s taproom at 324 E. Second St. in downtown Dayton.

The bar passed its final inspections needed to open the cocktail and coffee bar earlier this month, but just announced today it is finally ready to open doors.

Hilgeman said in an interview that he is still finalizing the cocktail-bar and coffee-shop menus, but offered a glimpse of what’s to come.

“We’re going to open with 14 signature cocktails with an emphasis on locally sourced ingredients and house-made syrups and bitters,” Hilgeman said. “The team we’ve hired has decades of experience in the cocktail industry and are very excited to showcase these drinks.”

The distillery’s coffee shop has partnered with Audacity Coffee of Kettering for a private-label coffee brand and will be serving Audacity’s coffee in the bar. “We will have all the regular coffee drinks and a few signatures,” Hilgeman said.

The 7,500-square-foot “Dayton Barrel Works Artisan Distillery” will produce a variety of spirits, including bourbon, vodka, gin, and a rotating list of experimental spirits, Hilgeman said a year ago when the project was unveiled.

The expansion includes a private event space on the second floor above what is currently the brewery’s offices and kitchen, Hilgeman said.

Dayton Beer Company opened in 2012 as a microbrewery and tasting room at 912 E. Dorothy Lane in Kettering before launching its much larger production brewery and taproom in downtown Dayton in April 2015. In August 2016, the downtown brewery expanded to add food service to its brewery and taproom. In October 2017, it added its Lost Tunnel second label. The Kettering taproom shut down in 2017.

The expansion “allows us to get to the final vision I had for the brewery over eight years ago, to be more than just a place that makes beer,” Hilgeman said last August.

Sat Sep 26 , 2020
[Photo via Spotify] Yes, it’s true. Fall Out Boy are officially entering the culinary world and releasing their own signature tacos. The limited-edition tacos are not only benefitting a non-profit, but the name FOB have decided to give the snack is truly a From Under The Cork Tree throwback. Read […] 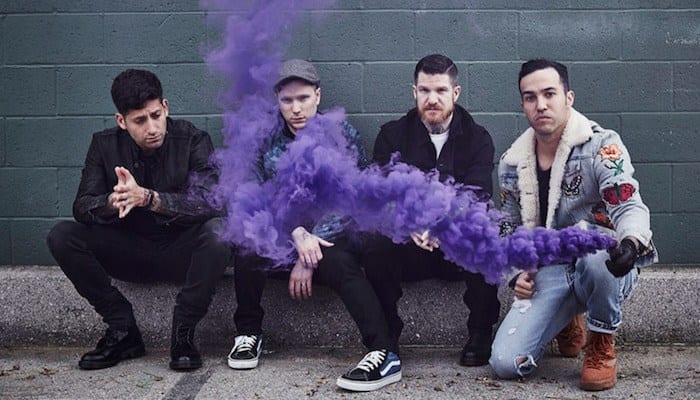