CLOSE A look at the Greek-ish in Harrison, where chef/owner Constantine Kalandranis rebranded 273 Kitchen into a fun and casual spot with a larger selection of meze plates, Oct. 8, 2020. Rockland/Westchester Journal News Pivoting and reinventing have been the modus operandi for many chefs and restaurant owners since the […]

A look at the Greek-ish in Harrison, where chef/owner Constantine Kalandranis rebranded 273 Kitchen into a fun and casual spot with a larger selection of meze plates, Oct. 8, 2020.

Pivoting and reinventing have been the modus operandi for many chefs and restaurant owners since the pandemic began. And while the Hudson Valley has seen its share of closures — we’ve counted close to 30 since March across Westchester and Rockland —there are just as many openings, 37 by our count with more on the way. 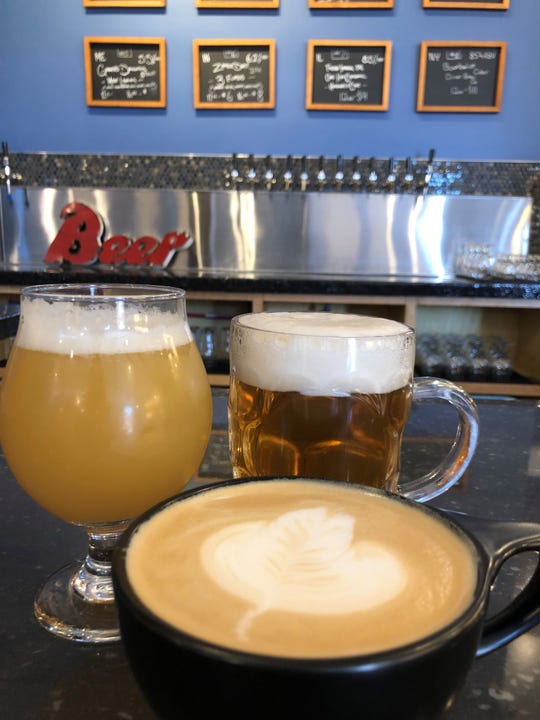 Beer and coffee are on the menu at the new Climbing Wolf in Dobbs Ferry. (Photo: Jeanne Muchnick)

Beer and coffee, along with other goodies, are on tap at this new family owned craft beer bar and bottle shop run by brothers JB and Chris Gomez. Open since Oct. 10, the cafe/bar features coffee from Onyx and Mighty Oak Coffee roasters along with lots of draught beer bottles and cans to go, with a focus on independent breweries. There’s also pastries from Croton-based Baked by Susan and Balthazar, as well as sandwiches and veggie chili from Dobbs Ferry’s Sweet and Savory. Indoor seating only.

SUBSCRIBER ONLY: The rise of fast casual restaurants

YONKERS: New wine shop is all about man’s best friend

What had been Stone Rose Steakhouse & Sushi Lounge in the Jefferson Valley Mall is now Flame Asian Bistro. It’s from same owners but has a new menu with a host of sushi and sashami options and opened in late September.

This new bagel shop, which features more than 30 bagel varieties, including low carb and gluten free options, opened Aug. 18. Though it’s a franchise, it’s owned by White Plains resident Mike Stern. It’s the first LIBC in Westchester though there are negotiations to open another one in the county. Bagels are New York Style hand-rolled and baked fresh daily. You’ll also find breakfast wraps, coffee, sandwiches, paninis, salads and more. 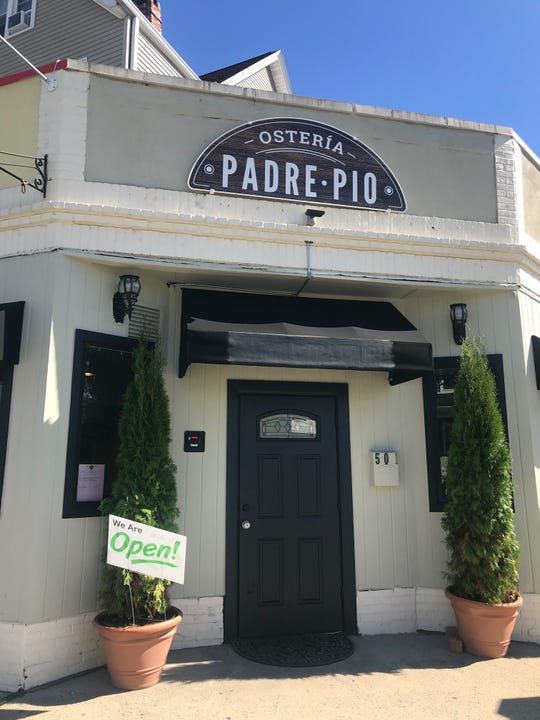 There’s indoor and outdoor seating at this Italian spot, open since Sept. 20. Expect handmade pasta such as penne vodka and ravioli as well as entrees such as chicken parmesan, salmon, and pork chops along with salads and antipasti. 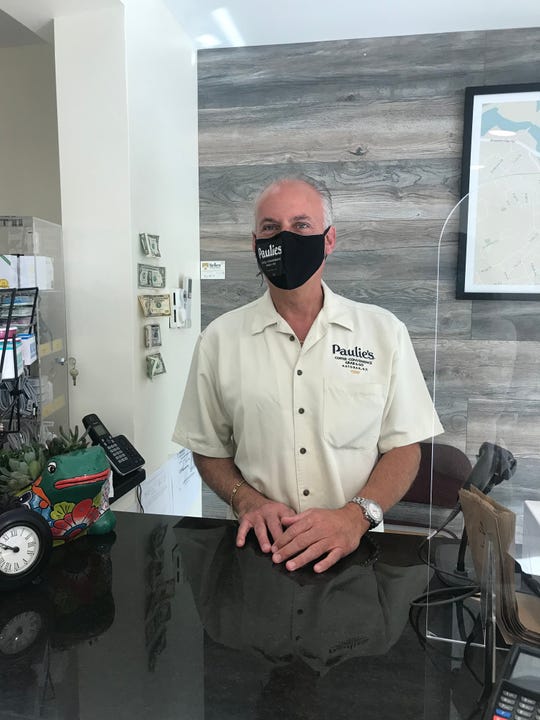 This grab-and-go shop is all about convenience. Owner Paul Sussmann opened Aug. 27 with the goal of providing the community with a place to get a little bit of everything. That means coffee, fresh daily baked goods, chips, cookies and other snacks, along with sandwiches, Bread Alone organic and Zurros Italian bread products, grocery items, newspapers and a walk-in beer cooler called “the cave.”

This family-owned cafe, open since Sept. 27, specializes in Mexican street food, specifically from the state of Puebla. On the menu: Chiles Rellenos, enchiladas and fajitas. Indoor seating only.

Charlie Amchir, who owns Saw Mill Tavern in Ardsley, opened this classic pizzeria on Sept. 3. The “New York-style pizza shop” features a “crisp-no-flop crust” and serves a variety of pizza, pasta, calzones, wedges and pasta. It’s mostly takeout with a few self-serve tables inside and out.

This bar isn’t new, though it still qualifies as new-ish — it opened last December — but what is new is the food menu, featuring beets five ways, Wagyu sliders, beer-battered fish tacos, beef tenderloin and duck confit ravioli, among other dishes. All go well with the speakeasy’s inventive cocktails such as the “One Night Stand,” (Tito’s vodka, St. Germain, homemade blackberry puree, lemon and a mint sprig) and the “Overruled” (this place is near the courthouse), made with Elijah Craig small batch bourbon, Demerara gum syrup, Fee Brothers Black Walnut bitters and Angostura bitters). 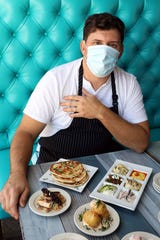 Chef/owner Constantine Kalandranis with some of his new meze plates at the Greek-ish in Harrison Oct. 8, 2020. 273 Kitchen has rebranded into a fun and casual spot with a larger selection of meze plates. (Photo: Tania Savayan/The Journal News)

Chef/owner Constantine Kalandranis has rebranded 273 Kitchen into something more fun and casual, designed for the way people are eating now. That means lots of small plates (meze) meant for sharing (and good for takeout). Many of the dishes are similar to what he had at 273, just smaller — think creamy fava hummus, caramelized cauliflower and sunflower seeds, goat milk feta croquettes, fresh shucked oysters, and Spanish octopus.

The interior has also been revamped with a new octopus mural on the wall (holding a martini), a colorful turquoise banquette  (which Kalandranis calls “Greekish blue,”), new tile work and new tables meant for easier cleaning. There’s also a new ventilation system as well as outdoor heaters. The restaurant, which never closed, officially opens Oct. 14 and offers dinner only with lunch to come. For those who also know the chef’s Nyack restaurant, 8 North Broadway, that, too, has been rebranded and is also called The Greek•ish.

Open since Sept. 8, this eatery is all about the Louisiana seafood boil experience. That means lots of sauces — think Cajun, lemon pepper, garlic butter, and the restaurant’s own special seasoning — for its various offerings of shrimp, clams, mussels and crawfish. The menu also features po’boy sandwiches, and sandwiches.

This hybrid restaurant pretty much offers it all — coffee, smoothies, and bagels (they kept the deli’s 15-year veteran bagel maker) — to a full American menu of soups, salads, starters and entrees. Most popular so far: The in-house made rotisserie chicken. Other items include Country Fried Chicken, yellow fin tuna, and chicken parm. 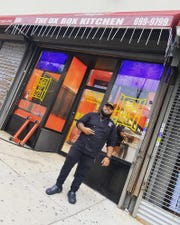 Caribbean and fusion cuisine including oxtails, rasta pasta, curry chicken and jerk New York strip steak are among the choices at this take-out spot. Mount Vernon native (and owner/chef) Steven Carrington had been renting a kitchen prior to opening his own space Aug. 7 and has two tables outside. 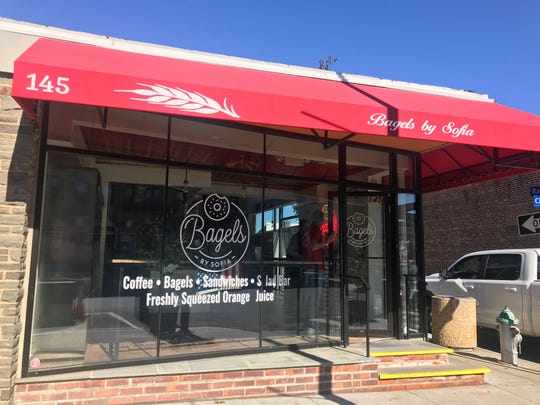 This organic mostly plant based menu features wraps, paninis and quinoa bowls along with egg scrambles, coffee and more. Owner/founder Sandra Marinelli is all about catering to diners with various dietary preferences and/or allergies and offer them “something delicious and nutritious.” Open since July 25, the eatery is open for breakfast and lunch and will be opening later once her wine and beer license goes through. 890 S Lake Blvd., 845-621-2655, bokmahopac.com

How to Make the World’s Best Pita at Home

Mon Oct 12 , 2020
“If you’ve only ever had dry supermarket pita,” writes Alon Shaya in his eponymous 2018 cookbook, “this is a different animal entirely: puffed up like a pillow, savory on its own, and ready to scoop up anything you like.” That’s not to say that all supermarket pita is bad, just […]