Until recently, my experience with miso was limited to the tasty little bowl of miso soup I’d enjoy at Japanese restaurants. I began to appreciate the multitasking brilliance of miso only this year, when I started cooking my way through Washington Post food editor Joe Yonan’s fantastic new vegetarian cookbook, […]

Until recently, my experience with miso was limited to the tasty little bowl of miso soup I’d enjoy at Japanese restaurants. I began to appreciate the multitasking brilliance of miso only this year, when I started cooking my way through Washington Post food editor Joe Yonan’s fantastic new vegetarian cookbook, Cool Beans ($20, Amazon).

Yonan often calls for his “favorite all-purpose blast-of-umami ingredient” in recipes you might not expect if, like me, you weren’t already clued into the versatility of miso. Think white miso in a lemon-herb marinade for tofu feta, sprinkled on a pinto bean tortilla salad. Or red miso whisked into reserved pasta cooking water for a borlotti bean and bitter greens pasta dish.

With a couple of mostly full tubs of miso in my fridge, I started experimenting with adding a spoonful here and there to my fave veg dishes—pasta, lentils, soups, roasted veggies, sauces, salad dressings, more beans. It’s since become my go-to ingredient for giving a wide variety of plant-based dishes a rich depth of flavor—that extra umami oomph. But I wanted to learn more about miso’s ubiquity in Japanese cooking, and get some expert tips on ways to use it in my own everyday cooking. So I spoke to some pros about the amazing ingredient.

What miso is and why it’s good in basically everything

“Miso is a pantry staple in Japanese cuisine,” Maiko Kyogoku, owner of Bessou in New York City, tells SELF. “It’s not an ingredient that’s really comparable in American cuisine.”

The fermented soybean paste is typically made from soybeans, koji (rice inoculated with a specific type of mold), and salt, and sometimes other ingredients like barley or dashi (fish or seaweed stock), Kyogoku says. The ingredients, the ratios they’re used in, and the fermentation conditions all affect the color, flavor notes (savory, sweet), and texture of the miso, Namiko Chen, founder of the Japanese food blog Just One Cookbook, tells SELF. “In Japan there are many different types of miso, and each region has its own unique miso that is linked to its identity, purpose, and culture,” she says. The three most common types found in the U.S. are red (aka), white (shiro), and yellow (awase) miso. (Generally, a darker color indicates a longer fermentation period and more intense flavor.)

Miso is a “magic flavor booster” in Japanese cooking, Chen says. “You can literally use miso in everything.” Kyogoku believes that miso’s incredible versatility is tied to its roots as a key seasoning ingredient. “In Japanese cuisine you don’t season a lot of things with salt—soy sauce and miso are basically the salt replacement,” she points out.

Although miso’s value as a seasoning ingredient in Japanese cuisine is undeniable, its popularity has also surged in recent years with chefs who have never used it before, beginning with fine dining and trickling down to casual dining and home cooking, Kyogoku explains. “So many American chefs are into it now,” she says.

When you’re experimenting with new ingredients that are based in cultures other than your own, researching the origins of the ingredient and how people who actually belong to that culture use it is such an important practice (and part of my own motivation for writing this piece, TBH). It’s a way to rightfully pay homage, even privately, since cuisine doesn’t exist in a vacuum. And it’s probably the best way to learn about how to use the ingredient in your home cooking.

In fact, the way Kyogoku sees it, the tremendous amount of mutual respect that French and Japanese chefs show for one another’s cuisine has been integral to elevating miso’s role in fine dining culture in the West. “It is inspiring to see non-Japanese cooks starting to embrace the endless possibilities of miso,” Chen adds.

Tips and ideas for cooking with miso

Okay, so you’re pumped to start cooking with miso more at home. I asked the pros for their best advice for home cooks looking to use the adaptable, multipurpose ingredient in more of their everyday cooking, and they shared some really useful tips, creative ideas, and recipes:

“The ingredients that you choose and the type of dish dictate the kind of miso you use,” Kyogoku explains. Mike Le, who runs I Am a Food Blog with his wife, Steph, tells SELF: “The flavor notes are very similar to white and red wine: The familiar white miso is buttery and mellow, while the red miso is much more nutty, fragrant, and woodsy.” (The couple live in Japan part-time—visiting every summer, except for this one—and love sharing recipes borrowed from and inspired by various Asian cultures on their blog.)

Kyogoku likes white miso for creamier or lighter dishes, and red miso for spicier or heartier dishes. For the beginner who wants to explore using miso in different kinds of dishes, Kyogoku highly recommends awase (yellow) miso, “which is like a mix of red and white.” It also has dashi infused in it often (especially in Japanese markets), which brings even more flavor to dishes.

“A little goes a long way,” Le says. “If you stick with a teaspoon or tablespoon at a time, you can try putting miso anywhere,” like pasta sauces, soups, and stews.

“Just trying it in the way that you would think about salt is probably the best way to explore the different capabilities of miso,” Kyogoku says. Think rice and noodle dishes, sauces, soups, meat, fish, and more. For instance, you might try skipping the salt and adding in a little miso the next time you’re sautéing or roasting veggies, like eggplant. (Kyogoku recommends diluting it with a little water or fat first.)

Le suggests seasoning soups and stews with the umami bomb. “Think miso chicken noodle soup or miso beef stew, or even miso chili con carne,” he says. And again, it’s great in all sorts of bean and legume dishes. “If you were making something like Mexican food, you could sneak in a little miso into your black beans as you’re braising them,” Kyogoku says.

Le and Chen both love using miso butter, which is just as simple and delicious as it sounds. Le spreads miso butter on toast, grilled cheese, and flatbreads, and uses it in veggie dishes like mashed potatoes and sautéed asparagus with a poached egg, while Chen loves it on salmon, corn, and pasta. You can also try mixing miso with butter whenever a recipe calls for butter, Le says.

5. Make a miso marinade for meat or fish.

Kyogoku’s favorite way to use miso, both in her home kitchen and at Bessou, is with a little sugar and koji in a fish marinade for salmon, halibut, or cod. Meat works too. “It helps break down proteins and tenderize them,” Kyogoku says. Check out Chen’s basic recipe for an all-purpose miso sauce that can work as a marinade or glaze.

6. Try it in a salad dressing.

“Salad dressings with miso are really delicious,” Kyogoku says. “You can add a little bit of citrus zest and vinegar and sweetness from agave, sugar, or honey.” Try Chen’s Miso Tahini Dressing and Sweet Miso Dressing, or Le’s recipe for Miso Mustard Dressing.

Miso’s saltiness and savoriness adds a beautiful complexity to desserts and baked goods. “We love miso in everything sweet like chocolate chip cookies, donuts, or ice cream, where the miso brings a caramel nuttiness and its saltiness enhances the sweet flavor notes,” Le says. Chen recommends stirring a dollop into cookies or brownies—she has a recipe for Miso Butter Cookies.

Sat Oct 10 , 2020
COVID-19 caused various government entities to issue mandates that forced restaurants to close their doors to the public. With cases resurfacing in certain areas, combined with the economic fallout that will likely hurt consumer spending, the environment remains challenging for some industry participants. All hope is not lost, however. There […] 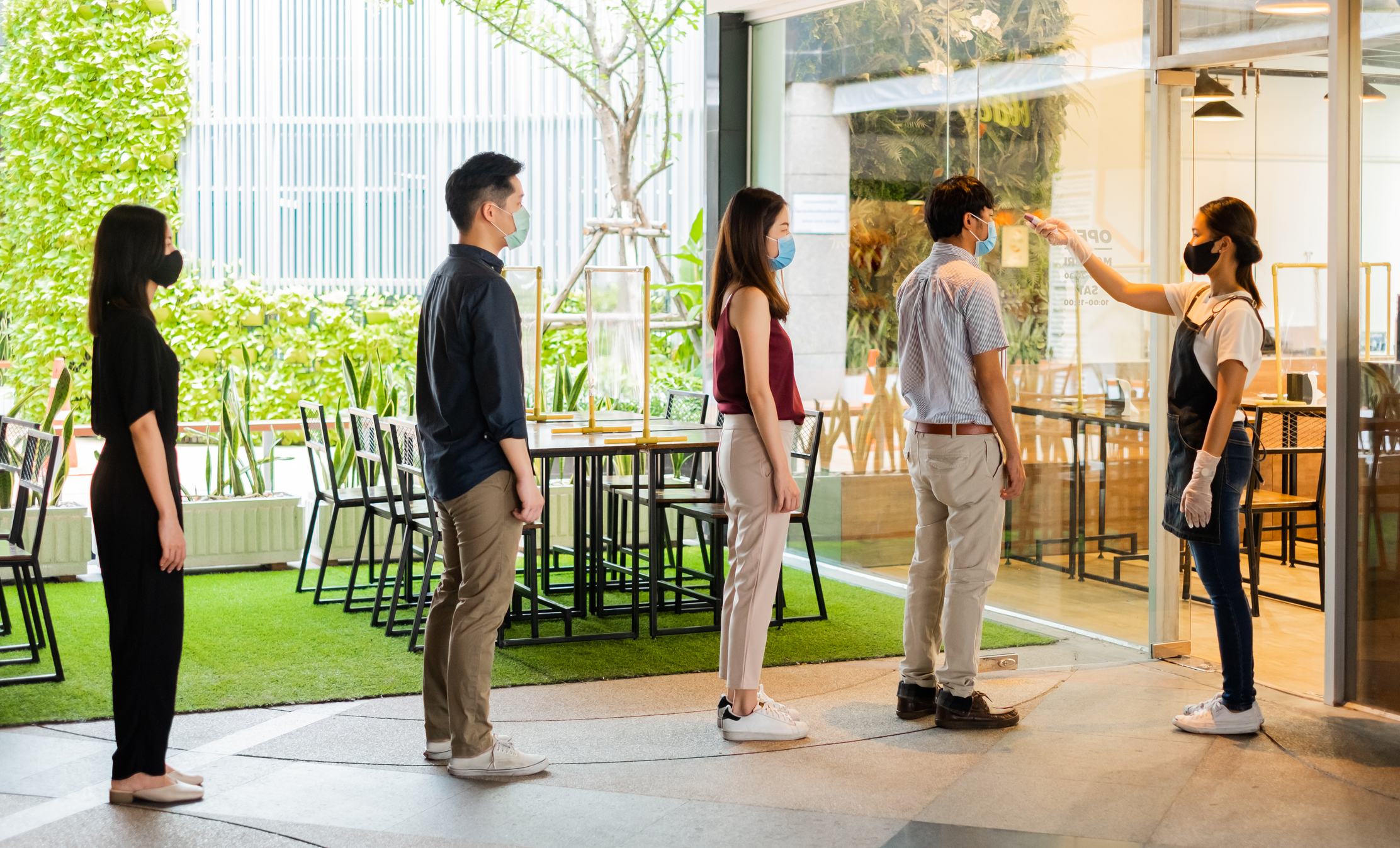