Click here to read the full article. If 2020 has taught us anything that we didn’t already know, it’s that everything is cake. This roll of toilet paper? Cake. This pit bull? Cake. This human butt? Definitely cake. The realization that all matter in our universe is actually cake raises […]

If 2020 has taught us anything that we didn’t already know, it’s that everything is cake. This roll of toilet paper? Cake. This pit bull? Cake. This human butt? Definitely cake. The realization that all matter in our universe is actually cake raises a handful of questions, some practical (is this review a cake?), and some existential (am I a cake?), and some historical — if everything in the present is cake, does that mean we can eat history with a fork?

As is so often the case, however, Yotam Ottolenghi got there first. The revered Israeli-born chef, restaurateur, and food writer has become one of the most influential cookbook authors in the world not just on the strength of his recipes, but also because he thinks of them as a link to the past — as an experiential way to reanimate faded eras through taste, smell, and any other sensations that books, films, and museums can only describe. Ottolenghi is a connoisseur of context who always insists on highlighting the history in everything we cook, and so when New York’s Metropolitan Museum of Art decided to host an event in the summer of 2018 that would allow its patrons to explore the privilege and power dynamics of Versailles with their mouths, Ottolenghi was a natural pick to lead the operation.

Directed by “City of Gold” filmmaker Laura Gabbert, “Ottolenghi and the Cakes of Versailles” offers a mouthwatering — if half-baked — look behind the scenes at how the event came together. ; it grabs you by the tongue from its opening shots and leads you the rest of the way by serving up a sugar-coated sampling of food for thought.

Which isn’t to say that “Ottolenghi and the Cakes of Versailles” was put in the oven without a strong narrative foundation, only that you’ll find more suspense in an episode of “The Great British Bakeoff” than you do here (the film spends mercifully little time on the sort of logistical crises that fuel such reality shows). Ottolenghi is compelling as a screen presence and curator — his eager fascination is contagious, even for those of us who don’t think enough about the food we eat — but no one wants to learn while they eat dessert, let alone while they watch other people do it instead.

Gabbert recognizes as much, and spices things up so that you don’t feel like you’re being force-fed historical factoids. She casts Ottolenghi as a sort of Nick Fury of the pastry world, and devotes a large chunk of her film to the process by which he assembles a team of starch-obsessed superheroes to help him achieve the fondant equivalent of fighting Thanos (I’ll give you one guess what the Infinity Stones really are). Foodies will recognize some of these faces, but others are sure to have their minds blown by the likes of Ukrainian chef Dinaro Kasko, who approaches cake with an architect’s vision and designs intricate, digital 3D models of every dessert before she buys the ingredients to make it. Ditto Sam Bompas and Harry Parr, a British duo whose over-the-top pastries are one part flour and 10 parts spectacle. They’re joined by the Singapore-based Janice Wong, whose edible art looks as ornate as anything else in the Met, vaunted Tunisian chef Ghaya F. Oliveira, and — last but certainly highest in calories — Cronut inventor Dominique Ansel.

Ottolenghi’s knowledge and easy-going enthusiasm makes him a natural interviewer, and the conversations he has with his cohorts are rich in historical detail and moist (sorry) with fascinating perspectives about cooking. If Gabbert was disappointed by the lack of drama that went into the making of Ottolenghi’s Met event, she does a fine job of disguising it by using the feast as a glorified excuse to consider how the world’s leading pastry chefs think about food and its presentation — one illuminating aside explores the culinary semiotics of height, from the spice pillars synonymous with Middle Eastern markets to the toppled bread towers you might find against the window of a French bakery.

Alas, Gabbert displays a greater interest for this stuff than acumen for it, and her documentary has a way of miscalculating the frosting-to-filling ratio. She doesn’t linger on anything long enough for it to grow stale (and Ryan Rummery’s lovely, meditative score helps move things along), but the historical context shoehorned into the Met-set climax is rich enough to make you wish the movie had more room in its stomach. The Feast of Versailles doesn’t seem to have been the most intellectually demanding event the world-famous museum has ever thrown, but Ottolenghi — in conversation with food historian Deborah Krohn — offers a variety of morsels for context alongside the extravagant flotilla of cakes.

Of particular focus is how food came to symbolize the financial disparity that sparked the French Revolution. Marie Antoinette may never have said “let them eat cake,” but the openness of Louis XVI’s court allowed a starving public to see in what decadence the upper crust lived; few things convey the blinkered disparity of privilege quite like cocktail whirlpools, swan-shaped pastries, and an entire garden made out of bread and sugar. Class warfare has never looked so delicious.

Without putting too fine a point on it — and with only one misused “Jurassic Park” metaphor — Ottolenghi argues that such culinary indulgence was the sign of a system that was on too much of a sugar high to see the torches burning towards the palace, while Gabbert takes that thought to its logical conclusion with a coda that suggests the rich are due for another revolution (cue the stock photo of Trump Tower’s vomit-gold interior). If Ottolenghi’s mission was to offer a backwards-looking taste of what’s to come, the Met allowed those who attended to eat the past in a way that made it present, and to reckon with the cyclicality of a history that most people are too hungry to ever fully digest. Watching Ottolenghi’s achievement from the other side of a screen only serves to reaffirm his point that looking at the world isn’t the same as feeling it on your tastebuds. A more nuanced documentary — one that didn’t just feel like evidence of an event that happened at a museum, but a work of art unto itself — might have made a meal out of such ideas, rather than just offering them for dessert. But Gabbert’s film, like everything else in this world, ultimately turns out to be cake.


“Ottolenghi and the Cakes of Versailles” is now playing in select theaters and on VOD.”

As new movies open in theaters during the COVID-19 pandemic, IndieWire will continue to review them whenever possible. We encourage readers to follow the safety precautions provided by CDC and health authorities. Additionally, our coverage will provide alternative viewing options whenever they are available.

Sun Sep 27 , 2020
FILE PHOTO: Certified beef cattle are pictured at Rancho Estrada in the town of San Agustin, on the outskirts of Ciudad Juarez, Mexico May 13, 2020. REUTERS/Jose Luis Gonzalez CHICAGO (Reuters) – The U.S. Department of Agriculture is funding a $1 million research project to identify how the virus that […] 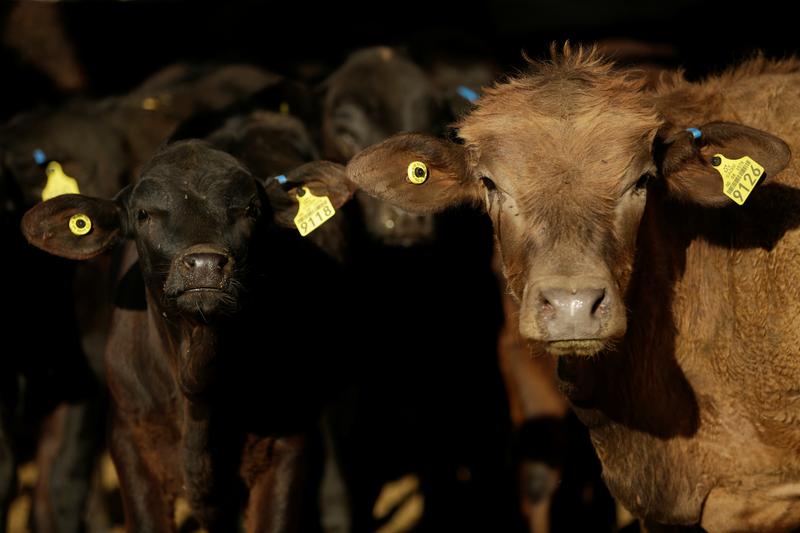