The wait is over for fans of a number of highly anticipated restaurants and brewpubs that opened their doors in several corners of the Miami Valley in September. Salt Block Biscuit Company has opened its doors in downtown Dayton’s Fire Blocks District. The bakery-restaurant serves breakfast, brunch and desserts. Basil’s […]

The wait is over for fans of a number of highly anticipated restaurants and brewpubs that opened their doors in several corners of the Miami Valley in September.

Basil’s on Market, with locations in downtown Dayton and Troy, opened a third eatery at a high-profile location: overlooking the main entrance to the Mall at Fairfield Commons in Beavercreek. In Waynesville, the 200-year-old Hammel House has reopened after being dark for two years.

Fans of Third Perk Coffehouse & Wine Bar will be pleased to hear that owner Juanita Darden is planning to reopen at a new downtown Dayton location that offers outdoor seating. And the Little York Tavern & Pizza in Vandalia set Oct. 1 as the opening date of its second location, in Kettering.

That’s just a small taste of the Miami Valley’s restaurant-and-food-related news for September 2020. For the full dinner-sized serving of news, read on.


A new downtown bakery-restaurant that will serve breakfast and brunch, as well as desserts, is now open.

Salt Block offers a variety of bakery items, including biscuits in four or five different varieties, served with house-made butters, infused honey, and other spreads, founder Justin Mohler said. There are also several sandwiches, or “Sammies,” on the menu.

© Mark Fisher
SNEAK PEEK: We take you Inside the new Basil’s on Market restaurant, which opens today, Sept. 28, 2020, at the Mall at Fairfield Commons in Beavercreek. MARK FISHER/STAFF


Basil’s on Market has opened its newest location at the main entrance of the Mall at Fairfield Commons in Beavercreek.

Basil’s, which also operates restaurants in Troy and in downtown Dayton, serves lunch and dinner seven days a week, and will offer an “all-you-can-eat” crab special on Friday, a promotion that has proven to be quite popular at the Dayton and Troy restaurants.

The restaurant is located in space that previously housed Flyboys Deli.

© Mark Fisher
The owner of Little York Tavern & Pizza in Vandalia is moving ahead with plans to open a second location in Kettering. MARK FISHER/STAFF


Little York Tavern & Pizza, the popular pub and music destination for nearly four decades in Vandalia, is scheduled to host a grand opening today, Oct. 1, at its new location at 1122 E. Dorothy Lane in Kettering, which is called “Little York Pizza.”

The Kettering space, set back from the road and tucked in behind another business, was most recently Arepas & Co.

“Although the building is much smaller, with a more limited menu, than what is offered in Vandalia, we will still have our same pizza recipe as well as subs, salads, and a few appetizers for our customers to choose from,” founder Matt Hentrick said.

© TOM GILLIAM
Here’s a look at the soft opening of Chaffee’s Brewhouse, located at 15 S. Second St. in downtown Tipp City. The brewhouse features a full bar with Ohio craft beer, craft cocktails, mocktails, wine and carryout beer. Patrons are encouraged to support nearby local restaurants by ordering food and bringing it into the brewhouse. Did we spot you there? TOM GILLIAM/CONTRIBUTING PHOTOGRAPHER


Chaffee’s Brewhouse, a new spot where customers can sit down to enjoy a local craft beer, wine or charcuterie board, opened Sept. 12.

Chaffee’s Brewhouse is located in a portion of the old stomping grounds of the Pink Ribbon Girls on South 2nd Street in downtown Tipp City.

The brewhouse will be offering a plethora of locally made craft beer and wine through a total of 18 taps and collaborations with local breweries and wineries.

Though the brewhouse will be serving light fare, its owners will be allowing patrons to bring in food from surrounding restaurants.


A nearly 200-year-old fixture in Waynesville has come back to life after going dormant two years ago.

The Hammel House Inn, located at 121 S. Main St., in Waynesville, held its grand opening on Sept. 11 with new owners, a fresh look and a new-ish menu.


Catfish Fish & Chicken & Shrimp, which has been under renovation for several months at a former Pizza Hut location at 6020 Old Troy Pike in Huber Heights, opened Sept. 9.

The restaurant has indoor seating and carryout and serves a variety of fried fish, shrimp, chicken dinners and wings, hush puppies, okra, mushrooms and cauliflower, according to the restaurant’s founder, Emad Tuama.


Build-out is underway for Third Perk Coffeehouse & Wine Bar at 146 E. Third St. in the Fire Blocks District of downtown Dayton, where the relocated coffee shop will unveil some new amenities, including outdoor seating, when it opens later this fall.

“I have loved that space for a while,” Third Perk founder and owner Juanita Darden said. The coffee shop, restaurant and wine bar previously operated at 46 W. Fifth St.

The new Third Perk Coffeehouse & Wine Bar will be “COVID-safe” and will offer “the same great menu,” including sandwiches and chili, as her shop at Fifth and Ludlow, Darden said in an interview she posted to Facebook. The previous location closed in February.


Geez Grill & Pub is in the process of relocating to the former Ruby Tuesday restaurant at 6061 Far Hills Ave. in the Washington Square Shopping Center in Washington Twp.

The restaurant’s former location at 5841 Far Hills Ave. in Washington Twp., was tucked into a retail center with no street visibility, and owner Nick Giallombardo has said Geez outgrew its kitchen years ago.

Geez was founded by Steve “Poppa G” Giallombardo, who died in 2017 at the age of 89; his wife Maxine, the matriarch of the family that included nine children; and Nick, who is the second-youngest of those nine children.

Geez Grill & Pub to make its first move in 26 years, and it’s a big one

It was also known for its nearly two dozen vintage arcade games such as Pac-Man, Donkey Kong, Centipede and Mortal Kombat, as well as its half-dozen Nintendo tabletop games, all of which were free for customers to play.

Thu Oct 1 , 2020
LAKE BUENA VISTA, Fla. — It may be at Disney Springs, but one step inside Paddlefish restaurant and you’re transported all up into New England tastes and textures. Paddlefish’s top chef, Steven Richard, is putting his beloved grandfather’s recipe on the Magical Dining Menu. I tell you this, if you’ve never […] 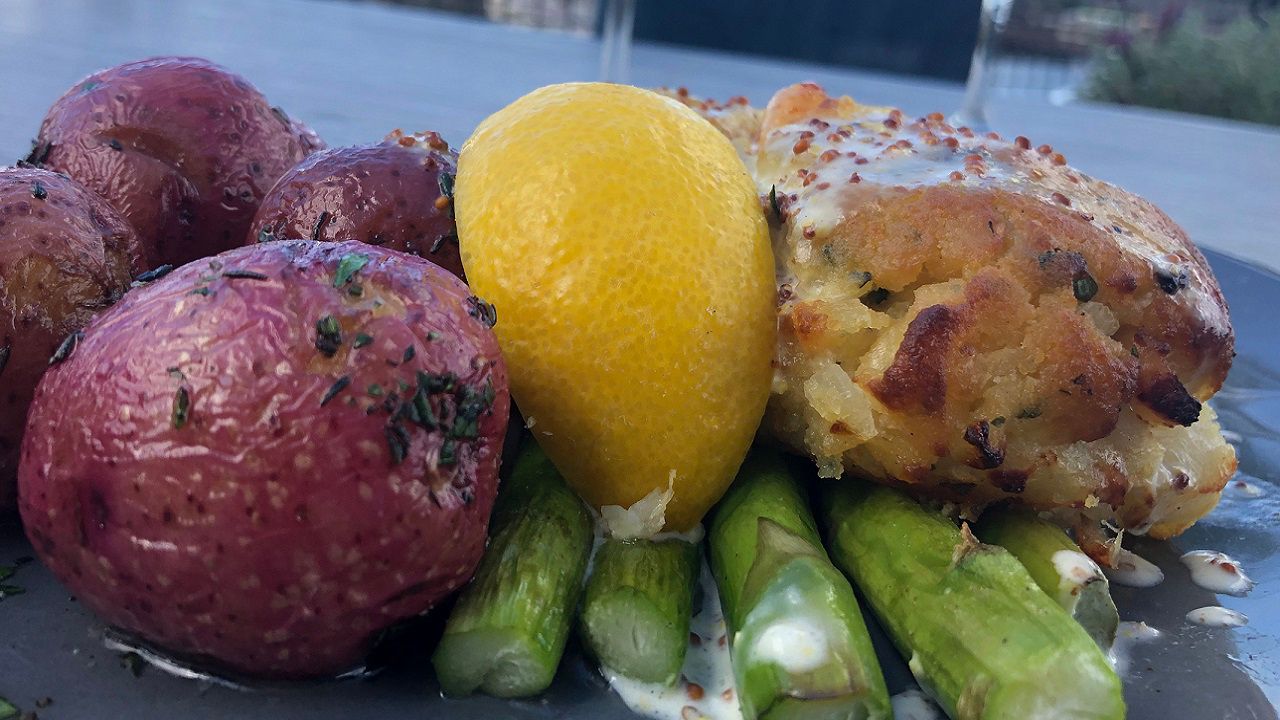