Photographer: Daniel Acker/Bloomberg Photographer: Daniel Acker/Bloomberg Inexpensive chicken was supposed to be the pick of the proteins in the pandemic. But suppliers with a greater focus on beef are outperforming those that rely more on poultry. U.S. and Brazilian chicken producers have been struggling amid oversupply, weak prices and sluggish […]

Inexpensive chicken was supposed to be the pick of the proteins in the pandemic. But suppliers with a greater focus on beef are outperforming those that rely more on poultry.

U.S. and Brazilian chicken producers have been struggling amid oversupply, weak prices and sluggish consumption, with analysts saying a production cut may be needed to prop up prices and defend margins. Beef suppliers have benefited from comparatively stronger demand and prices.

In the U.S., meat production has recovered from virus disruptions, meaning supplies are outstripping demand amid still sluggish food-service sales. With beef output back to normal, the red meat is likely to compete with chicken for grocery-store sales.

“We are going to have this flood of red meat coming into the market,” said Peter Galbo, an analyst at Bank of America, adding that retail features for beef are expected to rise “dramatically” this autumn.

Meanwhile chicken prices are too low and demand too weak to justify advertisements that can help generate sales.

Sanderson Farms Inc., the third-biggest U.S. chicken producer, estimated last week its total production in the fourth quarter of fiscal 2020 will fall 5% from a year earlier. CEO Joe Sanderson predicted “lower demand during the holiday season for all of our products.”

Local corn and soy-meal prices are at all-time highs amid strong demand and local currency weakness that boosts the appeal for exports. Corn prices should stay high amid tight supplies this year, according to Ana Luiza Lodi, an analyst at StoneX in Campinas. The government is considering exempting imports from tariffs to lower costs. Almost 80% of the cost of producing birds comes from feed in the country.

Brazilian poultry companies face weakness in both export and local sales. Traditional buyers such as Saudi Arabia and United Arab Emirates have reduced imports substantially this year. Export prices in August fell 20% from a year earlier.

China is the exception, with Brazil’s exports to the Asian nation climbing 28% this year. But China represents just 17% of Brazilian chicken exports. It’s a different situation in beef, with shipments breaking records this year due to China, which accounts for almost 60% of Brazilian exports.

While a slump in the Brazilian real, boosts export revenues in local currency, that hasn’t been enough to offset higher costs, squeezing exporters’ margins since May, according to Cesar de Castro Alves, an agriculture consultant at Itau BBA. In August, chicken production margins were negative 5%.

The local market hasn’t been helping, with consumption steady despite lower prices. Chicken’s discount to beef has never been bigger. While food-service demand is showing some green shoots, restaurant sales are still low and schools remained closed.

“Brazil’s chicken sector is at a crossroads, with producers increasing output amid a weak export demand and rising costs,” Alves, from Itau BBA, said in a telephone interview. Producers need lower supply in order to lift prices and return to profitability, he said.

Before it’s here, it’s on the Bloomberg Terminal.

Wedding party spending: Here's how to avoid debt when a loved one gets hitched

Thu Sep 24 , 2020
Nowadays, the cost of being a bridesmaid could leave your wallet empty. People are going into debt to attend weddings. More than a third of wedding guests and pre-wedding event attendees reported racking up more than $500 in charges, according to a Credit Karma survey. For those who are popular enough […] 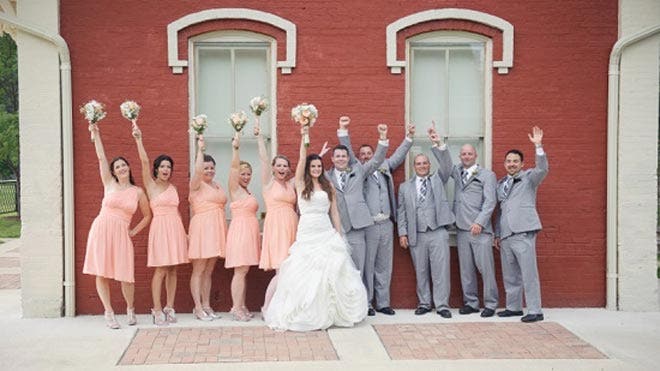