It’s saying something when after just two months in business, a restaurant’s already promoting “new and improved” menu items on Facebook. On one hand, recipes should have been perfected pre-opening, especially during the pandemic downtime. On the other, it can be respectable when a place shows enough introspection to recognize […]

It’s saying something when after just two months in business, a restaurant’s already promoting “new and improved” menu items on Facebook. On one hand, recipes should have been perfected pre-opening, especially during the pandemic downtime. On the other, it can be respectable when a place shows enough introspection to recognize early problems and adjust accordingly.

Buttermilk is the place I’m talking about, though technically their name’s Buttermilk, A Breakfast Eatery, because industry icon Snooze is “An A.M. Eatery,” capable Springs copycat Urban Egg is “A Daytime Eatery” and chain place First Watch is “The Daytime Cafe.” Apparently morning spots feel they must over-identify their purpose in a way dinner spots don’t so they aren’t mistaken for … well, actually I have no damn idea.

Buttermilk took over the former Mikado Asian Bistro space that neighbors owner J.W. Roth’s Bourbon Brothers Smokehouse & Tavern and Boot Barn Hall in the Bass Pro Drive area. It’s a pastel blue-, yellow- and teal-toned, sunlight-bathed space designed around an open bar, with giant food photos of things like gooey glazed cinnamon rolls and engineering renderings of espresso machines and portafilters gracing its walls. (Again, in case you forgot you’re in a breakfast place.) The hip fresh cuteness alone speaks to a lot of potential, but look no further than visible staff frustration and confusion to see the tweaks underway already seem overdue.

At one point a hurried hostess and overwhelmed-looking server verbally spat with one another barely a social-distanced 6 feet from our table. Unprofessional at best.

Our server tells us we “can’t have” the giant, 10-inch cinnamon roll the hostess recommended because there are none, because there’s a new chef who’s going to overhaul the menu in the coming weeks, and we shouldn’t order any of the remaining pastries in the display case. As much as we appreciate the candor and glib almost-humor about it, we rightfully worry about what that portends. Indeed, missteps abound here in a culinary arena so easily mastered at home.

Why $4.50 is the price for everything from a flat white mocha (printed twice on the menu, oddly), to a macchiato, cappuccino and Americano makes no sense, considering the actual espresso and milk ratios (where applicable). And that’s generally a dollar high compared to some our best coffee shops in town. Why should a 32-ounce French press be $13 when that’s usually about 19 grams of bean cost (not much even at retail)?

You can also refill a cold brew growler of the same size for $12 after buying it for $22 ($32 for a 64-ounce, then $22 to refill). Yeah, Mission Coffee Roasters’ beans are quite capable when handled well, but they don’t uniformly seem to be at Buttermilk.

Our $4 drip (briefly forgotten) arrives later than our food and tasting burnt and bitter with a wet saddle aroma. (Later, I ask for samples at the counter of both the custom Over Yonder “lighter roast” and Heavens to Betsy “darker roast” brews made for Buttermilk by Mission and find them not significantly different, as a staffer warns me, but much smoother and enjoyable than what had earlier hit our table.)

My macchiato, in a coffee-stained mug that could have been wiped for better presentation, is much more than “marked” with cream by ratio and a cinnamon-clove dusting in the foam steals any chance of detecting coffee nuance.

A boozy Extra Dirty Southern Chai with Old Forester bears plenty of bourbon bite but scant chai spice and the coffee flavor’s buried too — it needs better bartending/barista work and balance. (Oh, and it arrives with a gnat floating on top.) Our $10 Bloody Mary with Tito’s vodka is OK but again bested elsewhere for dollars less.

Which really hits at the problem, too, with $15 being the rate for a four-pancake flight as well as a fried green tomato Benedict plate, and $16 being the toll for a brisket hash and eggs. All too much.

Buttermilk’s high point, as we can see it, is that brisket — fabulously fatty, chewy braised beef bits with nice char and complementary sweet potato hash under a truly spicy poblano green chile (and we try a basic, peppery country gravy). Two eggs over top and done — yum. Methinks Bourbon Brothers’ barbecue experience has spilled over.

But trouble returns with the other two plates. On both, the grated hash “browns” are largely blond and undercooked with only some caramelized bits, like the flattop cook was in a hurry to move tickets. The fried green tomatoes are mushy, and although the poached eggs are competently done, the hollandaise rates subpar, lacking lemon zing and arriving already oxidized with wrinkled edges, like nacho cheese that’s started to develop a skin as it sits. This is not the mother sauce it should be.

Which brings us to Buttermilk’s biggest sin, its pancakes. To get all Marie Kondo on it, they simply do not bring us joy beyond their accompanying maple syrups, which are actually superlative and the other Buttermilk’s strong point we witness. The honey-citrus tastes bright and clean; the blackberry-sage perfectly herb-laced and fruit-sweet; the smoked bourbon only faintly wooded but beautifully booze-infused.

They deserve better pancakes to absorb them. These are too chewy and stretchy to cut with a fork, as if super glutenous, and they’ve been unevenly cooked to include burned spots that ruin flavor. Worse — with the exception of chocolate chips, because, hey, chocolate — are the fillings of blueberries (we think frozen), strawberries (mushy) and peaches (canned or so sugared sappy they’re indistinguishable from canned). The true litmus test: The kid I’m with who’d usually leave no pancake crumb uneaten abandons all but the chocolate chip.

We’re at $96 post tax/tip for two adults and said kid, and again, as the “Breakfast Eatery” name can’t let me forget, that is for a breakfast that had so many stumbles it should probably have gone back to bed and tried again another day. Which, I guess is what it’s doing with the whole “new and improved” blip (which for the record was in relation to its avocado toast, at heart a two-ingredient item). For my part, the new’s not cutting it; I’ll wait for the improved. 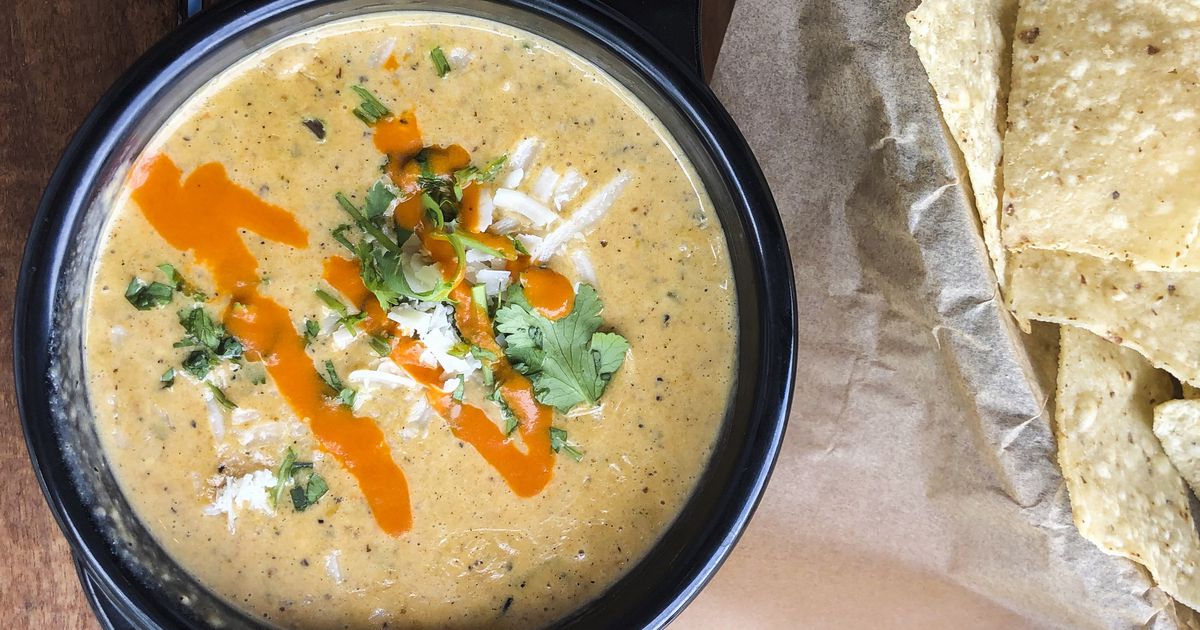