KEY POINTS Cardi B turned 28 on Sunday and held a birthday party in Las Vegas Offset was spotted kissing his estranged wife at the bash, reports said Cardi filed for divorce in September  Cardi B and Offset shared a kiss during the “WAP” rapper’s 28th birthday party a month after the mom-of-one […]

Cardi B and Offset shared a kiss during the “WAP” rapper’s 28th birthday party a month after the mom-of-one filed for divorce.

On Saturday, the “Rhythm + Flow” judge, whose real name is Belcalis Marlenis Almanzar, threw a lavish birthday bash in Las Vegas and invited celebrities like Megan Thee Stallion. Cardi arranged a Playboy jet to transport her guests to the location, People reported.

Kylie Jenner, meanwhile, arrived at the party via her private plane and gifted Cardi a powder blue Birkin bag. Offset also attended the bash, and at one point, was caught on camera kissing the birthday girl.

In a series of posts on Instagram Story, the Migos rapper shared clips of Cardi dancing. He also penned a heartfelt message for her on Instagram to accompany a photo of him and his estranged wife.

“[Y]ou are amazing woman you the best! Me and Kulture are proud of you!!! over came every obstacle in front you they was all sleep at once then you woke the world up! (sic),” Offset captioned the photo.

The birthday celebration came a few days after Cardi defended Offset from fans who criticized him. The “Bodak Yellow” hitmaker took to social media to share her thoughts on the matter, saying she doesn’t care if people don’t like him.

“I don’t talk to him but you not going to disrespect my child father. I will slap the s–t out of you in curtesy [sic] of Kulture,” she wrote in a now-deleted tweet.

Cardi filed for divorce from Offset in September, citing in court documents that their marriage is “irretrievably broken.” The split came amid rumors of infidelity on Offset’s part, prompting fans to slam the Migos rapper.

However, days after news of the divorce filing broke, Cardi denied the speculation that Offset cheated on her.

“People were just flooding me with… ‘Oh, Offset got a girl pregnant,’” Cardi B told her followers in an Instagram Live. “That is why I be telling y’all to stop believing… what people be saying, these blogs are saying, especially blogs that have a certain type of hatred towards me.”

Cardi B and Offset are reportedly expecting a baby together. The rappers are pictured attending NYLON’s Rebel Fashion Party on Sept. 12, 2017 in New York City. Photo: Craig Barritt/Getty Images

Tue Oct 13 , 2020
Southwest Airlines has its sights on Chicago and Houston. Residents from these two cities will soon get extra opportunities to book flights with the commercial airline now that Southwest has announced its plans to expand travel routes. SOUTHWEST PASSENGER ACCUSED OF WEARING ‘LEWD’ TOP IS FORCED TO COVER UP WITH […] 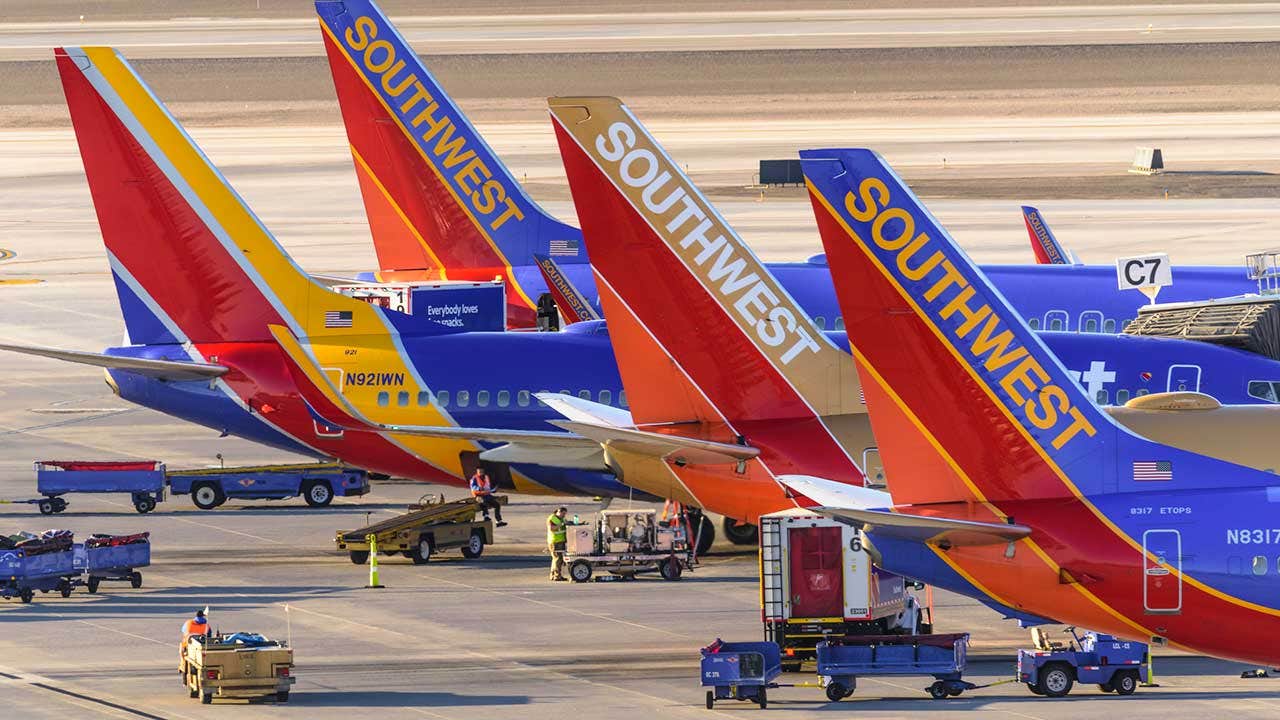