Brian Bartels, who grew up in Reedsburg, opened Settle Down Tavern in Madison in May. (Photo: Courtesy of Ryan Huber)

Bartels, who grew up in Reedsburg (where his uncle ran Larry’s Drinking Establishment), moved back to Wisconsin in October and opened Settle Down Tavern, 117 S. Pinckney St. in Madison, this May during a pandemic, to be closer to family.

Balancing bars and books, Bartels writes every morning. Tipping his hat to a Wisconsin favorite, his first deep dive into drinks was “The Bloody Mary: The Lore and Legend of a Cocktail Classic” (2018, Penguin Random House).

His latest project weaves in mentions of Ernest Hemingway, the Green Bay Packers, and corner bars with some favorite drinks. In stores this month, “The United States of Cocktails: Tales, Traditions and Recipes from Every State” (Abrams Publishing), offers classic and modern recipes, fun facts, and stories behind favorite drinking traditions in every state.

“The United States of Cocktails: Tales, Traditions and Recipes from Every State” (Abrams Publishing),is the latest book from Brian Bartels. The book is in stores this month. (Photo: Abrams Publishing)

Question: How did this most recent book project come to be? How long were you working on it from idea to book?

Answer: I’m from small town Wisconsin, Reedsburg, near Wisconsin Dells. I was so curious about the ways that other parts of the world do things. We have such distinct drinking traditions here. What makes other places different? It becomes a specific regional pastime sometimes in how people drink and celebrate traditions, especially when it comes to bars, taverns and restaurants.

We are social creatures connected by traditions. I love the idea of trying to write a book that did its part in showcasing that, but also making each place unique. There are unique traditions in every one of our states.

Q: What brought you back to Madison?

A: I moved back in late October to open a tavern in Madison called Settle Down Tavern. We opened May 26. We decided to give ourselves a real challenge and open in the middle of a global pandemic. This year has been unprecedented. We’ve been so lucky. We have an outdoor patio. People can eat outside, we can seat inside but only 25%. That’s been its own challenge.

I’m not going to lie, it is a day by day operating any business right now. One of my restaurants in New York just closed last week. It’s tough. There’s no easy day. Sunday is my one day off.

Q: Where did you end up that you might never have otherwise visited?

A: Memphis … I’d been there as a kid, but it was just a memory. The way I did my research, I was living and working full time in New York City. Every two months I’d go to a different part of the country, rent a car, experience one city in a night, and go to as many cities and states in three to four days as I could. Then I’d fly back to New York. It was one of the hardest things I’ve ever done. I am so proud of it. I took all my vacation dates just to write the book.

Q: What surprised you about cocktail culture across the country?

A: In Wisconsin we have our old fashioned three different ways, different than anywhere else in the country. We have ice cream drinks we drink well into the winter, Bloody Marys with beer chasers, and Nelsen’s Hall Bitters Pub on Washington Island. The culture in Wisconsin is so vastly different than other places. …

I discovered the level of cocktail culture has grown exponentially in the last five to 10 years. … It is connecting us as a culture, but also evolving. We’ve had so much growth in distilleries and celebrating locally made and sourced ingredients. Instead of embracing what is across the globe, it is embracing what is around the corner or the next town over.

Q: What was the first cocktail you mastered?

A: I don’t know if I’ve mastered anything. I bartended in college, that was how I learned to bartend. I made a really poor Bloody Mary as my first drink. I spilled all over. I didn’t know how to pour them when I started.

Q: What do most people misunderstand or not know about Wisconsin and cocktails?

A: I have to say this, because it caught me off guard when we opened the tavern. I had somehow forgotten the velocity with the drinking culture here. I was away for 15 years, in New York it is a different culture there for sure. When we opened our tavern in May and June, every time I turned around somebody needed a drink. I make drinks really fast, I worked in college bars in Madison. I learned to be fast right off the bat, if I mastered anything it was speed, because you can’t make drinks fast enough in college town Madison, Wisconsin, so I was caught off guard by how fast people drink here. … That’s something I feel like maybe we shouldn’t carry around with pride, but it should be respected. Or the rest of the country should be concerned about our drinking speed.

Q: Can you give an example of a new or modern classic cocktail?

A: The Paper Plane is a great example, kind of elevated into popularity through the last 10 years I want to say, maybe a little more. It was created by a New York bartender named Sam Ross for a Chicago bar, The Violet Hour.

Now in decorated cocktail establishments everyone knows how to make the Paper Plane. It is a modern classic, and the ingredients are things bartenders like to work with these days: bourbon, aperol, fresh lemon juice and Amaro Nonino. The recipe for the Paper Plane is in the Illinois chapter of the book.

Q: What was the most surprising find during your research for this book?

A: My favorite part, as much research as I did, nothing replaced the genuine interaction of asking whoever was bartending that night “If you weren’t working, where would you go?”

A: It is awesome being back in Wisconsin, I’m getting all these local breweries I can have again. I really love State Line, a local distillery in Madison.

Their gin is very floral and refreshing. I actually live three blocks from the distillery. They haven’t been able to be open during COVID. I really enjoy their gin in a gin and tonic with a lemon.

Table Chat features interviews with Wisconsinites, or Wisconsin natives, who work in restaurants or support the restaurant industry; or visiting chefs. To suggest individuals to profile, email [email protected]

Shake the ingredients with ice until chilled; strain and serve up in a chilled cocktail glass.

Our subscribers make this reporting possible. Please consider supporting local journalism by subscribing to the Journal Sentinel at jsonline.com/deal.

Rocket Bowls prepares for November launch at Trace on the Parkway 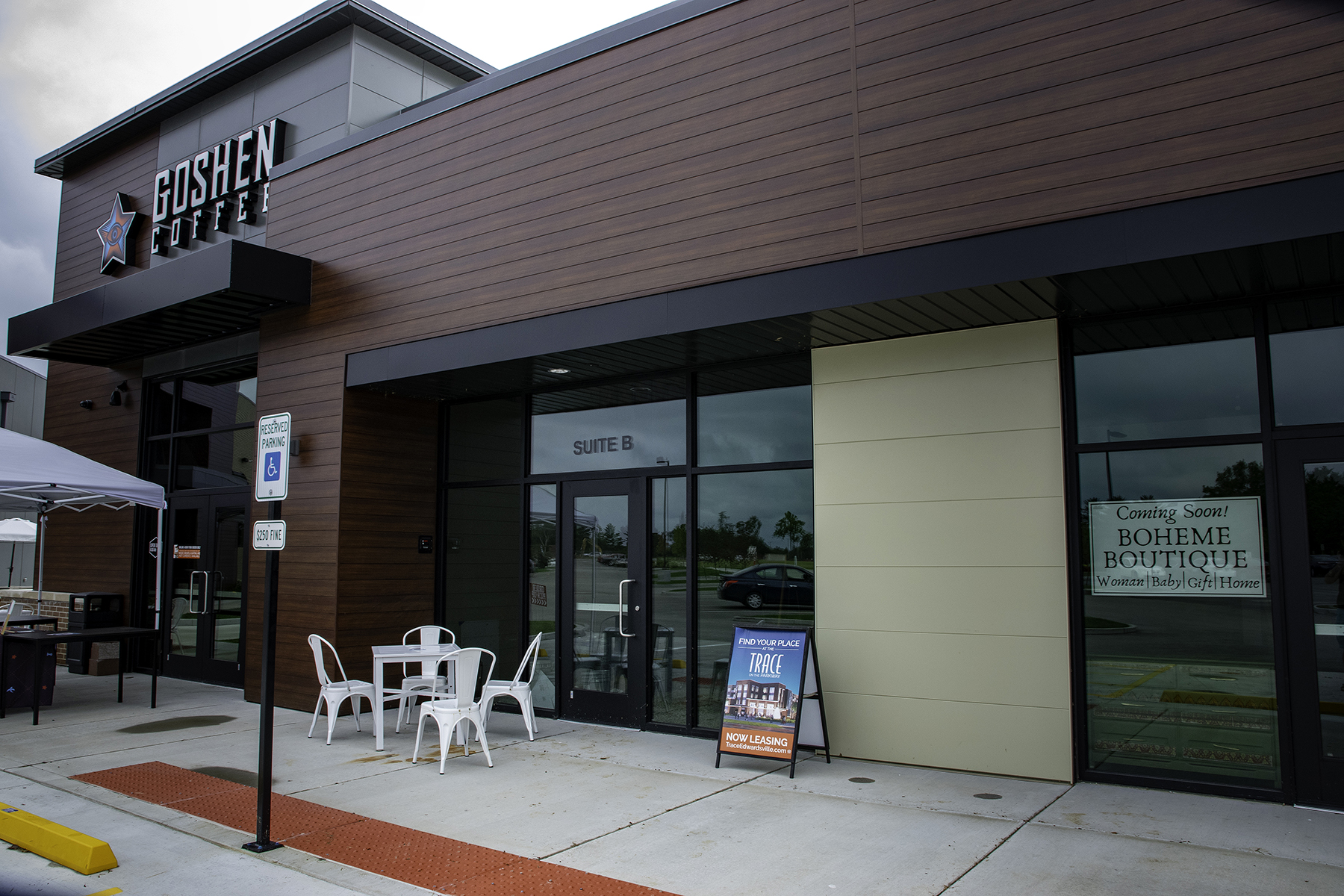