Gov. Greg Abbott finally had some good news for local breweries. On Wednesday, he announced that bars could open at 50 percent on Oct. 14 at the discretion of each county judge. To which Montgomery County Judge Mark Keough said “I’m in 100 percent.” Local brewery owners say this is […]

On Wednesday, he announced that bars could open at 50 percent on Oct. 14 at the discretion of each county judge. To which Montgomery County Judge Mark Keough said “I’m in 100 percent.”

Local brewery owners say this is a step in the right direction after so many months of uncertainty.

Local bars closed immediately in March, then were closed through May 1, opened for a month to three weeks and have been closed again since June 26. In the state of Texas craft breweries fall into the same categories as bars when it comes to their regulations.

This designation left local brewers with more questions than answers about how to keep their businesses afloat.

Over the summer, the Texas Alcoholic Beverage Commission changed its rules allowing breweries to reopen if less than half of their sales came from alcohol and they offered dine-in food options.

To keep the beer flowing, Conroe area breweries shifted their models to be able to serve food and meet this requirement.

This has spurred both Copperhead Brewery and Southern Star Brewery to open kitchens as a part of their operations.

Even with bars reopening on Wednesday, they are both still moving forward with the plans to have kitchens onsite.

Copperhead Brewery near downtown Conroe has been in business as a family run operation since 2015.

Mark Earnest is the president and his son, Seth, is the head brewer. Seth’s wife, Alicia, is the Chief Operating Officer.

Mark Earnest has been in Conroe since 1977 and has owned several businesses. He paints a dire picture of the brewery’s predicament since March.

He said they were at about 25 percent of their normal business as of last week.

“Our distributor has picked up 17 kegs in six months. Typically there are hundreds going out,” he said. “We sell a little beer to go and there’s some beer going to stores, but even that is slow.”

As a fan of the Copperhead beers, his longtime friend Ryan Alworth knew they had to do something for the business.

Alworth had his first job working for Greek Tony’s pizzeria in The Woodlands. Then he went on to work for Continental Airlines.

Early in the pandemic he saw where some restaurants in Houston were closing and selling their equipment. He asked Mark “Hey what do you think about opening a restaurant?”

They agreed to launch the idea and Hoppy Kitchen at Copperhead Brewery got its start.

What they didn’t expect is getting hung up on regulations and natural disasters.

“The idea we drew up on a napkin is exactly what is going on back here,” Alworth said. “But we never dreamed it would take this much time, effort and energy to make it go.”

They spent the summer months getting permits and working through the regulations. Then Hurricane Laura hit and they were unable to get contractors. They were all in Louisiana working to rebuild the hurricane-ravaged area.

Now they’re full steam ahead with the restaurant and hope to open the week of Oct. 20. And Alworth said the bars being open will only help.

The biggest change for Copperhead is that the taproom will be able to reopen at 50 percent.

In the business model 50 percent of their beer goes to bars, 25 to the taproom and 25 percent to grocery stores.

“They’ve been surviving on 25 percent. This allows them back to 50 percent,” Alworth said.

Copperhead Brewery is made up of the taproom and the brewing area with an outdoor patio between there. There was no existing space for a kitchen.

Alworth came up with the idea of using a full-size shipping container as the commercial kitchen. It is located between the brewing operation and the taproom with easy access to the patio area.

They brought a chef from Montana – Chris Groce.

Alworth said the food will be traditional pub food that will go really well with beer. They wanted to make an emphasis on fresh products. Groce will make pizzas from scratch with cheese from Dairymaids out of Houston. He’ll grind his own ground beef and make his own sausage.

“Nothing is coming from a box or pre-prepared,” Alworth said.

Expect bar favorites like fish and chips, sandwiches, salads, burgers and more. And look for Copperhead beers to be used in the recipes.

Alworth said typically people would come for the craft beer, but they’re hoping to switch that up.

“We’re hoping to serve good enough food that people come in for the food and find the beer,” he said. “We love the community and want to be a part of it and provide something people will enjoy.”

He also feels like getting the food operation off the ground will put them in a better position should another shutdown occur.

A barrel-aged beer release will be a part of their grand opening.

Southern Star owner Dave Fougeron said opening the bars is a step in the right direction.

He thinks maybe people will start picking up more draft beer but he sees a minimal impact to his business as most of the Montgomery County bars have turned into restaurants anyway.

At Southern Star both their taproom and outdoor beer garden have been open for business under the new TABC regulations since the summer.

They have food trucks Thursday through Sunday when they’re open. They also rent the taproom out, have private events on the grounds and sell a lot of merchandise. Fougeron expects the food trucks to remain just to be on the safe side.

“I’ve never seen anything like this,” Fougeron said of the business side of things during the shutdown.

The food trucks that come in sign a contract. This gives Southern Star access to their sales while they are stationed at Southern Sar. After every Thursday, Friday, Saturday and Sunday, he sits down on Monday morning to determine how much beer and merchandise was sold over the weekend. He also gets to count their food sales as a part of that revenue.

From the beginning of the pandemic, he’s found that people have policed themselves.

If they think the taproom is too crowded, they’ll head to the outside beer garden. Guests are required to wear masks in the taproom, but they can take them off once they get to their tables. If they are up and around the taproom they must wear a mask.

They also discourage lingering around the bar area.

He feels like there is a lot of gray area as theses rules have developed on the fly along with the pandemic.

Southern Star too will be putting in a kitchen. It will be in the corner opposite from the merchandise area in the taproom.

“We’re still moving ahead with the kitchen area. I’ve been wanting to do that for a long time. (The pandemic) just nudged me in the right direction,” Fougeron said.

It will not have a vent hood, griddle or fryer. He expects to serve big pretzels with cheese sauce and mustard made with Southern Star beers, signature hot dogs, sausages and pressed sandwiches.

He expects the kitchen to be open sometime in the new year. But the food trucks will still be on site to offer more options.

Southern Star is also applying for a winery permit. He said most of the wine made there will be mead made in small batches. A wine room will open as well.

B-52 Brewing Company off of Texas 105 is also open and now licensed as a restaurant with food options. They held their Oktoberfest on Oct. 3.

'Ottolenghi and the Cakes of Versailles' review: Sweet! 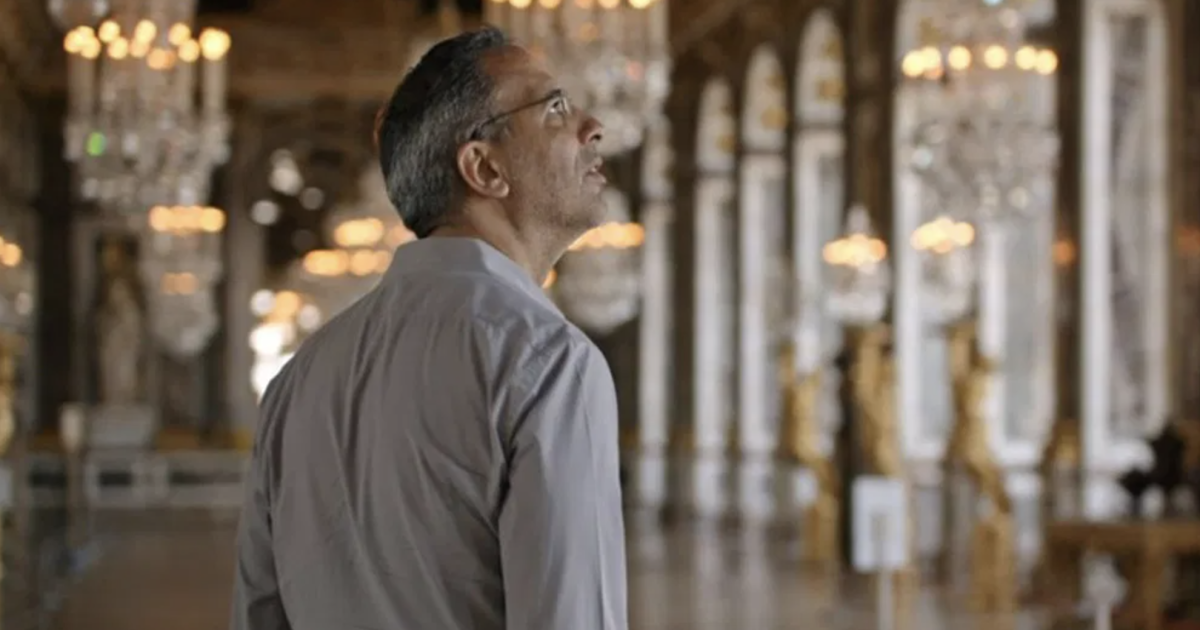