What’s not to love about cooking with kids? Except for the sharp things. And the fire. And flour coating every surface including your hair. Families stuck at home have been cooking together like never before, nurturing sourdough starters, constructing elaborate meals or just making a mess and moving on. Thankfully, […]

What’s not to love about cooking with kids? Except for the sharp things. And the fire. And flour coating every surface including your hair.

Families stuck at home have been cooking together like never before, nurturing sourdough starters, constructing elaborate meals or just making a mess and moving on. Thankfully, a ton of new books help teach kids to cook, and assure me getting kids in the kitchen can be both fun and educational.

With kids home more this fall, cooking is a great opportunity to lure them away from screens, said Melissa Clark, author of “Kid in the Kitchen: 100 Recipes and Tips for Young Home Cooks,” out in November.

“The kitchen is a place they can gain hands-on cooking skills that will nurture them throughout their entire lives. And if you invest a little time teaching them, these skills can be a help for you, too,” she said.

“Kid in the Kitchen,” by Melissa Clark

Here’s how to get started, plus cookbooks and picture books that will appeal to your young foodie.

J. Kenji Lopez-Alt brought his daughter into the kitchen as soon as she came home from the hospital. Before long he was letting her smell and taste what he was cooking.

“She’s been helping me as soon as she could stand,” said Lopez-Alt, author of the new picture book “Every Night Is Pizza Night,” illustrated by Gianna Ruggerio.

“Every Night is Pizza Night,” by J. Kenji López-Alt

For young kids, get a stool or Montessori tower to bring them up to counter height. Start with soft food and a wood knife. Lopez-Alt’s daughter loves using a mortar and pestle to smash garlic.

“The best way to get kids cooking is to let them choose what they would like to make,” said Duff Goldman, author of “Super Good Baking for Kids.” Letting them flip through cookbooks geared to kids can be a great starting point.

“I find it is best to give them a choice in a few things rather than just letting them pick anything in the world.”

Molly Birnbaum, editor in chief of America’s Test Kitchen Kids, suggests making the after-school snack something kids can make themselves.

“Protein-packed, simple snacks that can be made with pantry ingredients are a great bet, especially ones that young chefs can make ALL on their own,” she said. She suggests Cranberry Almond No-Bake Energy Bites, Yogurt and Berry Parfaits, and Bean and Cheese Quesadillas from ATK Kids’ “Kitchen Explorers.”

“Obviously, help when things get dangerous, but for the most part, let them figure things out even if it is frustrating for you to watch,” Goldman said.

Teaching kids safety starts with clean hands and attention to the task at hand, said Sephi Coyle of PCC Community Markets, which has taken its kids cooking classes online.

If the thought of handing a knife to your toddler terrifies you, think about simple rules. Keep their non-cutting hand off the cutting board at first. Then you can teach them to form that hand into a claw, and keep their knuckles against the flat part of the blade.

“Teach kids how to respect the tools, and show them that tools aren’t toys,” Goldman said. “Show kids how to properly use a knife by keeping the blade facing away from them and when cutting on a cutting board to curl their knuckles under so they don’t lose fingertips. Show them how to use kitchen towels for hot things (pot holders tend to be bulky and make holding hot things more difficult in my opinion).”

For families embarking on home-schooling, time in the kitchen can be a great way to make lessons more active.

“Kids will often be far more into learning if the learning involves a delicious snack,” said Molly Birnbaum, editor in chief of America’s Test Kitchen Kids.

“Kids can learn lessons about math in the kitchen (fractions!), about reading comprehension (following a recipe), and the always important lessons of self-sufficiency, and cleaning as you go,” Clark adds.

Letting kids make dishes their own way will inspire them to come back to the kitchen again and again, Birnbaum said.

“We like to have ‘Make it Your Way Challenges’ at ATK Kids, in which we challenge kids to do things like make their dream sandwich using items found in the fridge (the weirder the better!) or experimenting with what foods taste better with a bit of salt (spoiler: watermelon!)”

6. But make them work

Embracing the mess and chaos of cooking with children can be tough.

“I say, let them get messy, let them sift flour on the floor and smear butter on the counters, but then MAKE them help you clean it up. If you clean up after them, they will, alas, never learn,” Clark said.

Coyle of PCC Community Markets recommends keeping a compost bowl at hand for scraps, along with a clean towel and bench scraper to clean as you go.

Fortunately, you can entice kids with things like cookie batter, then slowly ease them into making and cleaning up after dinner.

“It’s a lot easier to engage kids in kitchen chores than say, getting them to help you clean the bathroom,” Clark said.

Need some inspiration? These books help kids get excited about food and trying new things.

This follow-up to the award-winning “¡Vamos! Let’s Go to the Market” visits a Lucha Libre match and the delicious offerings from food trucks outside.

Bilal’s friends haven’t tried daal before but they soon discover its steamy, salty, sweet goodness, and that cooking is better with friends.

3. “Amy Wu and the Perfect Bao,” by Kat Zhang and Charlene Chua

Amy Wu has trouble making the family recipe, until she learns to form the perfect child-sized bao.

This ode to a Native American staple celebrates its humble origins and the importance of food in culture.

Mo isn’t like the other zombies. He likes graaaains. Can he get his brain-eating family on board with a healthy choice?

6. “How to Feed Your Parents,” by Ryan Miller and Hatem Aly

In this fun role-reversal, an adventurous child tries to expand the palates of her picky parents.

The story of this celebratory soup from Haiti is about the end of slavery and a taste of freedom.

A little artist and his octopus inspire his Grandma to make a pulpo guisado, but the octopus they find at the market has other ideas.

Lisa Tolin is head of special projects for TODAY Digital.

Women can get abortion pill by mail, for now

Mon Oct 12 , 2020
Mifepristone, commonly called the abortion pill, is the most common form of abortion in Kansas. Celia Llopis-Jepsen / Kansas News Service WASHINGTON (AP) — The Supreme Court on Thursday said it would for now continue to allow women to obtain an abortion pill by mail during the COVID-19 pandemic. The […] 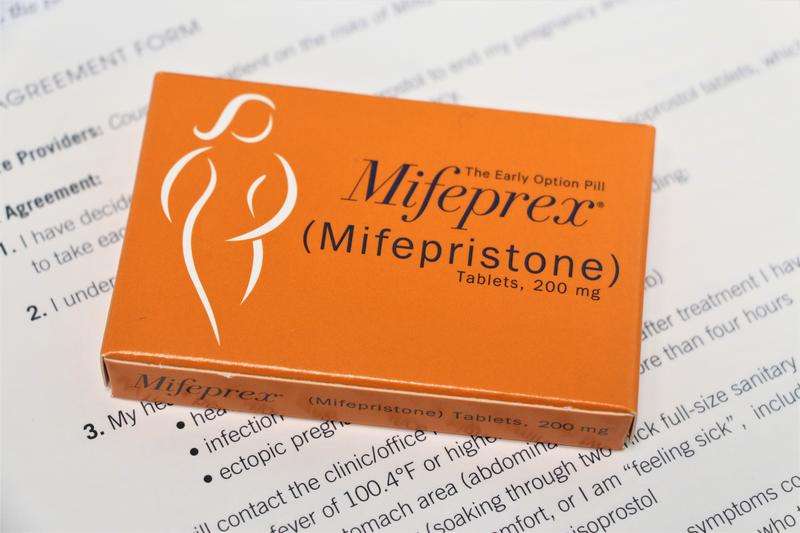