Jasmine Stole Weiss, Pacific Daily News Published 1:56 p.m. ChT Oct. 1, 2020 CLOSE Get breaking news updates and read about trending stories sent to you as a text message to your wireless device. Pacific Daily News The owner of Francy’s Fish Mart failed to prove to a judge that […]

Get breaking news updates and read about trending stories sent to you as a text message to your wireless device.

The owner of Francy’s Fish Mart failed to prove to a judge that contested food stamp transactions weren’t because of trafficking.

The judge this week issued an order in favor of the federal government.

Trafficking is when SNAP benefits are exchanged or sold for cash or other non-food items. Store owners that are approved to be part of the program agree that SNAP benefits will only be used to buy eligible food items.

Arcy Pon filed a complaint in District Court of Guam in 2017, seeking a judicial review of the U.S. Department of Agriculture’s final decision to exclude her from the Supplemental Nutrition Assistance Program.

The owner of Francy’s Fish Mart failed to prove to a judge that contested food stamp transactions weren’t because of trafficking, a federal judge ruled Wednesday. (Photo: PDN file)

Between October 2015 and February 2016, SNAP EBT transaction data showed transactions made from individual accounts in unusually short time frames. Excessively large purchases were also made at the store, documents stated.

Pon in court documents stated she was fast with the cash register and she sells fish for about $5 a pound. She said her customers often live as one big family and share one EBT card. Pon also said her store gets busy especially during the first days of the month.

In their motion, assistant U.S. attorneys stated there were 86 transactions made within seconds or minutes of each other and were “too rapid to be credible.”

As an example, six transactions for various amounts — between $11 and $155 — occurred within five minutes on Nov. 1, 2015, court documents show.

One of those transactions was for 12 items. The time between that transaction and the next one was 17 seconds, according to the government. The federal attorneys stated it’s inconceivable that Pon would be able to handle 12 separate items without an optical scanner, then manually key in the type of food and price and complete the transaction in 17 seconds.

An investigator visited the store and found mostly fresh seafood, some canned meats, canned seafood and eggs for sale. The investigator saw the checkout counter was small. At the time of the inspection, there weren’t any carts or baskets. USDA found the limited inventory and limited facilities “would not allow the store to legitimately conduct some of the questionably large transactions,” according to assistant U.S. attorneys.

Pon gave USDA receipts for the investigation period, but the agency determined the receipts and Pon’s explanations weren’t enough.

The store was permanently disqualified from the program and Pon was notified in a letter dated May 11, 2016. Pon and her attorney, William Gavras, then sought an administrative review of her case, but in June 2017 USDA decided the disqualification was supported by evidence.

Pon took the issue to the District Court of Guam in July 2017. Gavras stated Pon didn’t engage in trafficking and USDA’s decision was erroneous. They asked for a court order to reverse USDA’s finding.

The U.S. Attorney’s Office, representing USDA, stated it’s up to Pon to show the questionable transactions were for legitimate food sales and Pon couldn’t demonstrate that. They asked for summary judgment in their favor, which Chief Judge Frances Tydingco-Gatewood granted Wednesday.

Tydingco-Gatewood noted Pon didn’t provide evidence to back up her arguments.

“Plaintiff has provided no evidence to suggest that (Francy’s Fish Mart) did not engage in trafficking SNAP benefits,” Tydingco-Gatewood stated. “Indeed, Plaintiff’s declaration is perhaps more notable for what it omits than what it states — nowhere in the declaration does Plaintiff state under penalty of perjury that she did not engage in trafficking of SNAP benefits.”

Even if Pon did state she didn’t engage in trafficking, this statement alone likely wouldn’t change the outcome of the motion, “given the strength of the government’s evidence,” Tydingco-Gatewood said in her order.

Hauge’s case is still open and awaiting an answer from the U.S. Attorney’s Office.

Mon Oct 5 , 2020
One look at the foliage billowing out of Vanderpump Cocktail Garden and you might wonder if it’s a hipster version of Rainforest Cafe. It might seem intimidating, but don’t worry, you’re cool enough to go inside. You can tell them Las Vegas Magazine sent you. Yet, that might not get […] 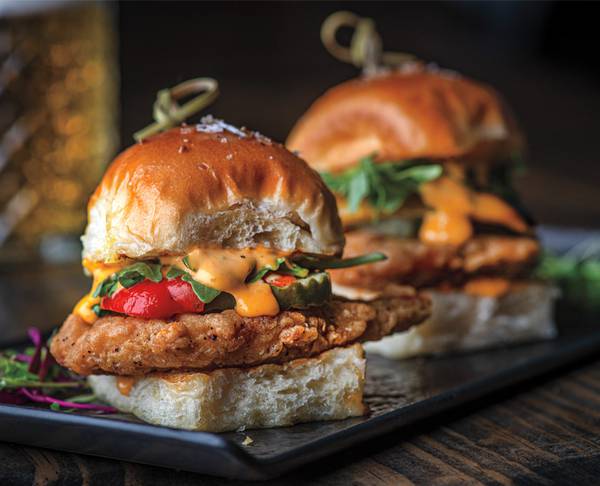