The new series of First Dates landed on Channel 4 this month. Fred Sirieix returned to the famous restaurant on Thursday, October 1 alongside his famous waiting team. Cast members include Merlin, who works on the bar, Laura, Cici, Austin and Grant, and together they make sure everyone’s night runs […]

The new series of First Dates landed on Channel 4 this month.

Fred Sirieix returned to the famous restaurant on Thursday, October 1 alongside his famous waiting team. Cast members include Merlin, who works on the bar, Laura, Cici, Austin and Grant, and together they make sure everyone’s night runs smoothly.

But when they’re not helping singletons looking for love on the Channel 4 show, the crew are pretty busy. According to The Mirror, the waiting staff do not work at the restaurant full-time and are just taken on while the series is filmed.

So what do they do for work when the cameras aren’t rolling and how were they cast for the show?

Many of them were working in hospitality before the series — speaking to Radio Times back in 2017 First Dates producer Molly Sayers explained the process behind casting.

She said researchers went out to “trendy bars that were likely to have cool people in them” across London to cast waiters, barmen and a maître d’ for the show.

Molly added: “Cici was cast in that way. Laura was a friend of a friend in the end. Fred and Merlin were a little bit more forensic. Certainly Fred – he gave me the runaround and I had to work quite hard to get him interested in the premise. But we had an idea of what people we were looking for and then we knew when we found it, basically.”


Fred is the maître d’hotel and first face anyone sees when they enter the restaurant.

He trained to work in front of house at a Michelin-starred restaurant in France before moving to London.

He’s probably most famous for the hit ITV show Gordon, Gino and Fred: Road Trip, in which he travels around the world with celebrity chefs Gordon Ramsay and Gino D’Acampo.

The star has also presented Million Pound Menu and Remarkable Place to Eat on BBC Two and even released a book called First Dates: The Art of Love.

As of September this year, Fred also became a wine ambassador for Marks and Spencer

© Channel 4
Merlin Griffiths is the barman on First Dates


The barman always shakes up a drink for the First Dates guests before they are seated.

He has been a mixologist for more than 20 years and owns his own bar and restaurant in north-west London.


The popular team member has several acting credits under her belt, having trained at New York Film Academy.

Her credits include short films Beautiful Girls and Sleep.

As well as her job welcoming hopeful singletons on First Dates, CiCi is a trained Hot Pilates teacher.

Austin worked as an extra for a number of years and dabbled in modelling. He is also an accomplished dancer.

He has previous experience in the hospitality industry, working at both Jamie’s Italian and The Breakfast Club, but wants to focus on his acting career.

The famous waitress announced earlier this year she had qualified as a paramedic.

The First Dates star has been on the frontline as the world battles the Covid-19 pandemic.

She even documented her symptoms on social media after testing positive for coronavirus earlier this year.

The waiter has experience in hospitality having previously worked in pubs that helped him land the Channel 4 job.

He also has theatre credits under his belt and regularly posts videos of him singing and playing the guitar on social media.

Sat Oct 10 , 2020
JACKSONVILLE, Fla. – It’s national fire prevention week – this year’s focus is kitchen safety. The national fire protection association says cooking is the number 1 cause of all home fires and injuries –and unattended cooking is the leading cause of fires in the kitchen. Fire safety officials say cooking equipment causes 49% […] 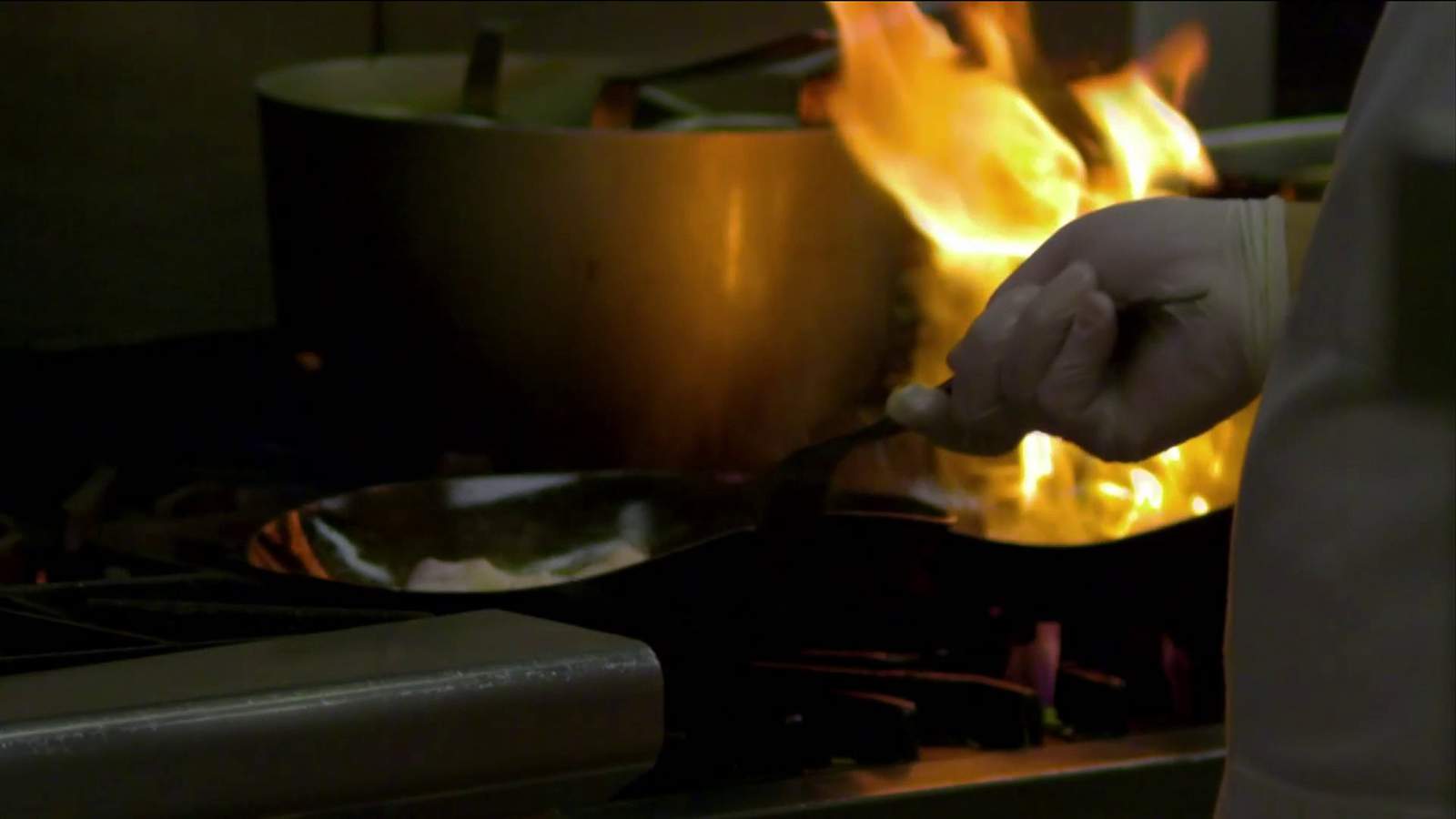