The National Fire Protection Association (NFPA), the official sponsor of Fire Prevention Week for more than 95 years, has announced “Serve Up Fire Safety in the Kitchen” as the theme for Fire Prevention Week, set for Oct. 4-10. This year’s focus on cooking fire safety is supported by findings from […]

This year’s focus on cooking fire safety is supported by findings from NFPA’s newly released U.S. Home Cooking Fires report, which shows that cooking is the leading cause of U.S. home fires and home fire injuries; nearly half (49 percent) of all U.S. home fires are caused by cooking activities.

“Cooking continues to be a major contributor to the home fire problem,” said Lorraine Carli, vice president of NFPA’s Outreach and Advocacy division. “This year’s Fire Prevention Week campaign works to better educate the public about where potential cooking hazards exist, along with basic but critical ways to prevent them.”

According to the report, approximately 173,000 cooking fires occur in homes each year, resulting in 550 civilian deaths, 4,820 reported civilian fire injuries, and more than $1 billion in direct property damage.

Unattended cooking is the leading cause of U.S. home cooking fires and associated fatalities. A survey conducted this year by the American Red Cross underscores the prevalence of this behavior, with nearly 70 percent of respondents saying they’ve left the kitchen while cooking on the stove; 55 percent of U.S. adults say they have walked away from their grill while cooking.

Carli notes that focusing on these and other cooking safety issues during Fire Prevention Week is particularly timely because of the pandemic. “As the public continues to remain at home in response to COVID-19, cooking will continue to occur at increased levels, presenting a greater risk for associated fires. Fire Prevention Week serves as an ideal opportunity to share tips and guidelines for safely cooking at home.”

Key messages around this year’s campaign, “Serve Up Fire Safety in the Kitchen,” include:

• Remove anything that can catch fire, such as oven mitts, wooden utensils, food packaging, and dish towels, well away from the stovetop and other cooking equipment.

• Be alert while cooking. If you are sleepy, taking medication that makes you drowsy, or under the influence of alcohol or other substances, avoid cooking.

For more information about Fire Prevention Week and this year’s theme, “Serve Up Fire Safety in the Kitchen,” along with resources to help promote the campaign locally, visit fpw.org.

Become a sustaining member of KyForward with a tax-deductible donation today and help us continue to provide accurate, up-to-date local news and information you can depend on.

There's no "back to normal" for the restaurant industry

Sat Oct 3 , 2020
Monica Lee opened Beverly Soon Tofu in 1986, and over three decades it became one of Koreatown’s bedrocks for nourishment. But earlier this month, the tofu house announced on Instagram that it was closing permanently as of Sept. 20 — yet another loss in the restaurant community stemming from the […] 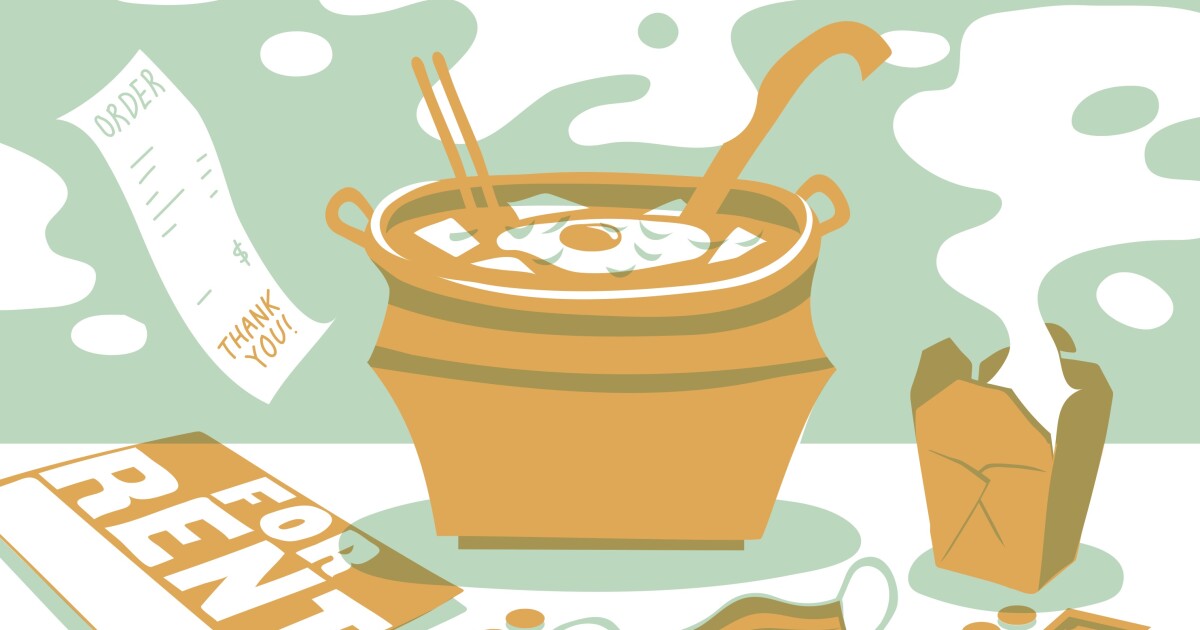