With Daniel Lippman HOW ONE CONSERVATIVE OUTSIDE GROUP SEES SUPREME COURT BATTLE: The Supreme Court vacancy caused by the death of Justice Ruth Bader Ginsburg is the first during the Trump administration in which Mike Davis, a former chief nominations counsel to Sen. Chuck Grassley (R-Iowa) who helped confirm Justices […]

HOW ONE CONSERVATIVE OUTSIDE GROUP SEES SUPREME COURT BATTLE: The Supreme Court vacancy caused by the death of Justice Ruth Bader Ginsburg is the first during the Trump administration in which Mike Davis, a former chief nominations counsel to Sen. Chuck Grassley (R-Iowa) who helped confirm Justices Neil Gorsuch and Brett Kavanaugh, is working on the outside. Davis last year started the Article III Project, which is now one of a constellation of outside groups working to make sure the Senate confirms Amy Coney Barrett, President Donald Trump’s Supreme Court nominee.

— Another of those groups, the Judicial Crisis Network, has pledged to spend $10 million to help convince the Senate to confirm Barrett and has started airing TV and digital ads in Iowa, Colorado, Maine and North Carolina, where Republican senators are facing tough reelection races. (Demand Justice, a liberal outside group, has pledged to spend the same amount to fight Barrett’s confirmation.) Davis is pursuing a different strategy. “We’re probably not going to spend money on TV ads because we think they’re a waste of money,” he said in an interview. Instead, he’s focused on earned media and digital ads and strategizing directly with the offices of Mark Meadows, the White House chief of staff; Pat Cipollone, the White House counsel; Senate Majority Leader Mitch McConnell; Sen. Lindsey Graham (R-S.C.), the chair of the Senate Judiciary Committee; and Grassley, among others.

— The Article III Project’s mission is to defend Barrett from Democratic attacks. Davis said he plans to bring up comments made by Sen. Dianne Feinstein (D-Calif.) during Barrett’s 2017 confirmation hearing that “the dogma lives loudly within you” — which which Republicans have denounced as anti-Catholic — and some Democrats’ push to add more justices to the Supreme Court every change he gets. “We’re not changing hearts and minds,” he said. “Our job is to confirm the president’s Supreme Court nominee.”

— Davis’s team for the confirmation battle includes Mark Lucas, a former Americans for Prosperity senior vice president who worked to help get Gorsuch and Kavanaugh confirmed; Will Chamberlain, the publisher of Human Events; Ian Prior, a consultant and lawyer who’s a veteran of Trump’s Justice Department; Matt Mackowiak and Logan Cheney of Potomac Strategy Group; Jason Cole, Ashley St. Clair and Erik Russell of Arsenal Media Group; Kenny Cunningham of Cunningham Communications; and the lawyers Jordan Smith and Nathan Williams.

Science helps us to make informed decisions—from the food we buy to the cars we drive. So why is society yet to embrace its fullest potential? In an international survey of 19,100 adults, the findings were clear. The citizens of the world want government officials to prioritize science over ideology and facts over politics. So, does the public’s grasp of and respect for science matter? Philip Morris International (PMI) believes it does. Learn more about this international survey at pmi.com/sciencefirst

ANOTHER REMEMBRANCE OF JIM SMITH: The longtime lobbyist John McKechnie wrote to PI on Friday to point that we failed to note an important chapter in the career of Jim Smith, one of the co-founders of the lobbying firm the Smith-Free Group, who died last week. Smith served as comptroller of the currency in the 1970s.

— “I first met him when I was a twenty-something year old, insignificant House staffer, and he had no reason to be kind and helpful to me,” McKechnie wrote in an email. “And yet he was, and he continued to be that way to everyone he met until he stepped off stage a few years ago. Most people who are as knowledgeable as Jim Smith aren’t as nice, and most people as nice as Jim was aren’t as knowledgeable. It’s no wonder that he was such a success, and he will be missed on every level.”

CHAMBER LOOKS TO RESET RELATIONSHIPS WITH SENATE DEMOCRATS: The U.S. Chamber of Commerce is trying to patch up its relations with Senate Democrats, POLITICO’s Alex Isenstadt reports. “Jack Howard, the Chamber’s senior vice president of congressional and public affairs, announced during a Friday morning staff video conference that the organization would be engaging in an ‘all-hands-on-deck … serious, sustained’ effort to ‘normalize our relationships’ with Senate Democrats, according to a clip of the meeting obtained by POLITICO.”

— “‘I don’t want anyone to be under any illusion about how challenging this will be. We’re starting frankly from a deep hole with a lot of Senate Democrats. So on the outreach side things are going to be very dicey,’ Howard continued.” Howard’s comments come weeks after the traditionally Republican-leaning Chamber endorsed nearly two dozen House Democrats for reelection.

MORE DETAILS ON THE BOOM IN BUSINESS AT MAR-A-LAGO, DORAL: Russ Buettner, Susanne Craig and Mike McIntire’s bombshell investigation of President Donald Trump’s tax records in The New York Times includes new details about who’s spending big at Mar-a-Lago and Trump’s Doral golf club. Profits at Mar-a-Lago “rose sharply after Mr. Trump declared his candidacy, as courtiers eagerly joining up brought a tenfold rise in cash from initiation fees — from $664,000 in 2014 to just under $6 million in 2016, even before Mr. Trump doubled the cost of initiation in January 2017. The membership rush allowed the president to take $26 million out of the business from 2015 through 2018, nearly triple the rate at which he had paid himself in the prior two years.”

— “Some of the largest payments from business groups for events or conferences at Mar-a-Lago and other Trump properties have come since Mr. Trump became president, the tax records show. At Doral, Mr. Trump collected a total of at least $7 million in 2015 and 2016 from Bank of America, and at least $1.2 million in 2017 and 2018 from a trade association representing food retailers and wholesalers. The U.S. Chamber of Commerce paid Doral at least $406,599 in 2018.”

MORE CONCERNS ABOUT PAYCHECK PROTECTION PROGRAM LOAN FORGIVENESS: “When the government pledged to give small businesses billions of dollars in rescue loans during the pandemic, it was an offer almost too good to refuse: The loans could be forgiven if employers only maintained payroll,” POLITICO’s Zachary Warmbrodt reports. “In little more than four months, the Paycheck Protection Program doled out $525 billion in loans to 5.2 million borrowers, which economists estimate saved millions of jobs. But to date, none of the loans have been forgiven.”

— “Lenders that helped the government deliver the money are warning that the effort is running into new delays and complications that could leave struggling employers on the hook with unanticipated debt. … Banks are becoming more vocal about their complaints as they lobby Congress to pass legislation that would slash the amount of paperwork that businesses have to fill out to file for loan forgiveness, in particular those with loans under $150,000.” 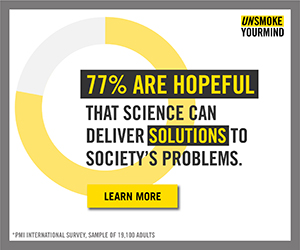 IF YOU MISSED IT ON FRIDAY EVENING: The Health and Human Services Department “is moving quickly on a highly unusual advertising campaign to ‘defeat despair’ about the coronavirus, a $300 million-plus effort that was shaped by a political appointee close to President Donald Trump and executed in part by close allies of the official, using taxpayer funds,” POLITICO’s Dan Diamond reports.

— “The ad blitz, described in some budget documents as the ‘Covid-19 immediate surge public advertising and awareness campaign,’ is expected to lean heavily on video interviews between administration officials and celebrities, who will discuss aspects of the coronavirus outbreak and address the Trump administration’s response to the crisis, according to six individuals with knowledge of the campaign who described its workings to POLITICO.”

— “Senior administration officials have already recorded interviews with celebrities like actor Dennis Quaid and singer CeCe Winans, and the Health and Human Services Department also has pursued television host Dr. Mehmet Oz and musician Garth Brooks for roles in the campaign. The public awareness campaign, which HHS is seeking to start airing before Election Day on Nov. 3, was largely conceived and organized by Michael Caputo, the health department’s top spokesperson who took medical leave last week and announced on Thursday that he had been diagnosed with cancer. Caputo, who has no medical or scientific background, claimed in a Facebook video on Sept. 13 that the campaign was ‘demanded of me by the president of the United States. Personally.’”

Science helps us to make informed decisions—from the food we buy to the cars we drive.
So why is society yet to embrace its full potential?

In an international survey of 19,100 adults, we asked about people’s interest in science, their access to and understanding of scientific information, and how they rate various sources of scientific knowledge. The survey results indicate that citizens of the world want governments and public authorities to prioritize science and fact over ideology, politics, and unsubstantiated beliefs.

WITHOUT scientific literacy, we MIGHT lose opportunities for progress and potential solutions to critical global challenges.

So does the public’s grasp of and respect for science matter?
Philip Morris International (PMI) believes it does.

Learn more about this international survey at pmi.com/sciencefirst

Could East Baton Rouge bars reopen this week? Officials request it, but here's what it depends on | News

Wed Sep 30 , 2020
Mayor-President Sharon Weston Broome has asked that the Louisiana Office of Alcohol and Tobacco Control be ready to ease restrictions on East Baton Rouge bars if the parish’s rate of positive coronavirus infections is low enough when new figures are reported by state health officials Wednesday.   Once “opt-in” status is […]