Both English and Spanish versions (“Ingredientes Para Una Bruja”) are available for purchase.

Broadway vet John Treacy Egan and Metropolitan Opera regular Jason Simon’s popular children’s book, “Ingredients for a Witch”, originally released in print in 2019, was released as an e-book on September 15th, 2020. Both English and Spanish versions (“Ingredientes Para Una Bruja”) are available for purchase on Amazon.com or www.ingredientsforawitch.com.

Written by Egan with illustrations by Simon, under the partnership ScribbleScribe, “Ingredients For a Witch” is the early reader book in a series of stories about Betty, a young witch apprentice who learns many life lessons as heads down the path to becoming a real full fledged witch of Halloween Hills. Along with her two companions, Pumpkin, an orange cat, and Boney, a skeleton boy, Betty gains confidence while preparing for her duties as an apprentice. The book is derived from a song from a children’s musical Egan wrote with composer Robi Hager in 2016.

“Jason and I are thrilled with the response of the first printed edition of the book,” said Egan. “The book instills the idea that the power you need to accomplish anything is within you all along, and with a little help from your friends anything is possible. We are really grateful to now release the book digitally and in Spanish, so that we can spread this message further and wider.”

John Treacy Egan last appeared as Colonel Mustard in CLUE at The Cleveland Playhouse directed by Casey Hushion. Egan was seen on Broadway in My Fair Lady at Lincoln Center Theater. His other Broadway credits include the TONY nominated Casa Valentina at Manhattan Theater Club. He played Chief Berry in Nice Work If You Can Get It and created roles in Sister Act (Joey) and Disney’s The Little Mermaid (Chef Louis). He played Max Bialystock in the The Producers as well as the roles of Roger DeBris and Franz Liebkind. He was an original cast member of Jekyll & Hyde and Roundabout’s Bye Bye Birdie. Off-Broadway, John created roles in Clinton The Musical, Howard Crabtree’s When Pigs Fly!, Disaster The Musical, It Must Be Him and Batboy The Musical. He has performed at Carnegie Hall as Nicely Nicely Johnson in Guys & Dolls with Nathan Lane and Megan Mullaly. He was also performed with Josh Groban in The Actor’s Fund of America Benefit of Chess. Regionally, John has performed with Yale Reparatory Theater in The Servant Of Two Masters. He has appeared on television in “Gotham”, “Younger”, “The Good Wife”, “The Knick”, “Boardwalk Empire”, “Nurse Jackie”, “30 Rock”, “Cupid”, “Law & Order”, and the films “Last Night”, and The Producers. He can be heard on many theatrical recordings as well as his own solo CDs “Count the Stars” and “On Christmas Morning” are available on iTunes and cdbaby.com. and can be followed at @jtrec3 on instagram.

Jason Simon has appeared on stage in all 50 United States, Canada, Mexico and Puerto Rico. He’s been seen on TV, film, as a voice in both video games & animated features, and in over 70 different theatrical productions including the national tours of Funny Girl, The Scarlet Pimpernel, Cats, The Producers, The Wizard of Oz, and Sister Act. He’s performed at Lincoln Center with the New York Philharmonic. In three productions at the Metropolitan Opera with famed director/choreographer Susan Stroman and Maestro James Levine, and shared the stage with opera greats Renée Fleming, Paolo Szot, Susan Graham, and Sir Thomas Allen. Jason is an accomplished artist and can be followed at @scaredylion on instagram.

More Hot Stories For You

Thu Oct 1 , 2020
CLEVELAND, Ohio — The company that operates the International Exposition Center, which for 35 years has hosted major events in the city, said Wednesday that it is closing the facility, a casualty of the coronavirus pandemic. “The global pandemic has decimated the event industry as well as many other businesses […] 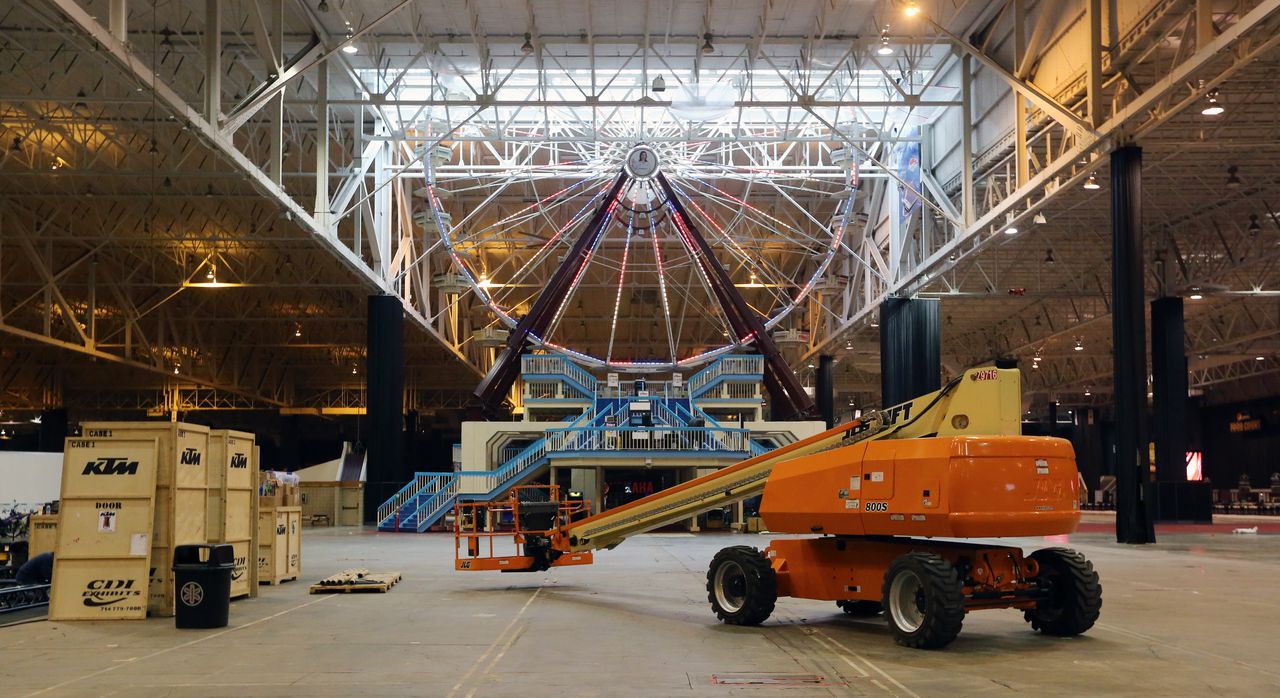