Maria Gonzalez, originally from Mexico, is now a proud entrepreneur and business owner in northwest Cedar Rapids. Together with her husband, Javier, Gonzalez owns El Super Burrito & Lupita’s Bakery, 3300 Johnson Ave. NW. What began as a humble home bakery 17 years ago has expanded to a full-service restaurant […]

Together with her husband, Javier, Gonzalez owns El Super Burrito & Lupita’s Bakery, 3300 Johnson Ave. NW. What began as a humble home bakery 17 years ago has expanded to a full-service restaurant with a loyal following.

So loyal, in fact, that the Gonzalezes purposefully choose not to advertise when they have specials and celebrations.

“We have a small kitchen and a small space,” Maria Gonzalez said. “We celebrate Dec. 4 as our anniversary every year, and we don’t even advertise because there are so many people that come. … May 5 (Cinco de Mayo) is also a crazy time for us.”

Gonzalez’s path to owning her own business, however, didn’t begin with cooking or with burritos. It began when she was growing up in Acambay, in central Mexico, where she learned to bake from her grandparents.

Over the years, she worked as a hairstylist and also enrolled in medical school for a while before financial complications forced her to drop out.

In 2000, knowing no English but with minimum-wage jobs, the Gonzalezes and their children moved to Cedar Rapids.

“When we started working (at Rusco Windows), we knew we wanted to start saving a little bit of money to start a business,” Gonzalez said.

Three years later, the couple sold Javier Gonzalez’s car and invested $7,000 to open Lupita’s Bakery. Some of the money went to another local baker for some informal lessons on running a bakery.

“When we decided to start the bakery, we knew we needed to learn a little bit more,” Maria Gonzalez said.

That was the year she also enrolled in free English classes at the Catherine McAuley Center, a Cedar Rapids nonprofit.

“She’s a wonderful student. I’m always impressed by her work ethic,” said Karen Vander Sanden, Gonzalez’s English tutor at the center. “Through speaking with her, I know that she truly feels she has achieved some of life’s greatest goals.”

Vander Sanden began tutoring Gonzalez in 2015. Many of their weekly sessions were spent working through “large manuals” for the business.

“She has incredible business sense,” Vander Sanden said. “The way she has been able to apply her skills to the success of her business just further shows how dedicated and motivated she is to make it work.”

Gonzalez is one of the center’s longest-served and most accomplished English as a Second Language learners, Vander Sanden said.

One year after opening Lupita’s Bakery, the Gonzalezes secured a $23,000 no-interest loan through a state-sponsored women in business program, which also gave Maria Gonzalez the opportunity to take business classes. And that led to the couple expanding El Super Burrito & Lupita’s Bakery.

Since 2004, Maria Gonzalez has managed the restaurant’s business operations while her husband and several other family members work in the kitchen. Two of the couple’s three children are grown and out on their own.

“Sometimes we think we’d like to have a bigger restaurant,” Maria Gonzalez said, when reflecting on her business’ success. “But we don’t have enough family to help us, so we stay here.”

Wed Oct 14 , 2020
CHARLOTTE, NC — Recent health inspections in Mecklenburg County found numerous infractions in area kitchens, including 18 violations at one Charlotte restaurant where an inspection found a chef washing their hands without soap, dirty kitchen gear, and employee cell phones in a food prep area, according to a recent report […] 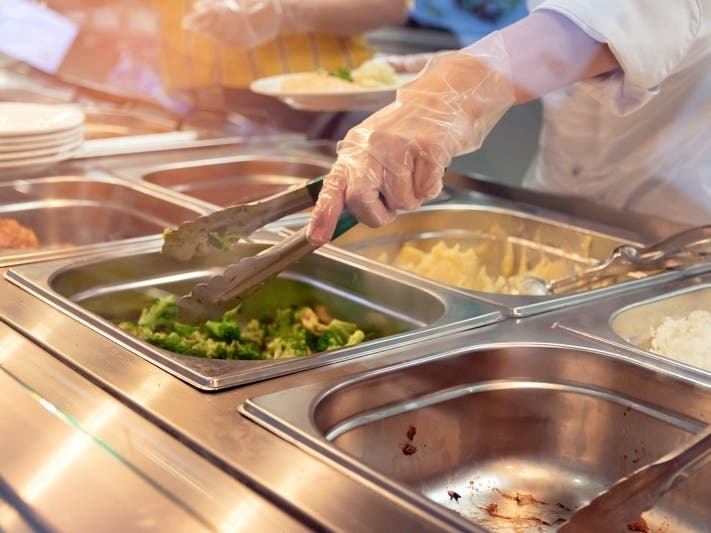