© Provided by Hindustan Times Essential nutritional programmes, such as mid-day meals and the Integrated Child Development Services (ICDS), ground to a halt during the lockdown, the rights body said, increasing risks for already vulnerable communities. (HT File photo) () The Covid-19 pandemic has likely exacerbated hunger and malnutrition among […]

The Covid-19 pandemic has likely exacerbated hunger and malnutrition among communities most vulnerable to food insecurity, especially children, an experts’ committee set up by the National Human Rights Commission has said.

In an advisory, the rights watchdog has asked the Union ministries of food and public distribution, women and child development and education to urgently restore and expand coverage under various food handout programmes.

The human rights commission, which had set up an experts’ panel to study the impact of the lockdown on food security among vulnerable sections, said poor data made it difficult to assess how effective ration services were during the lockdown.

Essential nutritional programmes, such as mid-day meals and the Integrated Child Development Services (ICDS), ground to a halt during the lockdown, the rights body said, increasing risks for already vulnerable communities. According to the 2019 Global Hunger Index, India ranked 102nd out of 117 countries, with a score of 30.3. That correlates to a “serious” level of hunger.

India’s poor record on nutrition comes despite several key interventions, such as the public distribution (PDS) system under the National food Security Act, ICDS services, anganwadi (child and maternal health) centres and the world’s largest school-meal programme. The ICDS, a federal programme, provides food and primary healthcare to children under 6 years and their mothers.

“A range of social safety net adaptations went into play after the lockdown, which was good. However, a key challenge right now is a lack of data on the extent to which these efforts have reached poor households, and a lack of data on the current depth and breadth of the food insecurity,” said Purnima Menon, senior research fellow at the International Food Policy Research Institute, New Delhi.

In March, the Supreme Court had ordered that mid-day meals in schools and supplementary nutrition under ICDS for children, pregnant and lactating women must be continued during the lockdown through home delivery of dry rations or cash transfers.

“In most states, these have not been provided as schools and anganwadi centres remain closed,” the rights body said.

Citing a June 2020 report, the rights body said “14 most populous states did not conduct community management of acutely malnourished children and eight states were unable to measure growth parameters of children under six years”.

“While 80 crore (800 million) people are covered under the National Food Security Act 2013 (NFSA), the official projected population for 2019-20 is about 134.1 crore (1.34 billion). The coverage of 81 crore (810 million) persons means that only around 60% of the population is covered by priority ration cards, whereas the NFSA entitles 67% of the population to have priority cards.”

Simply put, this means that when the food security law was rolled out in 2013, 67% of the population was covered. The PDS system has since not been expanded to account for an increase in population. This means currently only about 60% of the population benefits from food handouts.

The rights body has advised the government to expand PDS coverage across states to be “compliant with the NFSA norms”, recognise ICDS as an essential service and reopen anganwadi centres. It has also called for a village-based mechanism to maintain data of migrant families and children between 3 and 18 years, returning from cities due to loss of employment.

Fri Oct 9 , 2020
New location for Vickie’s Vickie’s Diner, which closed in August with the news that the former White Cross Drug building would be demolished, will relocate to the Commercial Center at 953 E. Sahara Ave., after a few months for renovation work. More to come. Take Bazaar Meat with you Jose […] 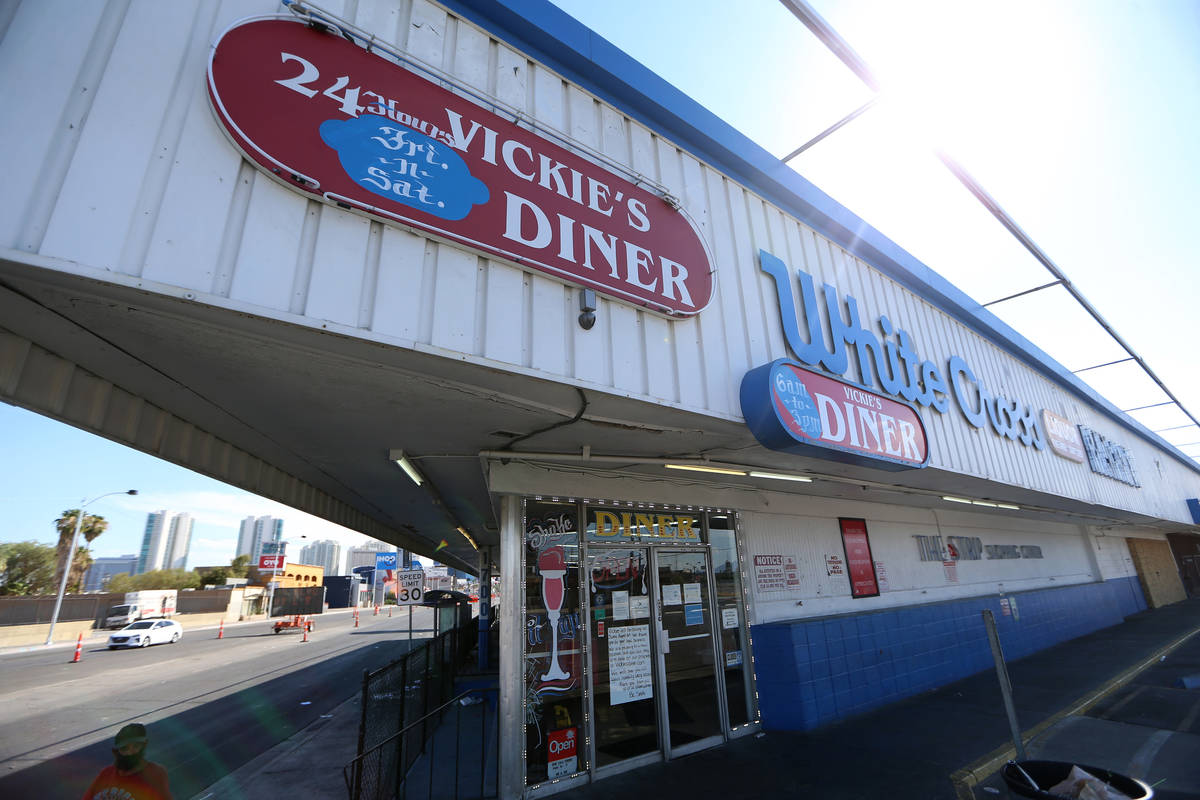