“By the time you’re an adult with an eating disorder, you’ve likely been ill for a while…it can become harder to fight the illness when you’re that sick.” So said C. Alix Timko, PhD, a psychologist at the Children’s Hospital of Philadelphia, in an interview with Medical Daily. But many patients with […]

“By the time you’re an adult with an eating disorder, you’ve likely been ill for a while…it can become harder to fight the illness when you’re that sick.” So said C. Alix Timko, PhD, a psychologist at the Children’s Hospital of Philadelphia, in an interview with Medical Daily. But many patients with eating disorders (EDs) don’t see themselves as sick. Due to stigma and perception attached to EDs, about a fifth of college students who live with the disorder never get help. In an effort to reach these students and others, researchers from the University of Washington tested out a self-guided cognitive therapy app to see if it could reach college-aged women struggling with eating disorders.

Apps for mental health are not a new phenomenon. Although this app didn’t involve trips to a therapist, people who are receiving more traditional face-to-face treatment might still use apps as an extra tool. “There are apps that have been developed to help facilitate treatment,” Dr. Timko said. She explained that patients in traditional therapy will often leave their therapist’s appointment with homework, like journaling, tracking emotions or recording behaviors. There are apps that help patients with this process. “[A]pps are often done in conjunction with therapy, and can be really, really helpful for the individual seeking treatment,” Dr. Timko explained.

The study included 700 women across 27 colleges; half were given the app, the other half received traditional therapy. The women who used the app weren’t left entirely on their own. They had access to a coach who would text them to help them stay motivated and provide suggestions to keep with the program. The coaches were psychology doctoral students, social work masters students, study staf, or postdoctoral fellows, who were under the supervision of a clinical psychologist.

“College students are busy and often don’t have spare time to seek the help they need,” Ellen Fitzsimmons-Craft, PhD, said in a press release. “[M]any college counseling centers aren’t equipped with clinicians who are trained in treating eating disorders, so we believe digital interventions like this one can dramatically increase access to care.” Dr. Fitzsimmons-Craft is an assistant professor of psychiatry who worked on the research.

There are places that are therapy deserts, which means there is little in support for people with mental health issues. “[T]here’s just no professional who’s trained in dealing with eating disorders…people in those areas may feel more like using an app because there’s nowhere close by where they can access help,” Dr. Timko pointed out. But she also cautioned that going it alone might not be the best idea. “It’s not necessarily always safe to try to do this without professional help, and everybody’s different.” She added, “ [B]ut you know, my bias, my instinct, is always to make sure that somebody has a medical evaluation, to make sure that it’s actually physically safe for them to do something outpatient.”

Eating disorders don’t just change the way a body looks on the outside. Dr. Timko explained that eating disorders can cause bradycardia, other cardiac issues, and dysregulation in hormones, to name just a few effects. Some of these issues may go away with treatment, and getting better is the first step to fixing them. And here is where the app was successful for the majority of the users, according to the researchers. Over three-quarters of the women using the app completed part if not all of the program whereas only a little over a quarter of the women in traditional therapy ever got any treatment. The women using the app were 12 times more likely to get help.

Over the course of the study, women in both groups saw reductions in ED behaviors, and had longer periods between binges. “Everybody has to make their own decisions about their own health care, but from my perspective, eating disorders are 100% treatable,” Dr. Timko said. Even holdovers from past struggles are treatable. “…where someone still may struggle, or where the body image concerns or thoughts about food, or the desire to exercise is intrusive enough that it’s just kind of like it doesn’t allow them to really fully enjoy and engage in life, yeah, absolutely, that’s something that you can get treatment for.”

When patients don’t know they need help, just making that first step can be hard. Warning signs are varied, but Dr. Timko mentioned excessive exercise as one: “If you see somebody who is exercising compulsively when it’s pouring rain out and freezing cold.” Or there could be a change in food habits: “Somebody who’s always come with you to go out for coffee and a cookie or who would have lunch with you…if that kind of behavior changes and they’re no longer engaging with you around food, or they’re staying home more or don’t want to go out…that’s just a warning sign across the board for things, but certainly also for eating disorders.”

Now with so many people working and attending school from home, and social events are less available, isolation can be an additional problem for people living with EDs. “There are data showing increases in symptoms of binge eating disorder and bulimia nervosa now that people are more isolated, with easier access to food and, obviously, unprecedented stress. We think these problems could increase in the coming months, so it’s important that there be ways to reach students who are having difficulty. We believe delivering therapy with a phone-based app may be truly effective.” Denise Wilfley, PhD, explained in the same press release. Dr. Wilfey is a professor of psychiatry.

If you are living with an eating disorder, reach out for help. You don’t need to be in crisis to call SAMHSA’s National Helpline – 1-800-662-HELP (4357). It is a free and confidential service to provide information and resouces. In Canada, the National Eating Disorder Information Clinic has resources, including a phone number and an instant chat.

Tue Oct 6 , 2020
Pixelated skyscraper King Power Mahanakhon has recently welcome its new undertaking fellow Mahanakhon CUBE, a six-floor building in an—obviously—cube shape that gather all exciting things for passersby in the busy area of Silom and Sathorn. To make a grand opening of the CUBE, the crew just launched ‘Thai Taste Hub […] 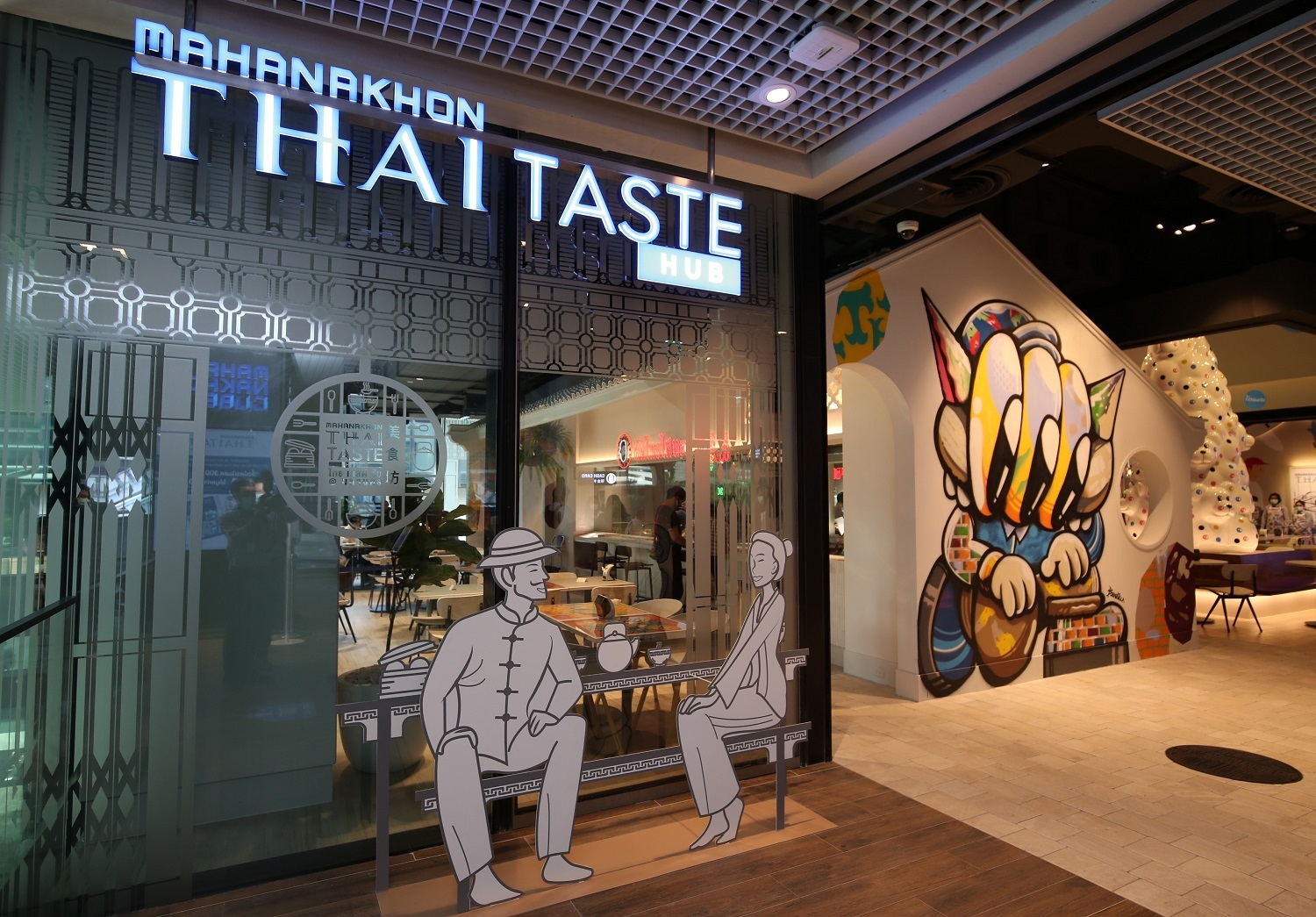