CLOSE Even though the restaurant industry is one of the hardest hit by the pandemic, it is still coming together to help those in need.  When restaurants were shut down for months in the spring, Louisville’s leading restaurant owners stepped up and gave back. Some did it on their own, like […]

Even though the restaurant industry is one of the hardest hit by the pandemic, it is still coming together to help those in need.

When restaurants were shut down for months in the spring, Louisville’s leading restaurant owners stepped up and gave back. Some did it on their own, like Noosh Nosh, which became a soup kitchen for a while, or Kaiju Bar, which became a grocery. Others gave back as part of a group effort.

That work continues six months into the pandemic, and it’s growing. The Lee Initiative’s Restaurant Worker Relief Program was founded in Louisville and has expanded to 19 cities, serving more than 400,000 hot meals to out-of-work restaurant employees since March.

The Kentucky Restaurant Association is turning what would have been the group’s largest fundraiser into a charity event for food bank Dare to Care. And the nonprofit Feed Louisville announced in early September it had hit a milestone: 50,000 hot meals served to unhoused Louisvillians since March.

Rhona Kamar, owner of Prana Food and Beverage Co. and co-founder of Feed Louisville, said seeing the hospitality industry respond like this has “given me so much joy and hope.”

“I look at hospitality versus solidarity and I think they’re very similar,” she said in a previous interview. “It’s all about taking care of people. I do believe that our restaurant partners feel a moral obligation to serve right now in this emergency situation.”

The local nonprofit Feed Louisville has been serving hot meals to unhoused Louisvillians since it began in March. A growing network of restaurants, including Ramsi’s Cafe on the World, Zeggz, Ziba’s Bistro, Bandido Taqueria and Noche, work together to provide more than 3,000 meals a week.

A conversation between local outreach coordinator Donny Greene and Kamar sparked the idea for the partnership. Douglass Boulevard Christian Church serves as the headquarters and fiscal sponsor, and the group recently received grants from One Louisville and the Norton Foundation.

“This network is a beautiful example of how our community is coming together during this time of crisis to meet the needs of people experiencing homelessness,” Kamar said. “There are literally hundreds of people in our industry making this happen every day — and while our industry has been hit hard by the pandemic, we know we can use our skills to help others in this time of need.”

You may like: ‘Lord, Yes!’ This brewery opening in Shelby Park wants to be your neighborhood hangout

Due to the pandemic, the Kentucky Restaurant Association is unable to hold its biggest annual fundraiser, Taste of Louisville. Instead, this year the organization is throwing its efforts behind addressing food insecurity in the community and is designating Sept. 23 Hunger Action Day as part of a nationwide effort that supports Dare to Care locally.

“As part of the nationwide awareness campaign, diners visiting participating restaurants will learn more about food insecurity in Louisville and how they can support Dare to Care,” said KRA President and CEO Stacy Roof.

The goal of the event is to raise money while also driving customers to restaurants that have been hit extremely hard during the pandemic. Restaurants will donate a percentage of sales to the cause, and diners are also encouraged to donate to Dare to Care, which distributed 774,000 pounds of free food to those in need in 2018.

Participating restaurants include Bristol Bar and Grille, Aspen Creek, Mark’s Feed Store, Public House by Against the Grain and Silvio’s, among others. The list continues to grow and can be found on the Kentucky Restaurant Association Facebook page under “Events — Hunger Action Day.”

More: The coronavirus pandemic has shuttered these Louisville restaurants for good

Immediately after the restaurant shutdown in March, Louisville chef Edward Lee and The Lee Initiative program director Lindsay Ofcacek turned the program toward the thousands of restaurant workers who suddenly found themselves out of a job. The Restaurant Workers Relief Program was founded to provide hot meals and essential supplies to out-of-work restaurant employees — and it has since expanded to 198 cities and given out close to 400,000 meals.

Since March, the program has expanded into other offshoot initiatives, including the McAtee Community Kitchen, which provides meals and groceries to families in need across Louisville’s West End; the Restaurant Reboot Relief Program, which commits $1 million toward purchasing food from sustainable farmers to support farmers and restaurants attempting to reopen; and the Restaurant Regrow Program, which offers financial support to restaurants and food service workers in the wake of the COVID-19 crisis.

HOW TO HELP: To donate to any of the Lee Initiative campaigns, visit leeinitiative.kindful.com or drop off nonperishable supplies to the Restaurant Workers Relief Program headquarters at 610 Magnolia Ave.

Subway bread has too much sugar to be legally defined as bread, Irish court says

Sat Oct 3 , 2020
Ireland’s Supreme Court has ruled that bread sold by the fast food chain Subway contains so much sugar that it cannot be legally defined as bread. The ruling came in a tax dispute brought by Bookfinders Ltd., an Irish Subway franchisee, which argued that some of its takeaway products – […] 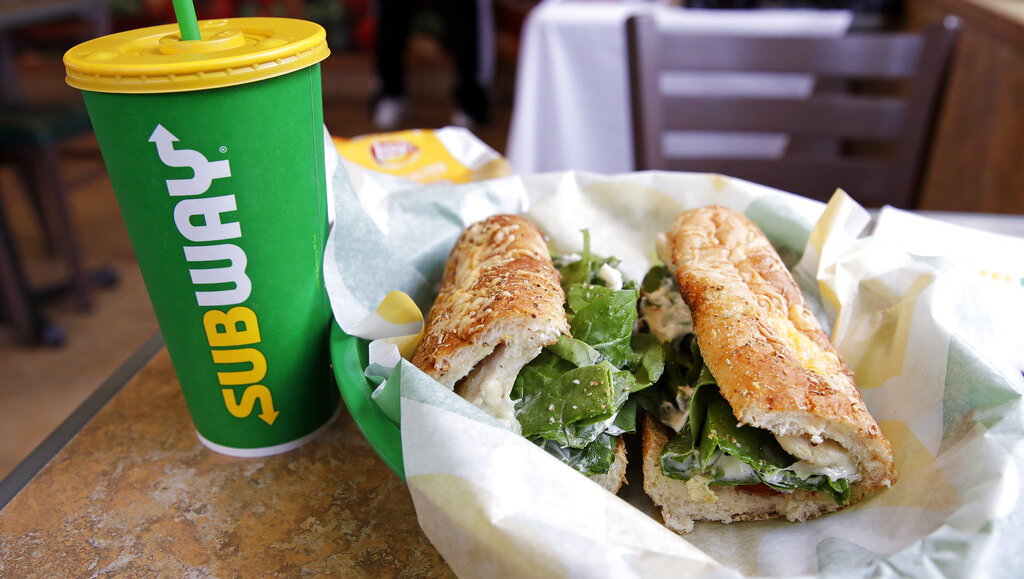