Janis Mikitovs had been celebrating his 36 birthday on March 28 and had invited his friend Kristaps Muzikants to come to his house in Skelmersdale the evening before to celebrate with him. But the celebrations turned to tragedy after Mikitovs stabbed his friend following a night of drinking. Mr Muzikants, […]

Janis Mikitovs had been celebrating his 36 birthday on March 28 and had invited his friend Kristaps Muzikants to come to his house in Skelmersdale the evening before to celebrate with him.

But the celebrations turned to tragedy after Mikitovs stabbed his friend following a night of drinking. Mr Muzikants, 30, died in the early hours of March 28 as a result of a stab wound to the abdomen.

A post-mortem examination showed he had suffered a single 23-centimetre knife wound which penetrated his liver and sliced through a major vein, causing catastrophic internal bleeding.

The i newsletter cut through the noise

After police were called to the scene, Mikitovs claimed that his friend had gone outside and he had found him injured in the street.

He later changed his story but maintained that he had no knowledge of how Mr Muzikants had been stabbed outside his home.

He has been jailed for life and will serve a minimum term of sixteen and a half years before he is eligible to apply for parole.

Kristaps Muzikants, 30, was stabbed to death with a 23cm knife at a birthday party in Skelmersdale on March 28, 2020. Pic: Lancashire Police

Detective Chief Inspector Gareth Willis, of the Force Major Investigation Team, said: “Janis Mikitovs has shown no remorse and told lies to try and cover up what he did.

“He has offered no explanation for his actions and I know Kristaps family have found that especially hard to come to terms with.

“While no jail term can ever truly compensate for the loss of a loved one I hope that today’s sentence offers them some small comfort and that they are now able to start to try and move on with their lives.

“This case sadly once again shows all too clearly the devastating consequences that can result from violence involving the use of a knife.”

In a tribute Mr Muzikants’ family said: “Kristaps was a really nice person, he was always happy.

“When we found out about Kristap’s death our family was devastated.

“What has happened to Kristaps is unbelievable and is still very hard to accept.

“Our family is longing to see his face, his smile and hear his voice.

“My sister and myself both have children and they are missing their uncle and they say that he is an ‘angel who now lives in heaven’.

Sat Oct 3 , 2020
Ingham County, Mich. (WLNS)– Health officials say an “astounding number of cases and an exponential spike in cases” has led Ingham County to have the highest rate of COVID-19 cases in the entire state of Michigan. According to the health department, Ingham County has seen a 52 percent increase in […] 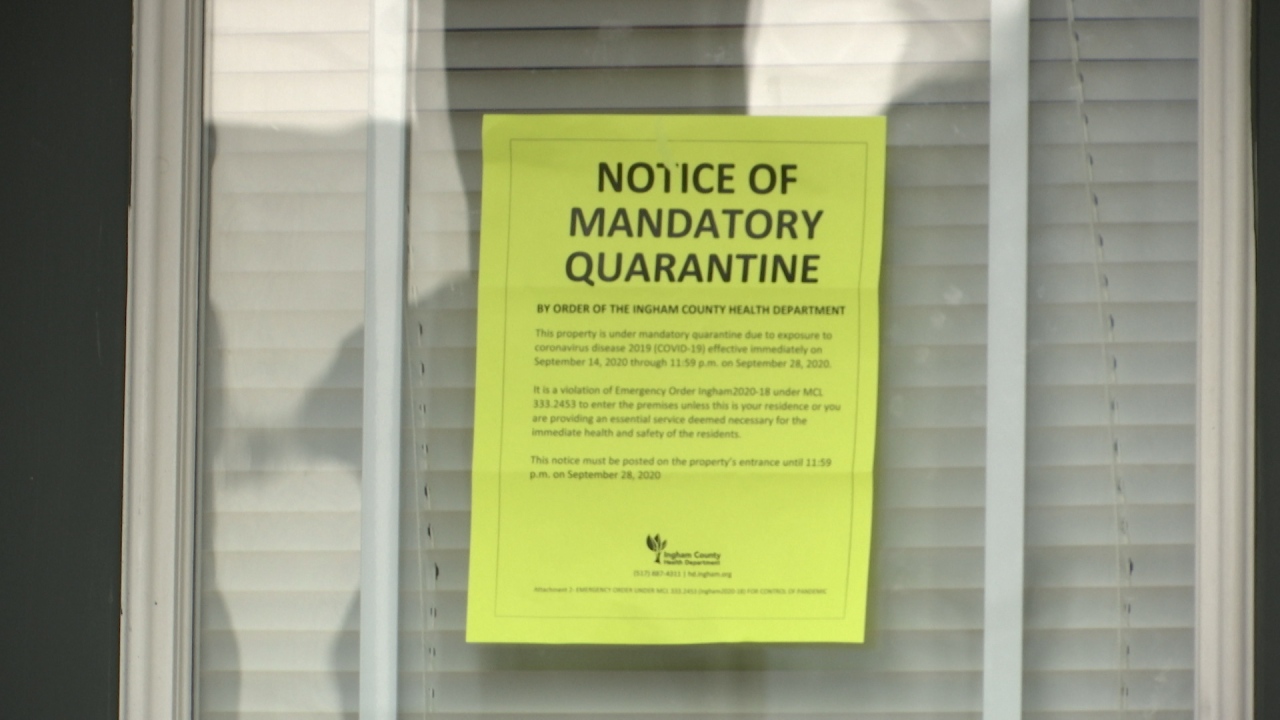