TINLEY PARK, IL — Porter Place is a licensed assisted living facility that focuses on memory care. The facility, located at 17833 S. Harlem Ave, Tinley Park, IL, started a new program called “As You Wish,” which celebrates birthdays of their residents by bringing back memories from their earlier stages […]

TINLEY PARK, IL — Porter Place is a licensed assisted living facility that focuses on memory care. The facility, located at 17833 S. Harlem Ave, Tinley Park, IL, started a new program called “As You Wish,” which celebrates birthdays of their residents by bringing back memories from their earlier stages in life.

The first resident that the facility decided to kick off the program with was Lise Chose, a woman of German heritage, who recently turned 87. Bobbi Kelley, the communications director of the facility said the event brought Chose back to Germany.

“It was a huge surprise,” Kelley said. “She is incredibly proud of her German heritage, so we brought Germany to her by getting her favorite food from her favorite restaurant, Chef Klaus’ Bier Stube.”

Kelley said that Chose and her husband were good friends with the original owner, Chef Klaus. His son Michael runs the restaurant now, and the business has been open for the past 45 years.

“We contacted them and said if we decorate [Porter Place] for October fest and have her in her original German Dirndl with everything ready, would you bring the German food and the entertainment,” Kelley said. “Michael contacted Peter who performs at the restaurant all the time. And Peter is also an old friend of Lisa’s. So we brought the entire menu, including authentic German beer, which was her very favorite. We serenaded her with music and yodeling and all her favorite classic songs. We had a five course meal on China, out in front of the building on a beautifully decorated table.”

Kelley said all the preparation that went into the surprise was worth it when they saw the look on Chose’s face.

“The smile on her face… it’s beyond heartwarming. It was really moving… all of us came to tears at several points.”

Due to the COVID-19 pandemic, the event was limited to only a few family members and Porter Place staff. Together, they had a private meal and listened to authentic German music to stimulate Chose’s early memories. Kelley said Chose has a very hard time speaking due to her condition that could not be disclosed for privacy and legal purposes.

“She speaks very little during this stage of her disease… she was very talkative and was singing in German to the music because she remembered,” Kelley said. “It’s common for people who grew up speaking a different language— although she speaks English well— to have their memory change. She quite often, when stimulated, reverts back to speaking German. So she was singing in German and was loving every minute of it.”

Kelley said the inspiration for the event came about because every September is National Assisted Living Week.

“I think the biggest thing about the program is that it all about creating moments of joy,” Kelley said. “It’s a feeling of love you can sense when you walk through the door. It’s about our premise of creating moments of joy through the whole journey… and that doesn’t stop when somebody starts to lose their memory, or even towards the end of their life. We just get more creative.”

This article originally appeared on the Tinley Park Patch

Birthday party on ship may have led to oil spill in Mauritius, Panama regulator says

Tue Sep 22 , 2020
A Japanese ship that ran aground on a coral reef off Mauritius may have changed course to get a mobile data signal for a birthday celebration on board, according to investigators from Panama, the country under whose flag the vessel was sailing. The M.V. Wakashio crashed into the coral reef […] 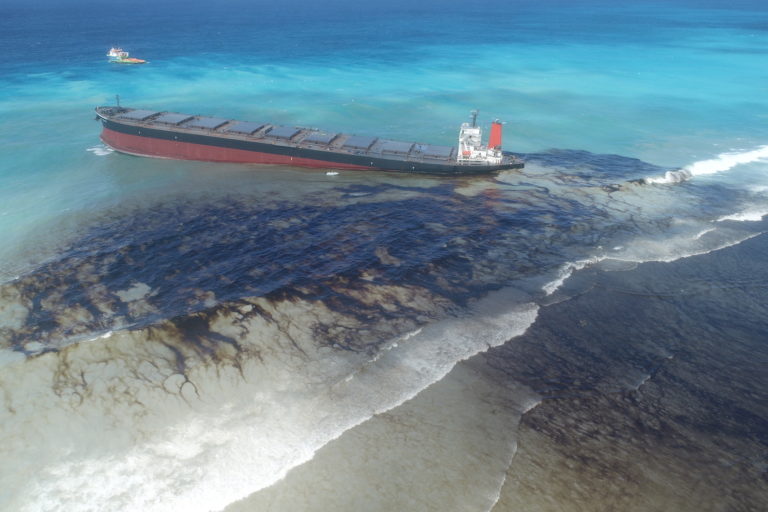