The North Sumatra Police have dismissed Adj. Comr. Bobi Vaski Pranata from his position as Serdang Bedagai Police’s intelligence unit chief after he held a wedding reception despite the coronavirus pandemic and ignoring health protocols and physical distancing. Bobi’s dismissal came after a video of his wedding party, held on […]

The North Sumatra Police have dismissed Adj. Comr. Bobi Vaski Pranata from his position as Serdang Bedagai Police’s intelligence unit chief after he held a wedding reception despite the coronavirus pandemic and ignoring health protocols and physical distancing.

Bobi’s dismissal came after a video of his wedding party, held on Sept 26 in a building in Labuhan Batu regency, North Sumatra, made the rounds on social media.

In the video that later went viral, the married couple and the guests were seen without masks and purportedly with no physical distancing.

The North Sumatra Police have confirmed the authenticity of the video, which led to the first dismissal of a police officer in the region for a violation of health protocols.

“The police officer who held the wedding reception has been sanctioned. He has been dismissed from his post as the intelligence unit chief,” North Sumatra Police spokesperson Sr. Comr. Tatan Dirsan Atmaja told the press on Monday.

Bobi was currently being questioned by the North Sumatra Police’s internal affairs division since he disobeyed an edict issued by the National Police chief Gen. Idham Azis.

The edict, issued on March 19, bans mass gatherings such as social meetings, workshops, music festivals, carnivals, sports events, fairs, mass protests and family receptions in a bid to curb the spread of Covid-19.

“For this violation, the police officer will undergo a disciplinary hearing,” Tatan added.

In April the Jakarta Police dismissed Comr. Fahrul Sudiana from his position as Kembangan police chief after he held a fancy wedding reception at a five-star hotel amid the pandemic.

Fahrul’s dismissal at that time came after photos of the wedding, which was held on March 21, also went viral on social media, with many criticising the police officer’s apparent hypocrisy.

“The three entertainment places and the food court were shut down due to their lack of compliance with health protocols amid the Covid-19 pandemic,” said the deputy head of the North Sumatra Covid-19 task force, Col. Azhar Mulyadi.

On Friday, the task force also shut down the Hairos Waterpark in Pancur Batu district, Deli Serdang regency, for letting hundreds of people hold a pool party without abiding by the health protocols.

The police also named the general manager of the waterpark a suspect.

For the latest updates on the coronavirus, visit here.

Fri Oct 9 , 2020
If it’s possible for a restaurant to transcend its genre, that’s definitely the goal at Elio. It’s the first Mexican restaurant ever to open inside Wynn or Encore, the connected luxury resorts that have sculpted the tone of fine dining on the Strip for 15 years. Also contributing to anticipation […] 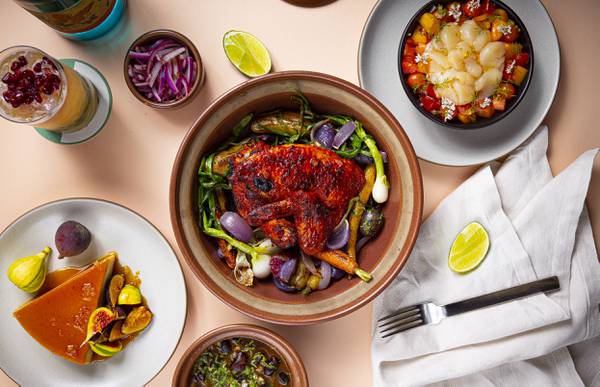