On Monday, Dutch magazine De Groene Amsterdammer published a detailed description of the Sept. 10 gathering, attended by a large group of Forum for Democracy (FvD) members and supporters in the business community, bringing it to widespread attention. Hoekstra defended the event in a tweet Wednesday, saying that he had […]

On Monday, Dutch magazine De Groene Amsterdammer published a detailed description of the Sept. 10 gathering, attended by a large group of Forum for Democracy (FvD) members and supporters in the business community, bringing it to widespread attention.

Hoekstra defended the event in a tweet Wednesday, saying that he had held similar events with other parties but he had never hosted a fundraiser for a political campaign.

But Dutch lawmakers had argued that the Sept. 10 event blurred the line between a typical embassy event and a fundraising gathering for the FvD — a potential breach of international law, which prohibits interference in domestic politics.

Party attendees told De Groene that entrepreneurs constituted around 40 percent of the crowd, some of whom had already donated to the FvD, and that the invitations included contact details for Joyce Vastenhouw, who is listed as “Head of Fundraising” for the party on LinkedIn.

The invitation gave guests a particular impression, according to the magazine’s assessment: The “evening at the embassy, ​​on American soil, had as one of the goals to supplement the Forum’s party budget.”

Sjoerd Wiemer Sjoerdsma, a member of parliament and foreign policy spokesman for Democrats 66, a liberal party in the Dutch coalition government, raised the issue at parliament Tuesday and called on the Foreign Ministry to investigate whether Hoekstra had “facilitated a fund raising event for a political party.”

“That would be a violation of the Treaty of Vienna,” Sjoerdsma said in a message to The Washington Post, referring to the 1961 Vienna Convention on Diplomatic Relations — an international agreement to which the United States and the Netherlands are signatories.

Sven Koopmans, a member of parliament for the governing People’s Party for Freedom and Democracy, or VVD, and its spokesman for foreign affairs, said that many political parties had worked with Hoekstra on events, but he added that if the “U.S. Embassy was used for a fundraising event for [the FvD], or whether perhaps that party used the ambassador’s invitation for fundraising purposes, that would not be proper.”

Other Dutch lawmakers offered a more blunt perspective. “This is interference in our elections,” Bram van Ojik, a member of parliament with the left-wing GroenLinks, or GreenLeft, party, told public broadcaster Nederlandse Omroep Stichting.

The FvD’s controversial positions — as well as Hoekstra’s fraught relationship with some in the Netherlands — probably furthered the backlash. The party opposes the European Union and has called for limits on immigration. Its leader, Thierry Baudet, is one of few vocal supporters of President Trump in the Dutch parliament.

Though the FvD holds just two seats in the 150-seat Dutch legislature, it saw a surge of support in regional elections in 2019. Polls have shown it could increase its representation to 10 seats in the next general election, set for March.

According to the account published in De Groene, Hoekstra spoke at the event, touching on Trump’s unpopularity in the Netherlands. Baudet also spoke about campaign strategy and showed a video made ahead of the 2021 electoral campaign that imagined the Netherlands in 2040, De Groene reported.

A State Department spokesperson, speaking on the condition of anonymity because of department rules, confirmed that the party had taken place but said similar events had taken place with eight other political parties. “Contrary to reports in the media, this was not a fundraiser,” the spokesperson said.

Sander Wageman, a spokesman for 50 Plus, confirmed that members of his party had visited the embassy at Hoekstra’s invitation in spring 2019 but said that the event lasted less than two hours during the day and that no business leaders or fundraisers attended.

Wageman said that such meetings were regular occurrences for an ambassador but that raising funds “is crossing the line.”

In a radio interview Tuesday, Baudet dismissed the reports as a “conspiracy theory,” later suggesting on Twitter that journalists should look into the “actual support” that left-wing parties receive from U.S. billionaire George Soros.

The Sept. 10 party was only the latest point of contact between Hoekstra, a Republican former congressman from Michigan, and Baudet, a prominent critic of the E.U. who formed the FvD in 2016.

Cas Mudde, a professor at the University of Georgia who studies European political movements, said that the FvD is a “populist radical-right party,” similar to the Alternative for Germany party or the Freedom Party of Austria, and that Baudet has differentiated himself from Geert Wilders, the country’s best-known right-wing populist, by appealing to the middle class rather than the working class.

But while Baudet, 37, has not employed the crude anti-Islam rhetoric of his rival, he has flirted with controversies surrounding race and immigration before. Earlier this year, Dutch media accused him of being paid by a Russian agent — which he has denied.

Hoekstra, who was born in the Netherlands but moved to the United States when he was 3, was nominated by Trump to be ambassador in 2017. The diplomat, known for his conservative views, has struggled with negative press since arriving in the country in 2018.

At his first news conference in the country, journalists demanded he explain prior comments he had made about “no go” areas in the Netherlands because of the “Islamic movement.” Hoekstra later apologized and said he was “shocked” by his own remarks.

Sat Sep 26 , 2020
When it comes to your partner’s birthday, you always like to pull out all the stops. After all, your boo deserves a baller celebration that not only shows how much you care but also reminds them of how loved they are. While less than a year ago, that might have […] 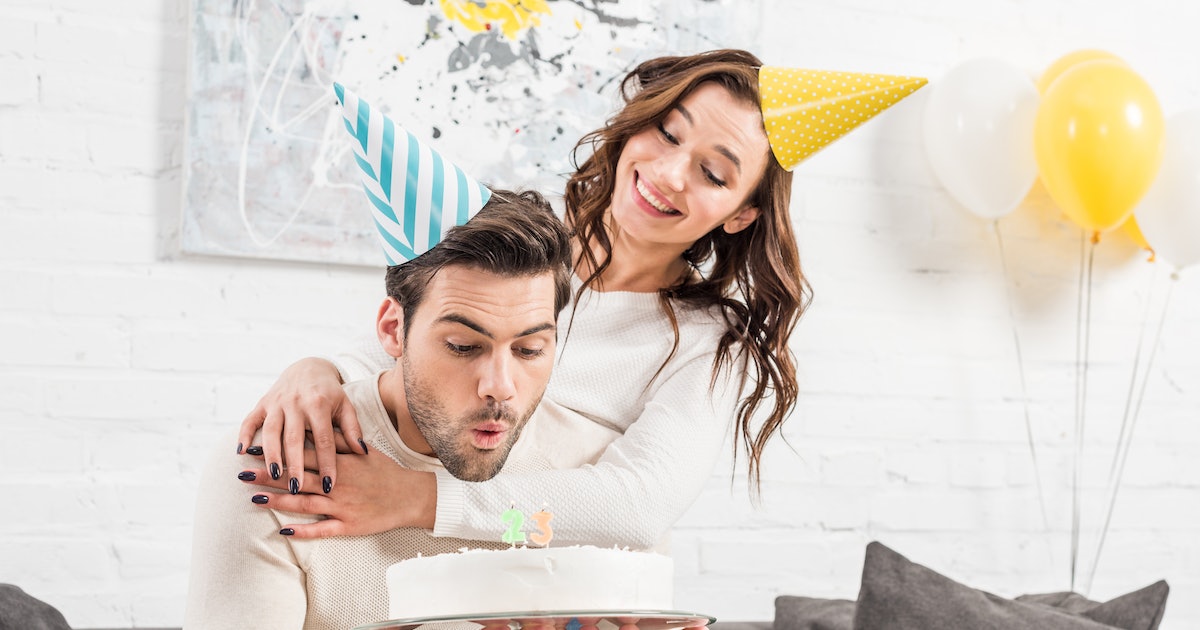