The 31-year-old had been selling fried keropok lekor, homemade onion rings, french fries and chicken sausages accompanied with a dipping sauce he created, through a mobile business he called KualiQib.

He was not able to earn much for the first four months of the MCO, but things started looking up after he received the Special Prihatin Grant (GKP) for entrepreneurs. He decided to create a new menu and turn to delivery services.

The special grant allowed him to restock on raw supplies and create packaging for his brand.

“Since I lost about four months of income, the GKP and Bantuan Prihatin Nasional (BPN) helped me to recover my losses.

“The amount the government gave under the Kita Prihatin programme has really helped me throughout the pandemic.

“Previously, I was running a mobile food business with my food wagon, but when the MCO began, I had to stop.

“So I decided to start doing deliveries. I made a new menu with items that go with my special sauce called KejuQib, which is a cheese-based sauce that’s a bit spicy and mildly sweet as it has a dash of brown sugar and secret herbs.”

Naquib also shifted his operations from Segambut to Puncak Alam during the MCO.

As the neighbourhood is quite remote and far away from many restaurants, he offers delivery services to areas such as Puncak Alam, Saujana Utama, Meru, Sungai Buloh, Bukit Jelutong and Kampung Melayu Subang.

He came up with the idea of doing packed food for lunch and dinner.

With funds from the GKP, he developed a menu of packed food for lunch and dinner and a new line of frozen food products, such as popia.

“Two months after the MCO, I also decided to open an order for frozen raw crispy lekor, combined with a bottle of KejuQib.

“I am grateful as my income increased. My regular customers loved the menu, and I also gained customers.

“And after receiving the first BPN, I came up with other frozen food products called “Popia Qibbonara” and “Popia Qibbonese”, which are popia with carbonara and bolognese sauce.

“I recommend eating them with the signature KejuQib sauce. These items have gained many fans.

“Other new items are the FishQib Fillet (crispy fish fillet Pollock) and FishQib Salad (crispy fish salad),” said Naquib, adding that he had done catering for many companies in the Puncak Alam area, too.

Naquib also ran the business’ social media platforms to market his business and to gain more online customers, which he took as a learning experience during the pandemic.

Despite the challenges, he remains positive about his business, which started in 2016. He urged entrepreneurs to never give up and be grateful for all their blessings.

He was also grateful for his wife, Nurul Huda Nor Kasani, for being his biggest supporter as she was the co-owner and only other staff of KualiQib.

He said his family and neighbours also helped by testing the new menu and giving constructive criticism about the food.

Dessert's on in Opulent Food Doc

Thu Oct 1 , 2020
If you’re one of those people who’ve been using the pandemic to start working on your sourdough bread starter, “Ottolenghi and the Cakes of Versailles” might make you feel like something of a slacker. Or maybe it’ll send you to your local bakery for a to-go order. Or maybe you’ll […] 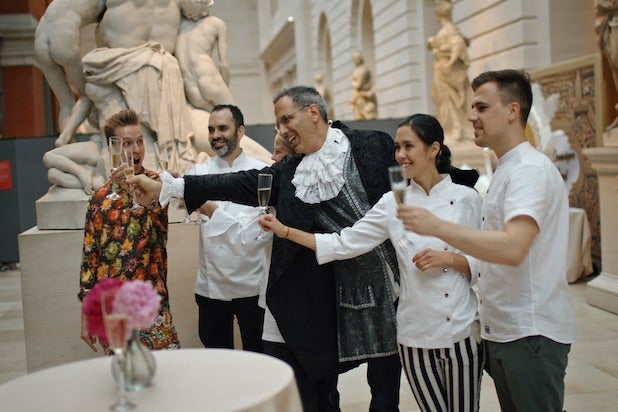