IT WAS THE LAST thing I expected to find at the Delta Sky Club. On a trip last year, my heart leapt and my face lit up when I spotted it on the buffet: a crock of Italian wedding soup. My husband poked fun as I gleefully ladled it into […]

IT WAS THE LAST thing I expected to find at the Delta Sky Club. On a trip last year, my heart leapt and my face lit up when I spotted it on the buffet: a crock of Italian wedding soup. My husband poked fun as I gleefully ladled it into a bowl. “I think you’re happier about that soup than you are about the upgrade,” he joked.

Yes, this chicken soup’s mini meatballs and teeny-tiny pasta elicit a (possibly) irrational joy in me, like dollhouse furniture or matchstick carvings. Particular care and focus go into making things so darling. Wedding soup also warms my heart with memories of my grandmother, an Irishwoman so committed to her marriage that she submitted to her Sicilian mother-in-law’s lessons on the rules of the Italian kitchen. My grandfather loved her iteration of the soup, packed with escarole, pearl pasta, carrots, celery and baby meatballs, in a deeply flavorful chicken broth.

“
This chicken soup’s mini meatballs and teeny-tiny pasta elicit a (possibly) irrational joy in me.
”

I don’t often come across Italian wedding soup, and perhaps it’s the absence that makes my heart grow ever fonder. I’ve never been served it at an Italian wedding, and as a paisana, I’ve attended my share. That’s because the soup, despite its name, is not a traditional wedding dish. According to culinary historian Karima Moyer-Nocchi, author of “Chewing the Fat: An Oral History of Italian Foodways From Fascism to Dolce Vita,” the soup is a Neapolitan expression of minestra maritata, “married soup,” so called because it weds fatty scraps of meat—chicken, pork, beef, veal—with hearty greens such as escarole, chicory or kale.

“It’s actually a genre of soups that would change along with the seasons,” Ms. Moyer-Nocchi said. “But it is especially mentioned as a Christmas soup, [in] the season that you would have just killed your family pig.” She dates the first offhand mention of wedding soup to 1588, and a formal recipe to a late 17th-century cookbook, “Lo Scalco Alla Moderno.” There it’s referred to as “Neapolitan leaf soup,” with a note that the people of Naples were known as “leaf eaters” thanks to their foraging prowess. Wedding soup was a savvy way to combine their beloved greens with leftovers in a soulful meal.

My grandmother’s recipe didn’t survive—my mother couldn’t abide the escarole it called for. After my grandmother passed away my grandfather resorted to canned soup, which I, too, have come to appreciate as a quick comfort fix during the current pandemic. According to stats from the brand Rao’s Homemade, I’m not the only one. Their jarred version, released last fall, saw a 64% rise in sales in March 2020 alone.

Still, there’s nothing like homemade, so I was delighted to come upon chef Joey Campanaro’s version in his cookbook, “Big Love Cooking: 75 Recipes for Satisfying, Sharable, Comfort Food,” published this month. Now a seasonal staple at his 14-year-old New York City restaurant, Little Owl, wedding soup was a festive standby during his Italian-American upbringing in Philadelphia. Mr. Campanaro’s family served “’skarole” soup, as they called it, for Thanksgiving, Christmas, birthdays, “any celebration.”

“I love the way the escarole and meat release into the broth and create a silkiness,” Mr. Campanaro said. “The way the little meatballs are baked, not fried, so they’re more fragrant. How the meatballs fit right on your spoon, and you can just pop them in your mouth as a snack as they cool from the oven.”

Mr. Campanaro’s take on the soup features strands of egg, stirred in raw and set in the hot broth, rather than pasta, a nod to another Italian soup, stracciatella. He has no objection to adding pasta, however; when he includes it he favors little tubes of ditalini. At Little Owl, the soup returns in early fall, a transition from light soups to heartier stews.

In the recipe below, marble-size meatballs of beef, pork and veal bob in the broth. Sheer bliss in a bowl, it romanced me so thoroughly that I’ll eat it throughout the year. True love knows no season, after all.

How to Use Rose Water in Cooking and Baking

Fri Oct 2 , 2020
Courtesy of Al Wadi While the heady scent of rose water may bring to mind romance and far-flung destinations, it was actually a very common flavoring in America and Europe until the mid-19th century. Highly aromatic, it can add complexity and depth to your cooking when used carefully, which is […] 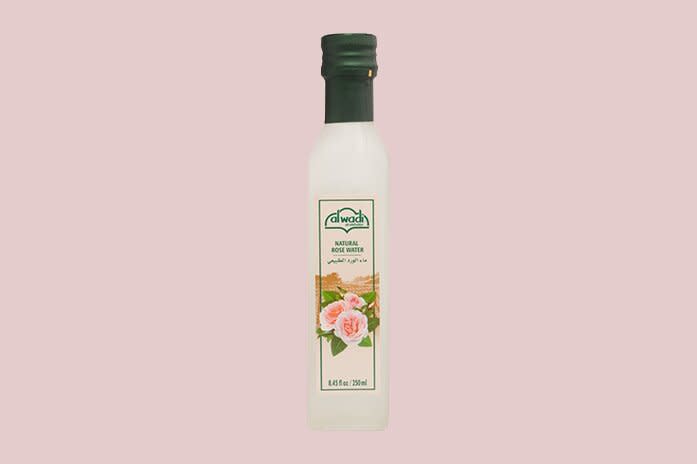