MANKATO — The crowds of college kids were never looking for a menu when they crammed into Red Rocks, one of Mankato’s best known night clubs before the pandemic. Red Rocks was for drinking, dancing and discovering music. And it served as the final destination for many young adults in […]

MANKATO — The crowds of college kids were never looking for a menu when they crammed into Red Rocks, one of Mankato’s best known night clubs before the pandemic.

Red Rocks was for drinking, dancing and discovering music. And it served as the final destination for many young adults in the final hour before bar-closing time, with people packing into the bar to look for dance partners and maybe more.

A plan to resurrect the bar, though, will require it to become much more of a dining establishment unless Red Rocks owner Eric Hayes can persuade the City Council to amend its 2007 liquor ordinance, which prohibits new bars that generate all of their revenue from alcohol.

Red Rocks, like all other Minnesota bars, was shut down by Gov. Tim Walz in mid-March to slow the spread of the coronavirus. In June, when bars were again allowed to serve customers indoors, Red Rocks didn’t reopen.

The decision, according to city officials, was a combination of COVID-19 capacity restrictions and unsuccessful lease negotiations between Hayes and the owner of 12 Civic Center Plaza — the Mankato Place property where the bar has operated for years, first as The Haze and then as Red Rocks.

Now Hayes is hoping to open a new version of Red Rocks in the former Mr. Monogram store at 507 South Front Street, a building he owns.

That building, at 2,500 square feet, is substantially smaller than the old Red Rocks. And while the business would be moving only about 450 feet to the southwest, the nature of the bar would change even more — not just serving food for the first time but needing to serve quite a bit of it under existing municipal regulations.

In 2007, the council reacted to a growing number of alcohol-fueled problems downtown by amending its ordinance to, among other things, require most bars to derive at least 20% of their revenue from food sales.

Four bars, though, either had no kitchens or had very limited food service. So, the council agreed to a “grandfather clause” for the liquor licenses held by the owners of the Haze/Red Rocks, the Underground Bar and Grill, the South Street Saloon and The Square Deal — allowing just those four the option of generating all of their revenue from drinking. The grandfather clause permitted them to change their names, even change their owners, as long as they didn’t change their address.

“If they move locations, then they would have the requirement to have 20% of gross sales from food,” City Manager Pat Hentges said.

On Monday night, the council agreed unanimously to at least consider Hayes’ proposal — setting a public hearing for Nov. 9 to listen to comment and then make a decision about altering the ordinance.

Although Hayes and attorney Silas Danielson, who listened in on the council’s Zoom meeting, didn’t speak, Danielson submitted a letter to Hentges arguing for the amendment.

“The current license restrictions on these long-standing businesses provides a significant amount of leverage to building owners and landlords who are aware that businesses with these grandfathered licenses are not permitted to transfer their license to a new location,” Danielson said. “Business owners and tenants are at the mercy of their landlord … .”

Hentges conceded the city didn’t contemplate how the current ordinance would give a landlord the upper hand in negotiations with tenants who can’t take their liquor license to a new building — unless they’re willing to change their business model.

“There are some challenges when you don’t own the property where you operate,” Hentges said.

In addition, Hayes isn’t proposing to have his customers drinking on an empty stomach at the new Red Rocks, according to Danielson. Hayes also owns the property just northeast of 507 South Front Street, which is home to Polito’s Pizza and Buritto Wings, and his bar patrons would have access to a slice, a burrito bowl and other food options from those establishments.

Tue Oct 13 , 2020
For Bruins, answering the call to serve others took on a different meaning this weekend as hundreds of people participated in UCLA’s 12th annual Volunteer Day, pivoting from the event’s traditionally massive in-person projects to fit the reality of the pandemic. But with virtual sessions came some benefits. For the […] 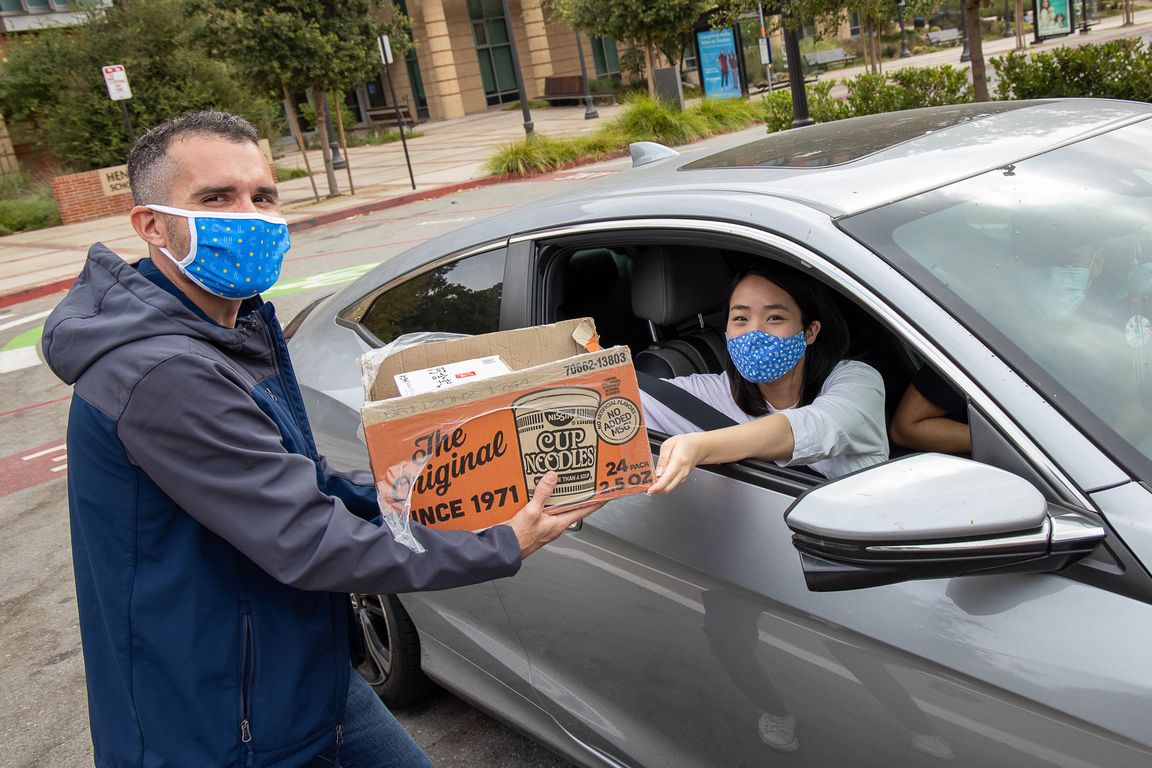