For most people, the everyday task of eating isn’t that much of a big deal. Folks intrinsically know that the matter of choice is different for someone with my job: ostensibly a tastemaker charged with the task of unearthing the most exciting food in the Bay Area. Within minutes of […]

For most people, the everyday task of eating isn’t that much of a big deal. Folks intrinsically know that the matter of choice is different for someone with my job: ostensibly a tastemaker charged with the task of unearthing the most exciting food in the Bay Area. Within minutes of learning what I do for a living, they always ask, “How do you choose where to eat?”

Each critic has a different way of doing things. I’ve heard of one using the roll of a 20-sided die to determine where to go on a given night. Another presents his allegedly psychic gerbil with two bowls of food with the names of restaurants pasted on, and he goes to whichever one the gerbil chooses. If restaurateurs could predict where their local critics would go on any given night, their jobs would be much easier, so a little bit of vagueness is also essential to the critic’s thought process.

For me, it’s really not that complicated.

Once every blood moon, I print out the pages, pin them up on my wall, then throw darts at them. When I have a good collection of names pinned down, I cut out the names and paste them onto sheets of computer paper, interspersed within verses of original poetry. They contain lines such as, “Her laughter, tumbling from her mouth like pomegranate seeds/Should I go to ZUNI CAFE this week?”

Unbeknownst to many, there’s also a portion of the process that’s automated: relegated to the decision-making algorithms of an objective artificial intelligence. I bring the collected poems to Musée Mécanique in Fisherman’s Wharf so I can read them to the robotic fortune teller while feeding her quarters. Dressed in sumptuous velvet clothing and sporting feathery false eyelashes, the fortune teller is my sole confidante and has excellent taste in restaurants. For each quarter, the machine spits out a verdict.

“You’re a kind, sensitive person who has a lot to offer,” the slip of white paper might read after I read a poem about a restaurant in San Jose. “Your soulmate is out there, so go for it! Plus, you haven’t been to the South Bay in a while.”

By leaving my choices to fate, I can create a fair and objective eating schedule that, while making very little sense on a practical level, keeps my choice paralysis at an all-time low.

It’s an issue that gives me, an already anxiety-prone person, a lot to freak out about. I know, I know, bring out the tiny violin. In the year and a half that I’ve been a restaurant critic, I’ve learned that my choices — the way I demonstrate my culinary expertise — carry an immense weight, so I quickly figured out how to optimize my eating experiences in order to do my job well.

That’s why I am so careful about where I choose to go. It’s what works for me, at least.

However, actually ordering food is another complication that I don’t think I have the space to go into. Just know that, when I go to restaurants, I go armed with a Magic 8-Ball; two teacups filled with spent tea leaves; a dowsing rod; a dog trained to detect menu items that can go viral on Instagram; three opinionated friends of the same ethnic background as the chef who can provide good anecdotes for the article; and a ballpoint pen. That way, I always leave happy!

Mon Oct 12 , 2020
This post is sponsored and contributed by a Patch Brand Partner. The views expressed in this post are the author’s own. Make your kitchen fun and functional again with these easy additions. (Shutterstock) Every Rhode Island homeowner has a list of must-haves when it comes to their kitchen. Maybe it’s […] 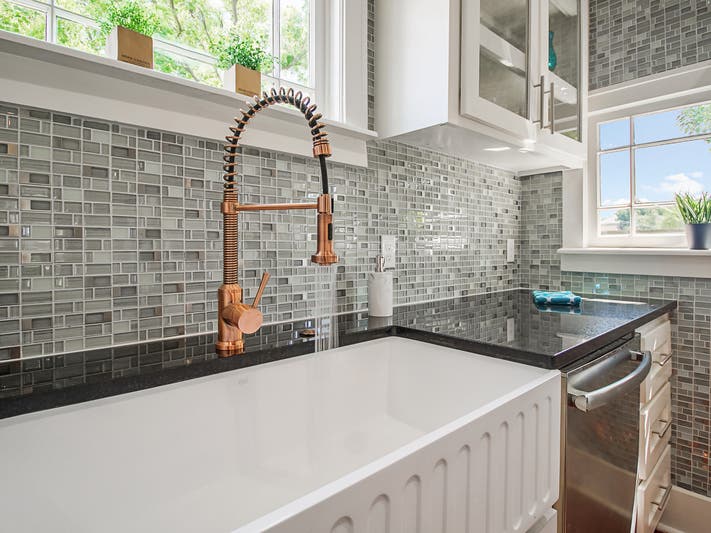