In basically every baking recipe that uses it, sugar is doing so much more than providing sweetness. It’s an important component of the carefully designed chemical reactions taking place in your oven. Of course, there are dietary and health reasons people want to reduce or eliminate sugar, which I’m not […]

In basically every baking recipe that uses it, sugar is doing so much more than providing sweetness. It’s an important component of the carefully designed chemical reactions taking place in your oven. Of course, there are dietary and health reasons people want to reduce or eliminate sugar, which I’m not arguing with. But doing that can affect the way a recipe comes out, which is why it’s worth understanding what functions sugar serves in baking. That way you’ll be prepared to make other adjustments if necessary — or just find a different recipe. Here’s what you need to know.

Flavor. Yes, sugar is sweet and helps baked goods taste sweet. But there’s a lot more at play once you start cooking sugar, especially once you begin to caramelize it and break apart its molecules. “From a single kind of molecule in the form of colorless, odorless, simply sweet crystals, the cook generates hundreds of new and different compounds, some of them small fragments that are sour or bitter, or intensely aromatic, others large aggregates with no flavor but a deep brown color,” Harold McGee says in “On Food and Cooking.” “The more the sugar is cooked, the less sugar and sweetness remain, and the darker and more bitter it gets.”

Caramelization, despite the name, doesn’t just happen when you’re making actual caramel in a saucepan. It happens when sugar is heated in the course of baking, too. In the case of table sugar, or sucrose, that’s at about 340 degrees, McGee says.

Sugar is also an important component of the Maillard reaction, when it interacts with the amino acids of proteins, creating a cascade of new flavors and aroma compounds, with several hundred possibilities. People often talk about Maillard when discussing browning meat, though you get it in baking, too, thanks to the presence of proteins in flour, dairy and eggs. Desserts often benefit from the simultaneous work of Maillard, which starts at around 300 degrees, and caramelization.

Here’s another point from PJ Hamel at King Arthur Baking: “Baking with reduced sugar produces less-sweet treats, of course, but lack of sugar also tends to increase blandness as well. Like salt, sugar is a flavor enhancer. Reduce the sugar in your chocolate chip cookies, and the flavors of butter, chocolate and vanilla will all be less apparent.” Take care if you’re using chocolate, too, she says, as “a certain amount of sugar is necessary simply to balance cocoa’s bitter flavor; reduce the sugar too much, and that bitterness comes through in an unpleasant way.” Regarding the English muffins, whole-wheat flour can skew bitter as well, which is where the honey comes into the balancing act.

Moisture. “Sugars have a strong affinity for water,” McGee says. The term often used to describe sugar’s ability to attract water is hygroscopic. Sugar helps baked goods retain moisture and do it for longer. That’s especially true in the case of honey or other liquid sweeteners. Breads and cakes (and English muffins) made with honey will lose water more slowly than those made with table sugar, McGee says.

Aeration. How many cookie and cake recipes have you seen begin with creaming, or beating softened butter and sugar together? Probably a lot, and there’s a reason for it. “Creaming is a mechanical method for creating air bubbles, during which granules of sugar trap air between molecules of fat,” Lauren Chattman writes in “The Baking Answer Book.” Cutting back the sugar lessens the ability to get that air and rise, which is sometimes aided by chemical leaveners (baking soda or powder). In addition to a denser result, you may also end up with a greasier mouthfeel.

You may be tempted to eliminate or reduce sugar in a bread dough, if it’s a small amount. Do so, though, and you risk slowing down the yeast activity and affecting the rise. (Conversely, in doughs with higher amounts of sugar, water is drawn out of yeast cells, McGee explains, making them take longer to rise or requiring more yeast to get the job done.)

Sugar is important for rise and stability when beaten with egg whites, such as in angel food cake, though meringues are the most stark example. There, McGee says, sugar helps with stability by thickening the mixture and, in the oven, holding onto water until the proteins in the egg whites have set.

Tenderizes. When water combines with the protein found in flour, you get gluten, which helps provide structure and chew to baked goods. But sometimes you don’t want that, or at least too much of that, which is where sugar’s water-attracting skills come in. “During mixing, sugar absorbs liquid in a dough or batter, preventing a portion of it from combining with the flour in protein and thus preventing some gluten from forming,” Chattman writes. “Thus, sweeter doughs and batters will generally be more tender than doughs and batters with little or no sugar.” Remove too much sugar from your recipe, and you may end up with drier cookies or less plush cake.

Sugar can also dilute the proteins in eggs, delaying the point at which their proteins find each other and bond, McGee says. Practically speaking, Chattman explains, it “raises the temperature at which a batter will change from fluid to solid by delaying the coagulation of proteins.” You have a bit more wiggle room then in terms of not ending up with a tough result. Chattman says you get a similar effect with proteins in bread, allowing the gluten to stretch and incorporate more air before setting.

The takeaway. As you can see, sugar’s many roles and the unending variety of recipes means it’s difficult to set a hard and fast rule on how much you can safely reduce the sugar when baking. I’d encourage you to study any recipe you’re thinking about changing and consider what purposes the sugar may be serving. If you can, try the recipe first as written, so you know the baseline before you start to tinker.

You can always seek out reduced-sugar recipes, or recipes that call for less refined sugars. The plus is that such recipes are developed with those changes already in mind, meaning you don’t have to wonder about the ripple effects of your modifications. There are plenty of books out there, including “Baking With Less Sugar” by pastry chef Joanne Chang, and “Half the Sugar, All the Love: 100 Easy, Low-Sugar Recipes for Every Meal of the Day,” by Jennifer Tyler Lee and Anisha Pate.

This story was originally published at washingtonpost.com. Read it here.
Next Post

Tue Oct 13 , 2020
GEORGE TOWN: A drug-fuelled birthday party was cut short after 42 revellers, including eight women, were detained by police at a rented bungalow in Batu Ferringhi. Besides being slapped with a RM1,000 fine each for defying the movement control order (MCO), four of them were also caught for consuming drugs. […] 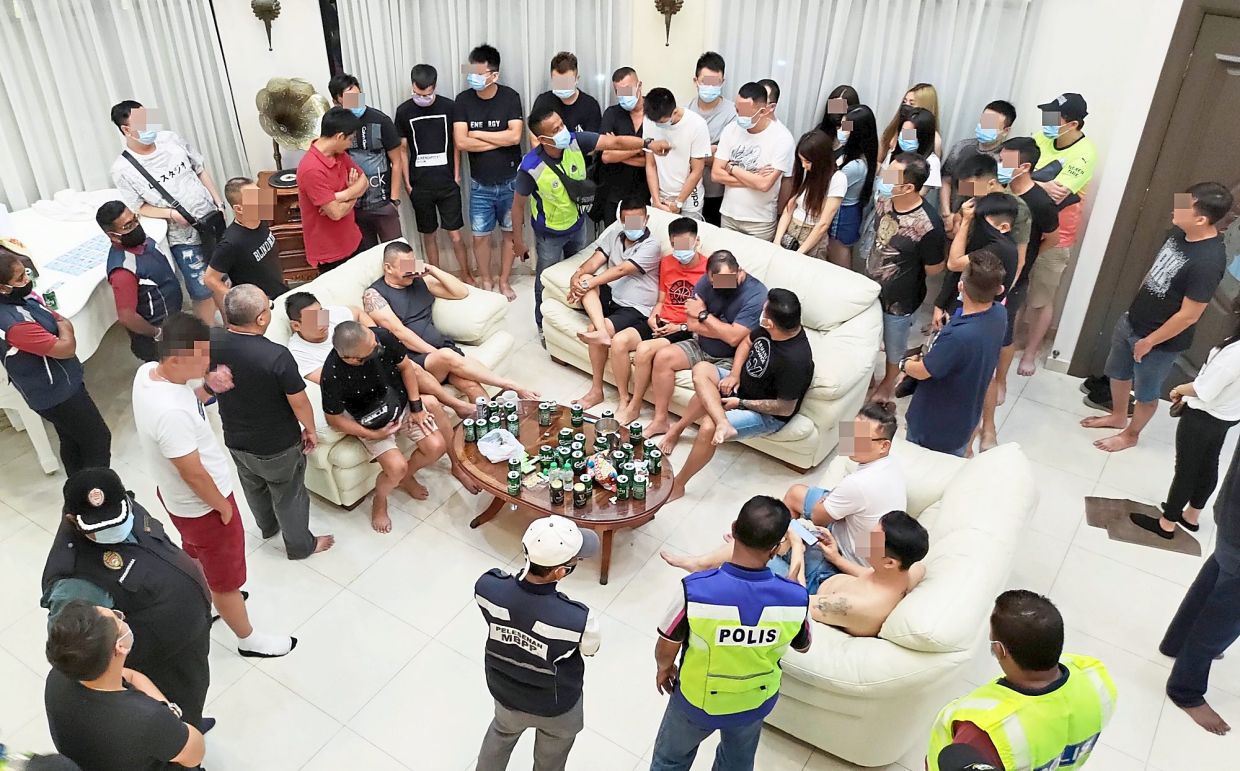