About a year ago, after realizing how much money I’d spent buying fried chicken, I attempted to make my own. I followed a classic Ina Garten recipe that involved marinating the chicken in buttermilk, then dredging it in a flavorful flour mixture, followed by deep-frying in a Dutch oven, full […]

About a year ago, after realizing how much money I’d spent buying fried chicken, I attempted to make my own. I followed a classic Ina Garten recipe that involved marinating the chicken in buttermilk, then dredging it in a flavorful flour mixture, followed by deep-frying in a Dutch oven, full of oil. At the end, I was exhausted, there were grease puddles and splatters everywhere, and I was left with fried chicken that would have Ina saying, “Store-bought is fine.” From then on, I told myself that I wouldn’t attempt to fry anything in my kitchen again. That is, until I heard about air fryers.

Air fryers have been getting lots of attention from home cooks, who seem almost as obsessed as Instant Pot fans were with that cooking device a few years ago. The gadget fries items with hot air circulation instead of oil, similar to a heat-circulating convection oven, creating a fantastic crisp that feels just like a deep-fry.

Initially, much of the hype I heard was coming from health-conscious eaters, looking for ways to enjoy fried food without the guilt. That wasn’t a strong enough sell for me. But eventually my friends started to praise the ways it’s changed their cooking, sending me pictures of their perfectly browned chicken thighs, magazine-worthy roasted potatoes, and more. And after watching many air fryer videos on YouTube (mostly on how to make crispy fried chicken) I decided I needed to get on that air fryer train.

Recently, I moved to an apartment with a bigger kitchen with lots of counter space and wanted to get something special for my birthday. It was the perfect occasion to shop for an air fryer. There are so many different brands and varying price points, from tiny and compact models that cost only around $20 to multi-functional smart ovens for $400. I eventually landed on the COSORI Air Fryer Max XL, mostly influenced by my friends who have used the exact same model. I loved its minimal design with presets, like bread and desserts. Most importantly, it was big enough to fit a whole chicken.

My air fryer arrived with a recipe booklet, but I started with a simple task: toasting bread slices. The sourdough slices I keep in the freezer went from rock-hard frozen to crusty toasts with brown spots in 10 minutes. Next up were broccoli florets that became perfectly charred, crispy outside, and tender in 15 minutes. I realized I could turn frozen chicken thighs into juicy meat with crisp edges without even thawing them. The air fryer features a range of temperatures, from 170°F to 400°F, which means it could also work as a dehydrator at a low temperature to make things like beef jerky and dried mango, which I have grand plans to do.

Since learning my way around the gadget, I’ve made several dishes that have genuinely blown me away, like air-fried scallion pancakes that I “taco-fied” with fried eggs and chile crisp. I use frozen, store-bought scallion pancakes, and when they’re cooked in an air fryer, the layers become as flaky as croissants, creating a texture that can’t be replicated with pan-frying.

But my air fryer’s moment of truth came when I made my second attempt to make fried chicken. Would it meet my fried chicken standards? The answer is both yes and no. The chicken didn’t come out golden brown like I was expecting, but the crust was deliciously shattery, similar to tortilla chips. I don’t think air-fried chicken will ever replace my consistent cravings for the real stuff, but considering I could create that satisfying crunchy texture without having to make an oil mess, I’m quite pleased.

Two San Antonio restaurants in legal fight over use of ‘juicy’ 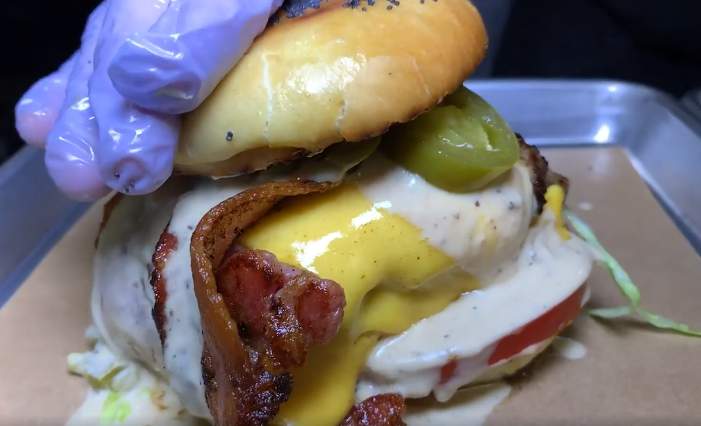