© Aeronaut Brewing Company Boston is an unapologetic beer-drinking town — and not just because we’re all trying to find a way through the never ending pandemic. It’s also in our history. Since the Pilgrims docked their boats here in the early 17th century, beer has been a vital part […]

Boston is an unapologetic beer-drinking town — and not just because we’re all trying to find a way through the never ending pandemic. It’s also in our history. Since the Pilgrims docked their boats here in the early 17th century, beer has been a vital part of Boston-area culture and lore. As the story goes, the Pilgrims anchored in Plymouth so the ship’s crew would have enough beer on the way back to England. Beer was important to the Puritans, too. They did much of their business out of taverns flowing with beer and believed that, if good beer were available, people wouldn’t turn to liquor.

Fast-forward a few hundred years, and craft breweries both big and small continue to open and thrive in the Boston area. We’ve highlighted some of the finest — peddling everything from undeniably simple saisons to impeccably hazy New England IPAs. This list is certainly not exhaustive. (Charlton’s top-notch Tree House lies just beyond the confines of the Boston area, as does Franklin’s 67 Degrees Brewing, the only state brewery owned by a woman of color. Others, like IPA kings Lord Hobo, Belgian-style specialists Idle Hands, and Framingham’s Exhibit A Brewing, are just as worthy.) Narrowing down the best Boston breweries isn’t an easy task, but we sure had fun trying.

Back in 2016, what was once an abandoned warehouse on an industrial stretch of Mass Ave  morphed into one of the city’s most popular breweries. Cofounders Matt Malloy, Travis Lee, Holly Irgins, and Todd Charbonneau took their communal passions for craft beer and community activism and created a gathering place that celebrates both beer-making and the surrounding neighborhood. Last year, the brewery underwent a massive extension and added a second-floor greenhouse and wraparound patio to its industrial facility. The spacious deck offers a stunning skyline view and even more space to drink some locally made brews (or wine! another upgrade!), and eat barbecue from the in-house M&M Ribs, located downstairs. Make a patio reservation or check the capacity counter on the website before risking a walk-in visit.

Beers to try: Fan favorites like the Clapp’s Cream Ale and the V1 Double IPA deserve their hype, or if you want to pucker up, try the OK, Karen, a kettle-soured ale with notes of passionfruit.

Another in-city brewery that doubles as a community hub, Aeronaut draws in crowds with its small-batch drafts, then keeps them there with nightly events — from trivia to live music to dance takeovers (and we look forward to the day when much of that can resume). The brewery is the brainchild of three MIT graduates, who concocted their business plan back in 2013 while still in graduate school. Little surprise, then, that science takes center stage in the brewing process, as well as an emphasis on sustainable practices. Drafts rotate regularly, but you can expect creative IPAs and stouts as well as lesser known beer styles. Currently, the courtyard is open.

Beers to try: The falling temps demand a sturdier brew like the Cocoa Sutra Milk Stout, a creamy, chocolate-y stout brewed in part with cacao nibs from Somerville Chocolate.

Winter Hill has zero interest in pandering to the beer tastes of the moment. Instead, the beloved neighborhood brewery keeps its output small and thoughtful, generally keeping five accessible beers on tap at all times. That usually means two to three year-round choices (IPAs are favored), as well as seasonal choices like a Kolsch-inspired German ale. And you have to love that the brewery doubles as a morning coffee stop, serving Counter Culture Coffee brews and espresso drinks, as well as pastries and breakfast sandwiches to go.

Beers to try: The Broth double IPA is the perfect fall crowd pleaser: hop-heavy, with flavors of pine, fruit, and citrus. An 8.5% ABV means you’ll need to slow down and savor your pour.

Beers to try: You have to go with the Copper Legend, the brewery’s seasonal Oktoberfest and one of its biggest releases year after year. The brewery uses a proprietary blend of malt from maltsters in Germany and hops from Bavaria.

Rustic farmhouse vibes permeate Cambridge Brewing Company, a longtime brewpub set in the middle of the Kendall Square tech hub. A mix of old and new, it provides historical ambiance with just an air of innovation. The OG craft brewers, who began their operation in 1989, made the very first Belgian-style beer brewed in North America: the 10% ABV Tripel Threat. For a lighter offering, the American Pale Ale is just as good as any. Soak it up one of the burgers, salads, or legendary Buffalo chicken tenders on the menu. An annual Sour Fest and an extensive pumpkin beer party normally highlight the brewery’s packed events calendar. In the year of 2020, the brewery is thankfully still finding ways to throw socially distanced bashes.

Beers to try: Three words: Great Pumpkin Ale. CBC has sourced 180 pounds of state-grown sugar pumpkins to brew its annual fall classic, which gets its kick from the cinnamon and allspice added during the wort boil.

Harpoon Brewery got its start decades before taprooms started popping up like wildflowers across Massachusetts. In 1986 — just two years after fellow Boston brewing giants Sam Adams came on the scene — Dan Kenary, Rich Doyle, and George Ligeti were inspired by European breweries to found Harpoon. Now best known for the even-keeled Harpoon IPA, the brewery continues to innovate at its headquarters in the Seaport (and its second brewery location in Windsor, Vermont). Summer mainstays include a sweet mango pale ale lovingly called Camp Wannamango and the solid citrusy New England pale ale One Hazy Summer.

Beers to try: Try Flannel Friday, a seasonal amber ale that goes down easy thanks to notes of caramel and citrus. Also consider stocking up on For the Frontline, a re-release of the original Harpoon Ale from 1986. For every case sold, $15 goes to three regional organizations supporting frontline workers during the ongoing COVID-19 crisis.

These Everett-based brewers like to experiment with hops. Some of the beers at Night Shift even require custom-built pieces retrofitted onto typical brewing equipment. One of those beers is the popular Whirlpool — a dry-hopped, low-ABV, New England-style pale ale — that has become one of the brewery’s best sellers. Night Shift offers rotating experimental beers, a coffee roastery, and a simple but refined food menu in its chic taproom located just steps away from TD Garden on Lovejoy Wharf. Though, right now, it’s just the patio that’s open, both there and at the Everett location. The brewery also runs two beer gardens along the Charles during the summer: one on the Esplanade, and another in Brighton’s Herter Park — both are still open, with COVID-19 restrictions in place.

Beers to try: The hoppy Santilli — named after the brewery’s original Santilli Highway location in Everett — is a balanced, pillowy hybrid of an American IPA and a hazy pale ale with nuanced notes of grapefruit and lemon.

Making great session beers is the name of the game for Salem-based Notch Brewing. The beers at Notch range from a slightly hazy Bavarian pale lager called Zwickel Beer to Left of the Dial, an orange-tinged, British-style IPA. Open since 2016, the brewery is a laid-back haunt with a Skee-Ball machine and an outdoor beer garden that looks over the South River basin. Pair beers with bratwurst sausage, a Bavarian sandwich with Black Forest ham and Gruyère cheese, or the Notch Scotch egg (a hard-boiled egg encased in sausage).

Beers to try: The Czech-style pale lager Notch Session Pils is an easy-drinking, lightly herbal brew with Saaz hops. Based off of a similar 4% ABV pilsner called Desítka, this is a very niche Eastern European brew hard to find anywhere in the states.

Among the newer wave of Boston’s craft breweries, Trillium has quickly risen to the top. In 2013, JC and Esther Tetreault began with the vision of recreating a New England farmhouse brewery. Their spacious Fort Point locale feels more like a trendy tech start-up than a rustic brewer hangout. That said, a selection of always-rotating brews on tap — divided into categories such as “Roasty,” “Wild & Sour, ” “Hoppy,” and “Everything Else” — feature big, vibrant flavors. Or just start with the flagship brew, Congress St. IPA, a subtly citrus selection. Get fancy in the upstairs dining room where you can order charcuterie, seafood entrees, burgers, or a BBQ pork sandwich. Long lines are standard to enter the taproom, but it’s not just hype. In the summertime, Trillium also sets up a beer garden on the Rose Kennedy Greenway across from Rowes Wharf.

Beers to try: A rotating selection of incredibly rich, decadent dessert stouts make for some prime fall indulgences. Complex and sweet (but not too sweet), they’re infused with coffee, cocoa, vanilla, tart fruits, and even coconut-pecan pie.Sign up here for our daily Boston email and be the first to get all the food/drink/fun the Hub has to offer. 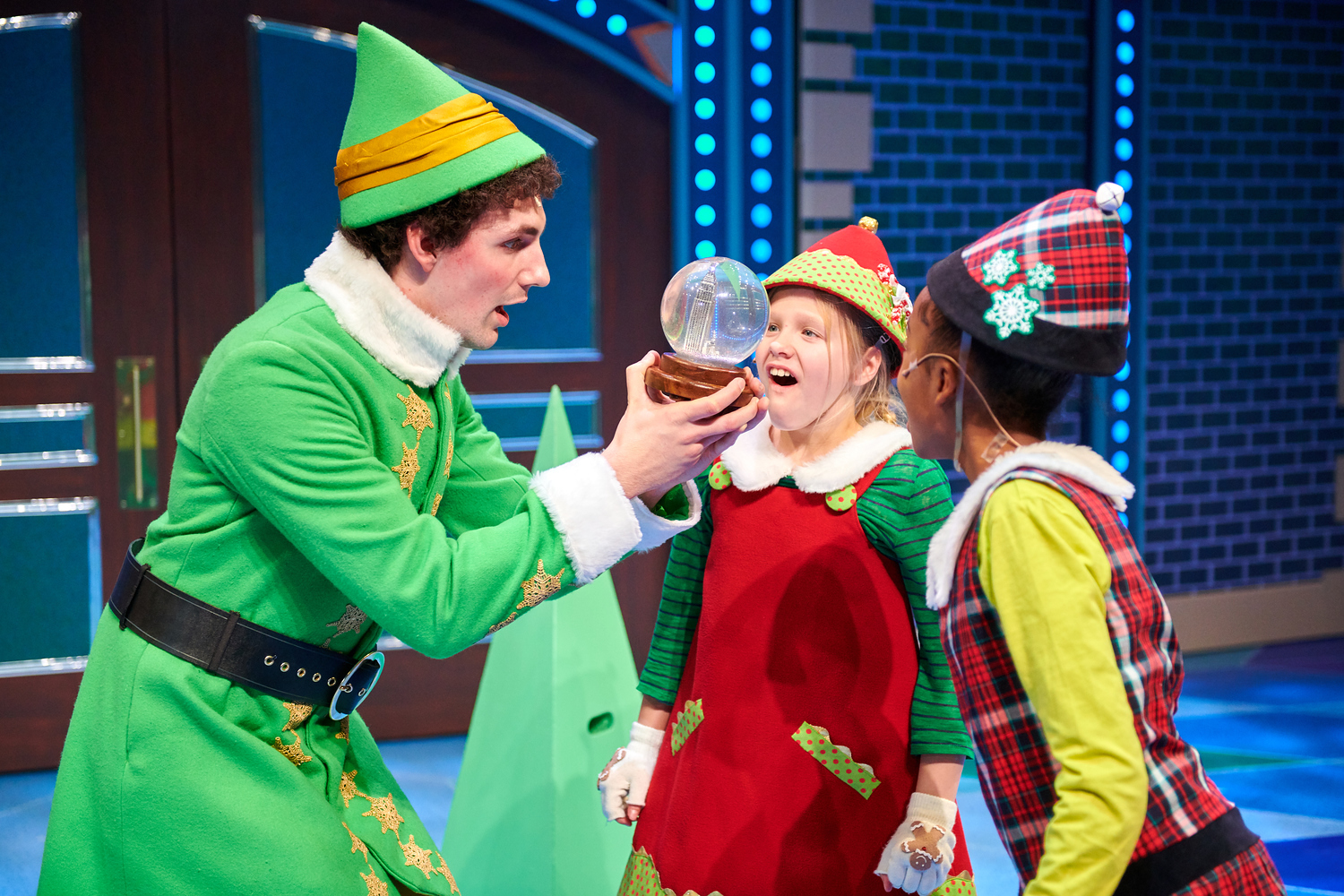