Japanese bakeries can be divisive. There are times when soaking up some Showa Era (1926-89) nostalgia while tucking into a korokkē pan (fried potato croquette wedged in a hotdog roll coated in sweet-tangy sauce) or snacking on a soft-yet-seductive kurīmu pan (custard bread) fits the bill. Then there are times […]

Japanese bakeries can be divisive. There are times when soaking up some Showa Era (1926-89) nostalgia while tucking into a korokkē pan (fried potato croquette wedged in a hotdog roll coated in sweet-tangy sauce) or snacking on a soft-yet-seductive kurīmu pan (custard bread) fits the bill. Then there are times when you want to bite into a slice of actual bread and not a bread-shaped cake impostor.

Japanese loaves, known as shokupan (literally, “meal bread”) are slightly sweet, fluffy things that rely more on texture than taste — I learned the hard way that igirisu pan (English bread) is, in fact, not a true English loaf but merely shaped like one.

Fortunately, Japan has a wonderful ability to adapt concepts, ultimately producing something familiar yet strange, and often much better. Bakeries today don’t just copy Western-style bread, but transform it into new creations that straddle European techniques and Japanese tastes, catering to both styles while forging new ground. These top five picks do just that.

Founded in June 2019 by a husband-and-wife team, Eteco deserves the line that forms outside before its doors even open. The wooden interior decor is as charming as the service — customers are welcomed with a smile and implored to take their time choosing. But you can never quite relax: The eyes of still-waiting customers laser the back of your neck through the window. Or perhaps they are simply ogling the paradisiacal display: Giant wedges of quiche are nestled next to gargantuan seasonal pies, immaculate fruit-topped danishes, anpan almost overflowing with adzuki beans and Gorgonzola-smothered apple rolls. Fluffy, flaky croissants gleam with buttery promise, and the croque-monsieur croissants deliver with cheese-soaked commitment.

If you have an appetite, challenge the croque-madame: ham is sandwiched between two exceptionally plump slices of bread topped with creamy bechamel, a flirtatious egg and other seasonal toppings, such as mushrooms accented with vibrant pink peppercorns.

Less than 10 minutes’ walk from Eteco lies another new gem. Owner Shogo Hara spent a year training in Lyon and a decade working in Tokyo bakeries before launching Boulangerie L’Anis in December 2019. Influenced by his experience in France, he aims to bake bread for all occasions, especially loaves that can be enjoyed with meals.

In addition to shokupan, kurīmu pan and a range of soft rolls, you’ll find baguettes, rye bread, some beautifully textured English muffins and even pate sandwiches inspired by Lyon’s strong charcuterie tradition. Hara’s decadent tartines are a bestseller — the one heavily-loaded with plump shrimp, slices of zucchini, bacon and cheese, and enhanced with mustard, onions and fresh dill, almost induces tears of nostalgia. The quiche Lorraine is flawless, with the pastry and egg-custard in perfect harmony. Don’t miss out on the cakes — such as a seductively soft spiced banana cake, enriched with rum and topped with tangy cream cheese.

Hailing from Nagoya, the Tokyo branch of Baguette Rabbit boasts a gallery-like layout with alcove-lined walls proudly presenting single sticks of baguettes like trophies. Self-consciously stylish, the interior is genuinely impressive, from the stone flour mill, emphasising its focus on domestic wheat, to the central islands lined with eye-catching goodies that, most importantly, taste as good as they look.

Ironically, Baguette Rabbit’s bestseller is not its baguettes but its boule — the love child of pain de campagne and shokupan, it trades on its super-soft texture more than flavor. Its pillowy softness is derived from a high water content and the loaf forms the basis for several other creations, including raspberry and almond cream “French toast” and seasonal specials (the recent pumpkin, rum-soaked raisin and walnut variety is like devouring the taste of autumn and Christmas all in one go). For a sweet treat, don’t miss the apple caramel pie: It’s visually unassuming, but sneakily strikes with a salty-sweet filling layered on expertly crafted pastry.

If bakeries were awarded points on names alone, L’Atelier de Plaisir would definitely get my vote. Fortunately, it also delivers on taste: Its bread was so delicious that I couldn’t resist eating a sizable caloric haul in one go, negating the need for any further fuel for nearly 24 hours. I’m sure this can’t be healthy, but what is life without a little hedonism?

Located deep in the Setagaya suburbs, Plasir was founded by Yuji Tanaka in 1999, first as an online shop, later expanding to a physical location in 2007. Tanaka is sometimes called the “natural yeast meister” in Japanese media. Certainly, the bakery’s concept fits the mad scientist trope: Tanaka uses two to four self-cultivated yeasts for each bread, and the loaves are packed so full of nuts, beans and fruits that there are more fillings than actual dough.

Take, for example, the pain aux fruits rouges. The dough is made without water, using only grape juice, and contains seven kinds of fruit, four kinds of nuts, two kinds of peel, vanilla beans and quatre epices spice mix. It sounds like chaos, but these recipes are not half-baked ideas; everything comes together to form one beautiful, mellow and well-balanced flavor. The lineup changes regularly, but previous highlights include a black sesame and strawberry roll, and a truffle oil and truffle salt bread with bacon and two kinds of cheese.

Given I’m no fan of Robuchon’s restaurants, it is only begrudgingly that I admit his bakeries are consistently excellent. The karē pan (curry bread) manages to pull off a crispy-yet-chewy savory doughnut casing that skirts oiliness and complements the well-spiced filling. There’s also a croque-monsieur laden with mushrooms, adding earthy, savory notes to balance the bechamel (but if cheese is your thing, dive into the rich, creamy decadence of the croque-madame).

The mini focaccia topped with seasonal vegetables and a juicy chunk of sausage are always satisfying, and the seasonal croissants are must-tries — an apple pie version merits extra attention, in particular, for the rather special lemon custard cream filling. Top tip: There are technically only two branches of Le Pain (Shibuya and Shinjuku), but La Boutique in Roppongi, Marunouchi and Ebisu offer a similar lineup for takeout.

Continuing the theme of bakeries named after small, furry animals, Beaver Bread in Higashi Nihonbashi crams a wealth of baked goodies into a small space. Expect Japanese-inspired options from melonpan and naporipan (spaghetti Napolitan roll) to ciabatta, caneles and chunky sausage subs. Although Tarui Bakery in Sangubashi certainly competes when it comes to hotdogs, with spiced sausage, caramelized onions and mustard all encased in its praiseworthy baguettes, look out also for the English muffins and the spiced banana bread flecked with chocolate chips.

When it comes to natural yeast, Levain in Tomigaya has been baking artisanal bread since 1984. From pain de campagne to spelt, there is a good variety of loaves, and the raisin bread is dangerously addictive. For a less healthy but distinctly rewarding treat, try the three-cheese and honey focaccia at Le Ressort in Komaba, before moving onto the “Chocolat 55,” smoothly combining 55 percent Belgian chocolate and Hokkaido butter.

And while I might have visited the all-vegan Universal Bakes and Cafe in Setagaya-Daita as a box-ticking exercise, it sells a genuinely chocolatey chocolate-orange scone, and the onion bread with vegan sour cream is mildly accented with garlic to great effect.

In line with COVID-19 guidelines, the government is strongly requesting that residents and visitors exercise caution if they choose to visit bars, restaurants, music venues and other public spaces.

Sat Oct 10 , 2020
ROCKLIN, Calif., Oct. 8, 2020 /PRNewswire/ — It’s no secret that in the months since the current global pandemic began, many people have changed the way they think about, purchase, prepare and consume food. Questions about where food comes from that were part of the conversation before COVID-19 have now assumed […] 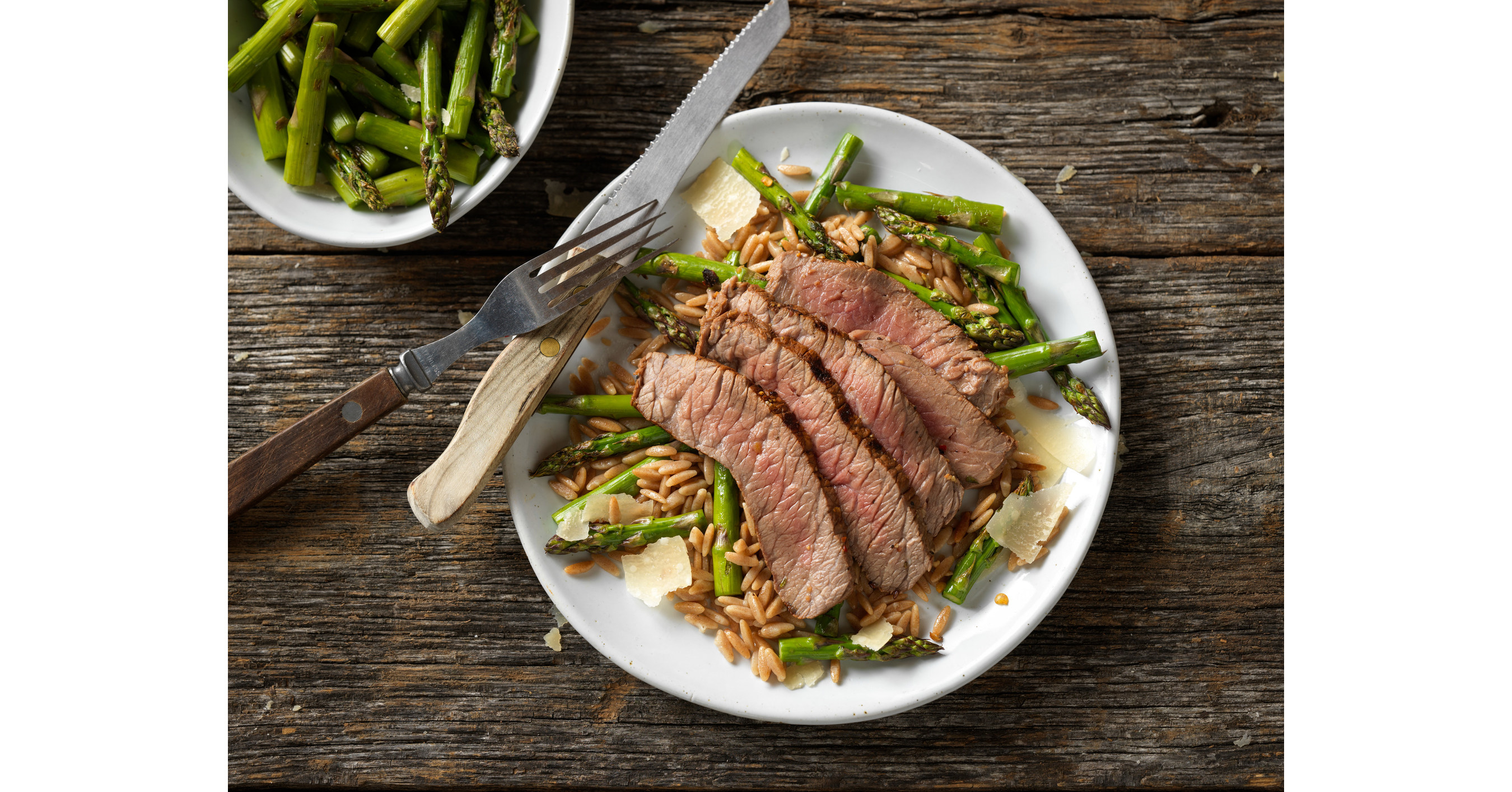