Protein exports remain one of the few shining stars in an up and down year for poultry producers. The 55th annual National Poultry Health, Processing and Live Production Conference kicked off this week with three days of symposiums and lectures on every aspect one of Delmarva’s top industries held from […]

Protein exports remain one of the few shining stars in an up and down year for poultry producers.

The 55th annual National Poultry Health, Processing and Live Production Conference kicked off this week with three days of symposiums and lectures on every aspect one of Delmarva’s top industries held from Sept. 28-30.

Normally, the conference hosted by Delmarva Poultry Industry Inc., draws a large crowd to Ocean City, Maryland, but the sessions were held virtually this year because of COVID-19 health concerns.

Monday’s session kicked off with a discussion of COVID-19 impacts on the protein food chain, featuring Dr. Jayson Lusk from Purdue University and Will Sawyer of CoBank.

Both discussed changing consumer spending patterns and numerous ups and downs in the industry this year due to the pandemic. It is not the worst year on record for meat producers, but it has certainly been among the most challenging.

2011 was considered a very challenging year due primarily to rising feed prices.

Sawyer said a bright spot for poultry and other meat producers has been trade. Exports of animal protein are up approximately 9% with much of that going to China and surrounding regions.

“Despite plant disruptions and a global pandemic, protein exports have done well,” he said. “Add animal protein trade to to the list of ag sectors dominated by China. I think we really need that greater China region.”

He added that African swine fever showing up in Germany is expected to help American exports.

Germany has reported 13 cases of African swine fever as of Sept. 18. All have been found in wild boars, according to a German-based news site called DW. Cases of the illness means that German pork can no longer be certified to be exported to non-European Union nations. China, Japan, South Korea, Brazil and Argentina have already stated that they will suspend German pork imports.

Lusk said the problem was not the number of plants, but the fact there was little or no excess capacity. If a plant shut down, there might not be a place for the farmer to take his beef or hogs, he said.

“There are no easy answers” to building a more resilient food supply chain, he said.

Lusk said some ideas that might be looked at to help build resilience include more flexibility in processing, more automation, changes to regulations and legal barriers and changes to what he called “just-in-time versus emergency inventory.”

Lusk said he anticipates prices returning to more normal levels. If a recession does develop, he said it is expected to have a small impact on poultry sales. He said other items like fresh fruits and vegetables, food away from home and alcohol would likely be impacted more significantly.

Lusk said that consumers did not always realize why some shortages were occurring this year.

“How do pictures of milk being dumped (make sense) when I can’t get milk in a grocery store,” he said consumers might ask.

Lusk said people may not understand that it is not just food production, but packaging and processing. For example, milk producers might be set up to package milk in a small container for school lunches and not be able to easily switch to other packing methods. He said cheese sold to restaurants is packaged differently that cheese sold at the grocery store and many eggs are sold in liquid form instead of being sold in shells as in grocery stores.

There has also been a large increase in meat-substitutes, but those overall numbers remain small compared to meat sales, Lusk said.

Sat Oct 3 , 2020
Blue Nest Beef, a beef delivery startup, pays special attention to the bird populations living on cattle ranches. Bird life is a key indicator of environmentally conscious cattle grazing, one of the company’s principles. The National Audubon Society, a conservation group, is working with cattle farmers to protect birds on […] 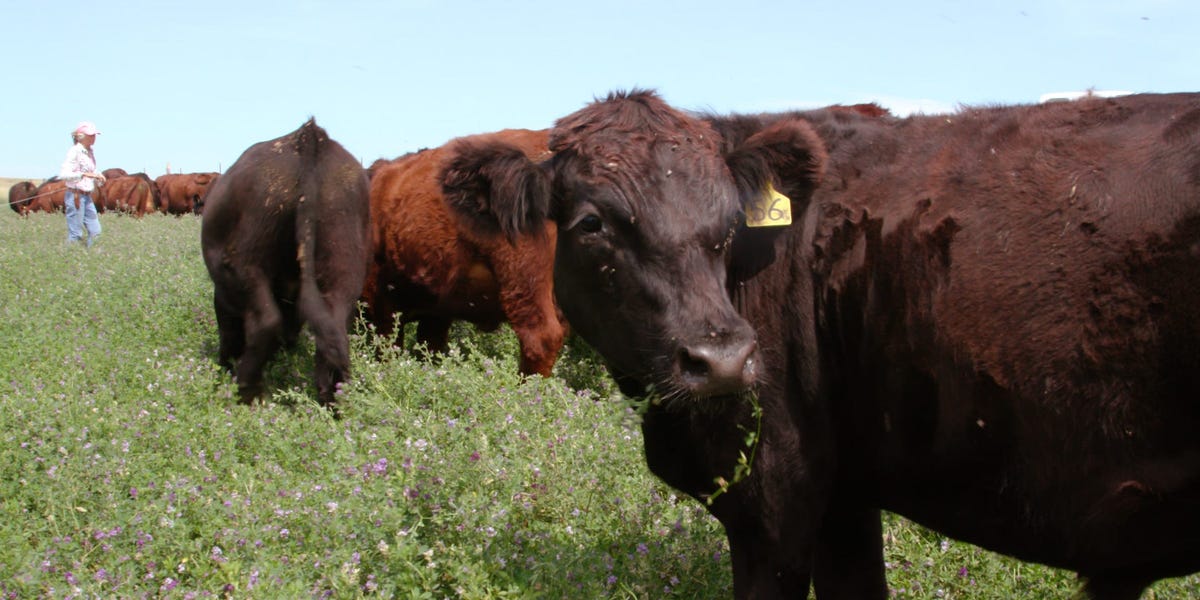