TV wine expert Jilly Goolden has claimed supermarket shoppers can snap up undervalued wines worth twice their price by seeking out the right bargains. The 70-year-old, who lives in East Sussex, said she drinks ‘a lot of wines that are £8 and under’ and many are as good as bottles […]

TV wine expert Jilly Goolden has claimed supermarket shoppers can snap up undervalued wines worth twice their price by seeking out the right bargains.

The 70-year-old, who lives in East Sussex, said she drinks ‘a lot of wines that are £8 and under’ and many are as good as bottles costing double that.

She suggested seeking out lesser known wine regions for a bargain, such as those in Portugal, as well as ‘undervalued’ grapes, including Albariño which she describes as ‘a top Spanish white wine’.

Her advice comes as new data revealed wine sales are up by £800 million since lockdown compared to the same period last year. 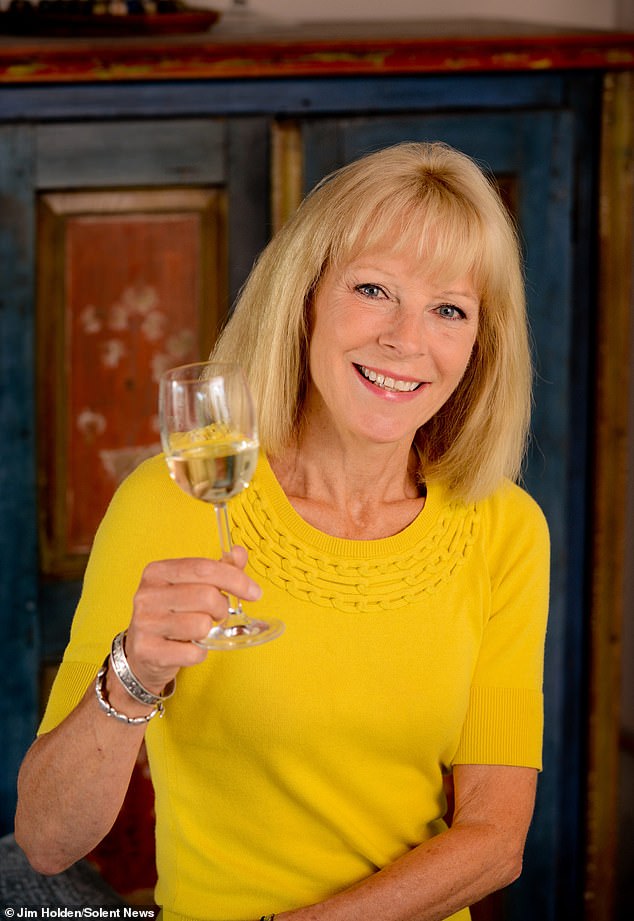 TV wine expert Jilly Goolden, 70, from East Sussex, has claimed supermarket shoppers can now snap up undervalued wines worth twice their price if they seek out the right bargains

Jilly, known for her 18-year stint on top BBC show Food and Drink, singled out budget supermarket Aldi’s Veuve Monsigny Champagne as being worth £25, despite retailing at £12.99.

Goolden, said: ‘I drink a lot of wines that are £8 and under, and I believe you can find some fantastic wines that don’t cost the earth – if you know how to find them.’

1. Go off the beaten track 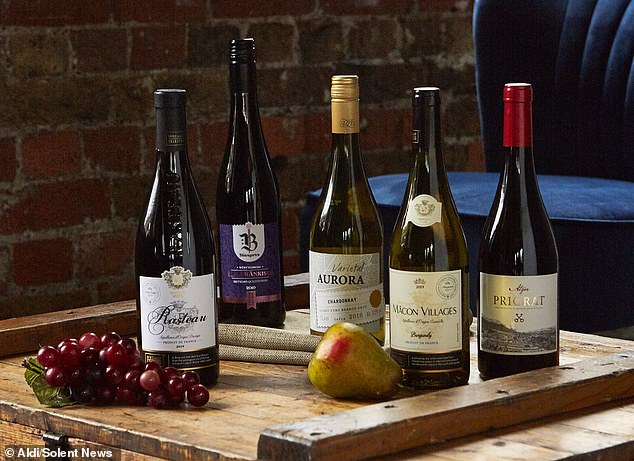 Jilly explained that a bottle from a well-known region or producer will likely cost you more because of hiked up prices.

She revealed that seeking out wines from lesser known regions or smaller producers will help customers up budget friendly bottles.

Jilly said: ‘Often price tags are hiked due to the renown or pedigree of a region or producer, but if you look to lesser known regions, you can often find great quality at lower prices.’

‘Portugal, for example, has some fantastic wine regions, bursting with over 250 different local grape varieties, but isn’t nearly as well known as France, Italy or Spain – and that’s often reflected in the price,’ she added.

2. Don’t be afraid to be adventurous with grape varieties

Instead of picking up your usual bottle, Jilly advised being ‘adventurous’ and go for varieties you have not tried before.

She revealed: ‘The big hitting varietals, such as Sauvignon Blanc and Cabernet Sauvignon are well known, but it’s very rewarding, and can be money saving, to side step those mass market types and try less familiar grape varieties instead.

‘They can also deliver delicious wines. A case in point is Albariño – it’s a top Spanish white wine that until recently has flown quite under the radar.’

She added: ‘You can’t expect to be a walking wine encyclopedia when it comes to choosing so trust the team who selected the wines – and the back labels will guide you on the right style for you.’

3. Don’t be swayed by price drops

While we all love a bargain, Jilly said to be wary of price drops because a more expensive wine does not necessarily means a better wine.

She revealed: ‘Prices are regularly slashed, and it’s easy to be tempted but, wait a minute, was the wine ever worth the higher price?

‘Unfortunately, almost certainly not. Go for a wine with a consistent honest price rather than one that leaps up and down just to tease you,’ she added. 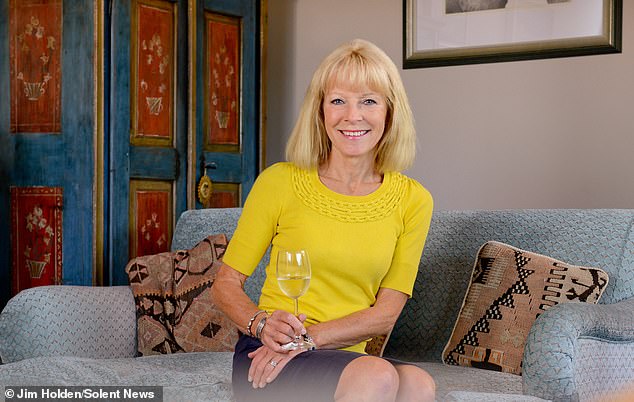 Jilly’s comments come as new data revealed take home sales in the off trade were up 31 per cent to £3.44 billion in the 24 weeks to early September, a rise of £815 million on the same period a year earlier.

With pubs and restaurants either shut or subject to limited openings and millions of Britons working from home or isolating, it created a boom for both still and sparkling wine sales.

Still wines saw a 32.5 per cent rise to £3.05 billion and sparkling versions such as Prosecco grew by 21.1 per cent to £391 million, according to analysts Kantar, for The Grocer. Volumes grew by 26.2 per cent for still wines and 18.2 per cent for fizz.

Much of the rise was down to impulse buys rather than shoppers simply adding wine to their weekly supermarket shop, said The Grocer.

One industry source told the publication: ‘The area we are really seeing growth is in impulse rather than grocery, which would suggest a new shopping pattern of people popping out to get a couple of bottles to drink at home.’

But this is not necessarily good news for drinks companies as much of the rise is at the expense of wine bought in clubs, pubs, bars, hotels and restaurants where the profit margins are a lot higher.

Wine and Spirit Trade Association CEO, Miles Beale, said: ‘Despite the surge in wine sales in supermarkets and the off trade more broadly, this hasn’t made up for the catastrophic slump in hospitality sales.

‘Wine fared better than other alcoholic drinks but our latest figures show sales of wine across all channels were still down 11 per cent on 2019’s totals.

‘Despite on-trade venues being allowed to reopen, the situation is still very precarious for many of these businesses. Footfall is down 28 per cent on 2019 levels thanks to the cocktail of ever-chainging restrictions, the 10pm curfew and the lack of consumer confidence.’

*A separate report by property adviser, Altus Group, predicts that up to 7,200 pubs face permanent closure if the government shuts down pubs n the north of England next week.

Tips for planning gatherings and celebrations this holiday season

Sun Oct 11 , 2020
If your holiday traditions involve large gatherings of friends and family, the coronavirus pandemic is going to make planning for this year’s festivities a little more complicated. With health experts saying a third surge of cases is possible within the next several weeks, what should you be considering for […]