(Bloomberg) — The U.S. government is falling behind global rivals when it comes to protecting meatpacking workers from Covid-19 infections, even though the nation’s plants were among the first to confront rampant cases across factories. In Germany, the government is ready to upend a labor contracting system that left poorly […]

(Bloomberg) — The U.S. government is falling behind global rivals when it comes to protecting meatpacking workers from Covid-19 infections, even though the nation’s plants were among the first to confront rampant cases across factories.


Employees remove internal organs from pigs at a meat processing facility in the U.S.

Meanwhile, the U.S. has yet to impose any mandatory safety measures on meatpackers to contain infections, issuing just voluntary guidelines. And the only federal citations against major meat processors resulted in fines of less than $16,000, decried as paltry by worker advocates. At the same time, an executive order from Donald Trump has kept plants running at full tilt since late April.


Coronavirus infections spread rapidly among U.S. meat workers in March and April, prompting major facilities to shutter before Trump issued the order to keep them open. Since then, it’s been unclear how widely the virus is still impacting workers because many companies aren’t publicly disclosing new cases. A tabulation of local news reports by the Food & Environment Reporting Network totaled at least 42,606 confirmed Covid cases and 203 related deaths among meatpacking workers through Friday.

Evidence points to the virus spreading by air, with an initial study in Germany showing particles can jump more than 8 meters (26 feet) in slaughterhouses where cold temperatures and poor ventilation put workers at risk. To protect employees, Ritchie said there should be a universal slowing of production lines.

While companies took their own safety measures, including installing plexiglass barriers and issuing protective equipment, the American federal government never stepped in to create enforceable protocols. This month, U.S. regulators issued their first sanctions against meatpackers in connection with outbreaks. Smithfield Foods Inc. was fined $13,494 and JBS SA was issued a penalty of $15,615, drawing outrage from two senators, a former safety official and a major national union as being inadequate.

The next litmus test for how well the virus is being controlled at American meat plants is likely to come over the next few months as the weather turns colder, which could help infections to spread more quickly and the period will also coincide with the annual flu epidemic that sweeps the northern hemisphere.

In contrast to the U.S., German and Australian regulators intervened with stronger measures for meat workers even though the nations were dealing with smaller outbreaks. Germany’s Agriculture Minister Julia Kloeckner is even calling for higher food prices to ease cost pressures on producers.

“We are currently experiencing a momentum, an opportunity to readjust the meat industry,” Kloeckner said in emailed comments to Bloomberg. “That is what we are tackling.”

Here’s a look at how global policies are taking shape:

It’s possible the U.S. may yet impose additional safety regulations as Congressional leaders haggle over a broad coronavirus relief package. A version the Democratic-controlled House passed in May would require an emergency temporary regulation requiring safety measures to reduce the spread of Covid in workplaces, including meat plants. Senate Republicans have resisted the step and GOP Senate Leader Mitch McConnell is instead seeking to include a provision granting immunity to businesses for virus-related legal claims.


Butchers place pork ribs on a conveyor belt at a meat processing facility in the U.S.

U.S. Meat Plants Are Deadly as Ever, With No Incentive to Change

Efforts to win better safety regulations are hampered because the employees are often minorities and immigrants who, unlike other high-risk workers such as doctors and hospital staff, labor out of sight of consumers.

The Occupational Safety and Health Administration, the federal agency that’s part of the Department of Labor and has the power to regulate conditions in meat plants, is committed to protecting America’s workers during the pandemic, a department spokesperson said in an emailed response, which cited the voluntary safety guidelines the agency has issued. The agency also continues to respond to and investigate complaints it receives.

In Germany, a Covid outbreak at a slaughterhouse infected 1,500 workers and shuttered the facility for a month from mid-June. That seized attention across the continent and accelerated a move by politicians to crack down on poor work conditions. The industry’s production lines rely largely on subcontracted staff from eastern Europe, a practice the government is now moving to end, said Johannes Specht, head of collective bargaining at Germany’s NGG union.

The German cabinet in late July approved a bill to ban temporary employees at meat plants.


The new bill to end subcontract workers will give “clear responsibility instead of cascades of shadow companies,” said Kloeckner, the ag minister.

She also wants to move from a system with a few, large centralized processors and promote smaller, regional slaughterhouses and butchers. Higher meat prices could allow for improved conditions in animal stables, shorten transport times to processors and allow for fair working conditions and sustainable farmer incomes, she said.

Australia’s Victoria state has been hardest hit by a fresh wave of virus cases, leading to a strict months-long lockdown for its more than 5 million residents.

Meat plants have been the source of some of the state’s biggest virus clusters and more than half a dozen facilities have been forced to shutter temporarily. The state government in August slashed slaughterhouses’ and processors’ staffing capacity and enforced strict spacing, hygiene and health check measures, as part of the broader restrictions to curb community transmission.

Meat giant JBS shuttered the state’s biggest processing facility until community transmission is under control, saying it could not operate in the current environment.

The state government also provided payments to workers who had to miss shifts to isolate after a coronavirus test, and for those who had to take time off following a positive test, if they had no access to paid leave.

In Brazil, the world´s largest chicken and beef exporter, the federal government set mandates for safety measures, including establishing a minimum distance of 1 meter (3.3 feet) between workers, or less if employees are provided with enough protective gear.

While that’s still more strict than the U.S., which has only the voluntary guidlines, Brazilian labor leaders have said the country’s measures are still insufficient to ensure employee safety. Unions in the nation have estimated, based on surveys with local members, that about 20% of Brazilian meat workers, or roughly 100,000 people, have been infected with Covid-19.

Some local governments, including chicken and pork production hubs such as Rio Grande do Sul and Parana states, have set their own guidelines for meat plants during the pandemic, with higher standards compared with the federal rules. But others states, including the top beef producer Mato Grosso, haven’t published any resolution, which leave the national guidelines as the only protocols.

In many places, “slaughterhouses have the government’s approval to work without prioritizing employee safety,” said Artur Bueno, head of the national labor union CNTA, which represents workers from the food industry.

For more articles like this, please visit us at bloomberg.com

Wed Sep 23 , 2020
In North America, bakery products including bread, pastries, dessert mixes, frozen baked goods and cakes sales reached $65.2 billion and $65.9 billion in 2018 and 2019, respectively, according to Euromonitor International. In 2018, production of these required sourcing of 14.9 million tons of ingredients. Likewise, Zion Market Research reported that […] 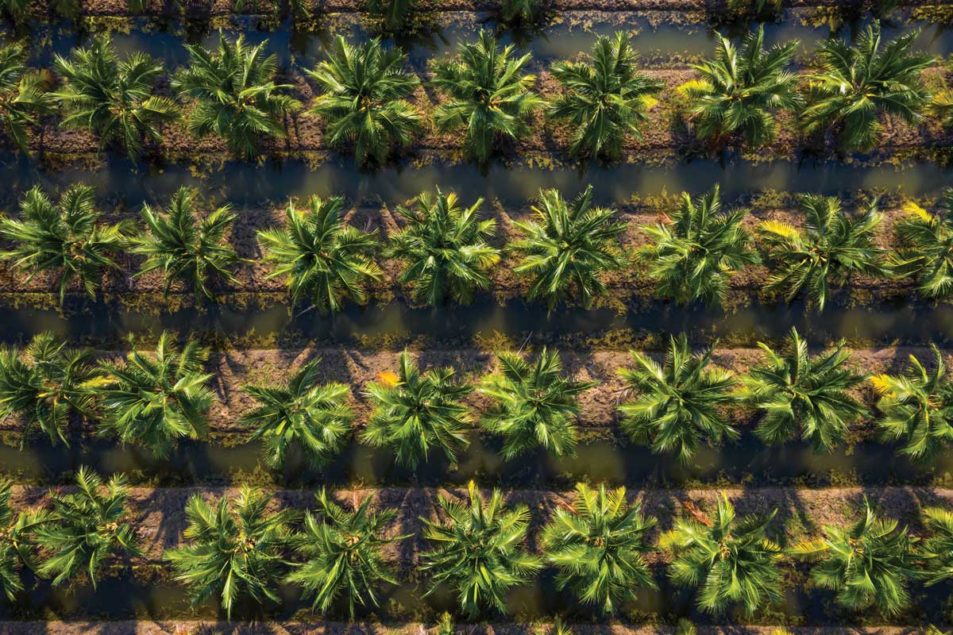