Twitter users are discovering the existence of frozen food pick ‘n’ mixes – and some are not sure what to think. Snaps of the help yourself frozen food system were shared in a tweet which racked up more than 33,300 likes. The photos show an array of carb-heavy goods on […]

Twitter users are discovering the existence of frozen food pick ‘n’ mixes – and some are not sure what to think.

Snaps of the help yourself frozen food system were shared in a tweet which racked up more than 33,300 likes.

The photos show an array of carb-heavy goods on offer, including chips, wedges, Yorkshire puddings, roast potatoes and hash browns.

The grub in the picture is from frozen food supplier Field Fare, who says it came up with idea of ‘scoop-your-own frozen food’ 40 years ago – with the aim of customers bringing their own reusuable containers to the shop to reduce plastic waste.

As the viral popularity of the tweet reflects, many people were blown away by the frozen food pick ‘n’ mix:

just showed my partner and I wish he didn’t have my phone so I could have taken a pic of his face, this is something else!
– Zara (on hiatus) (@zaranosaur) October 6, 2020

This is glorious. Maybe the sweet potato fries will be gf? Hopefully all British hash browns are as well, and it can be a rare source of national pride?
– OK(e)toberfest (@KKBeeptal) October 8, 2020

However, while many clearly agreed that a pick ‘n’ mix of frosty fried potatoes seemed like something dropped straight from the year 2050, others pointed out that they’d been around for ages, with supermarket Iceland adopting such a system back in the 1970s.

I hate to be the annoying one but this was actually the original concept of Iceland when it first opened in the 70s
– Candice (@CandiceAmberL) October 6, 2020

How is this new? Have you people never spent a hungover Sunday walking around a garden centre. They are in every one & always overpriced.
– GΔZ WILLIAMS (@Gazzz_Williams) October 7, 2020

Doesn’t every town have a shop like this? There are several near me and some are posh farm shops.
– Matt Crivelli (@MattCrivelli) October 6, 2020

This is literally how Iceland started!
– hayley (@Hayleybepbo2) October 7, 2020

the farm shop near my parents’ house has done this for years and it fascinates me to no end lol
– emma (@emmatranter_) October 6, 2020

So it seems the human race can be divided into two camps: those that are aware of frozen food pick ‘n’ mixes and those who have been living in ignorance.

Is now the time though for a huge rise in frozen food pick ‘n’ mixes, unifying us all in tasty awareness? On the one hand, the need to reduce packaging waste has never been greater. But then on the other hand, pick ‘n’ mixes and buffets and the like aren’t really in vogue mid-pandemic.

Sat Oct 10 , 2020
Germany are set to field a full-strength team as they hunt a Nations League win in Kiev against a Ukraine squad which has lost 14 players either injured or suffering from the coronavirus. The Ukrainian FA (UAF) said Thursday that Shakhtar Donetsk pair Mykola Matvienko and Brazilian-born Junior Moraes will […] 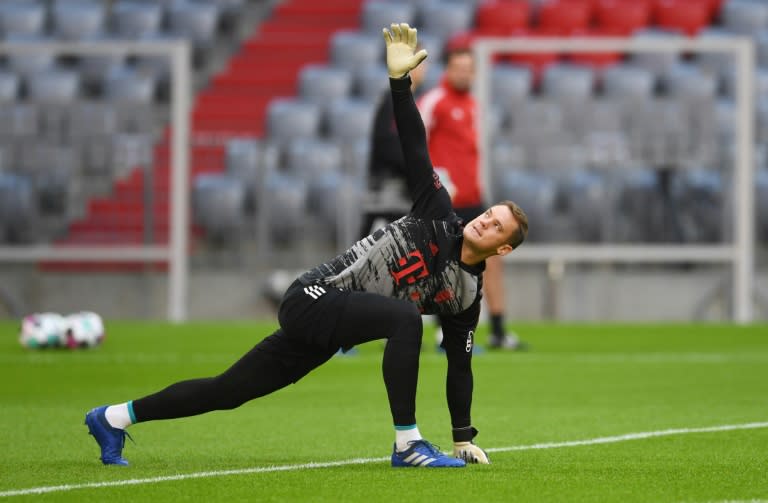