© norikko/Shutterstock Here are all the places you might expect to find beans: on a Mexican plate lunch, covered in cheese and adjacent to saucy and smothered enchiladas and rice; swimming in a pool of chili; or sweet-and-salty and piled on toast the way Brits and Aussies prefer in the […]

Here are all the places you might expect to find beans: on a Mexican plate lunch, covered in cheese and adjacent to saucy and smothered enchiladas and rice; swimming in a pool of chili; or sweet-and-salty and piled on toast the way Brits and Aussies prefer in the AM. But beans, more often than not, are overlooked for a meal they absolutely shine in: dessert.

I spent the majority of my weekends growing up at the local Thai temple, where it was routine for me to buy a bowl of sticky mung bean pudding glazed with salted coconut milk to cap off my Thai lessons. The dessert, called tau suan in Thai, is also served in Singapore and China, where it is occasionally used as a dip for Chinese crullers or speckled with crunchy water chestnuts.

Mung beans are versatile, and present in a number of other Thai desserts. There’s luk chup, a mung bean confection shaped to look like traditional Thai fruits and vegetables and sealed in a shiny gelatin glaze. There’s also khanom mo kaeng tua, a baked mung bean custard comparable to flan that is topped with savory fried shallots. The yellow beans also find themselves in Vietnamese che bau mau, a parfait-like dessert layered with ice, coconut milk, pandan jelly, and another superstar in the world of dessert beans: red beans.

Red beans, which are sometimes referred to as adzuki beans, are prominent in both Japanese and Chinese desserts. It can be made into a paste, called anko in Japanese, which is then stuffed in mochi and moon cakes or slathered between honeyed pancakes in a dessert called dorayaki. In the Philippines, it’s included in shaved ice sundaes — alongside flan, scoops of ube and coconut ice cream, and jellies — known as halo-halo.

The flavor of red beans is earthy but naturally sweet and the texture, when blended, is smooth — almost like a sweet potato or yam that has been condensed into a tiny bean form. Red bean has also been used in ice cream, popsicles, and as a topping on fluffy domes of shaved ice. In fact, the flavor is so popular throughout Asia that McDonald’s has even plugged the paste within its famous, flaky pie crust in Hong Kong, Singapore, and Japan.

Sweets containing beans are not just a phenomenon that exist within Asia. Red beans make their way into habichuela con dulce, a creamy blend of beans, sweet potatoes, coconut milk, and evaporated milk from the Dominican Republic that is topped with cookies, raisins, and cinnamon and commonly eaten during Easter.

In southern states across the US, navy bean pie, an alternative to sweet potato pie, is quite popular. Associated with the Muslim African American community, the pie features a custard bean filling flavored with cinnamon and nutmeg. “One theory behind the bean pie’s potent symbolism is that it not only uses Muhammad’s beloved navy beans but is also believed to use them as a replacement for sweet potatoes, one of the most prominent symbols of traditional black cooking and a direct relic of the so-called ‘slave diet,’” wrote Rossi Anastopoulo for TASTE. “In some ways, swapping sweet potatoes for navy beans in a pie was akin to replacing one’s slave name with an X, as Muslim American historian Zaheer Ali has proposed.”

Beyond red beans, mung beans, and navy beans, black beans also make an appearance in a number of sweets. There’s black bean pudding soup with sago in a coconut milk broth (a Hong Kong classic), sticky rice studded with black beans and wrapped in banana leaves, as well as a black bean and rice pudding topped with coconut milk.

The reason that beans are so commonly found in desserts throughout the world have a lot to do with access to ingredients; every culture, no matter what corner of the Earth they’re from, has recipes that include beans in them. “Beans contain multitudes: They’re sturdy, reliable, versatile, an affordable vegetarian protein source,” notes The Cut. Why not add sugar to those beans and make a treat out of them?

It’s also not surprising that beans are highlighted in sweets from Asia, where the majority of people shy away from rich butter, milk, and dairy-based desserts. According to the U.S. National Library of Medicine, roughly 65% of adults struggle to digest lactose after infancy. That number is even higher for those of East Asian descent, where more than 90% of adults are affected. A simple solution for preventing a stomach ache from ice cream or silky custards is to avoid those types of desserts entirely; bean-based desserts laced with coconut milk are not only lactose-free, but tend to be vegan, too.

If you’ve never before considered beans to be a remarkable ingredient for dessert, reconsider: it’s bean proven to make an excellent addition to any sweet treat.Sign up here for our daily Thrillist email and subscribe here for our YouTube channel to get your fix of the best in food/drink/fun.

Kat Thompson is a staff food writer at Thrillist and an advocate for beans in dessert; mung beans are her fav. Follow her on Twitter @katthompsonn.

Sat Oct 10 , 2020
CHICAGO (WLS) — Homemade sweets are on the menu inside a tiny Bronzeville cafe, literally built on an assortment of alcohol-infused cupcakes. But the owner decided to move her business from the Chicago Ridge Mall into a permanent space just off of 35th Street, expanding it to include a lot […] 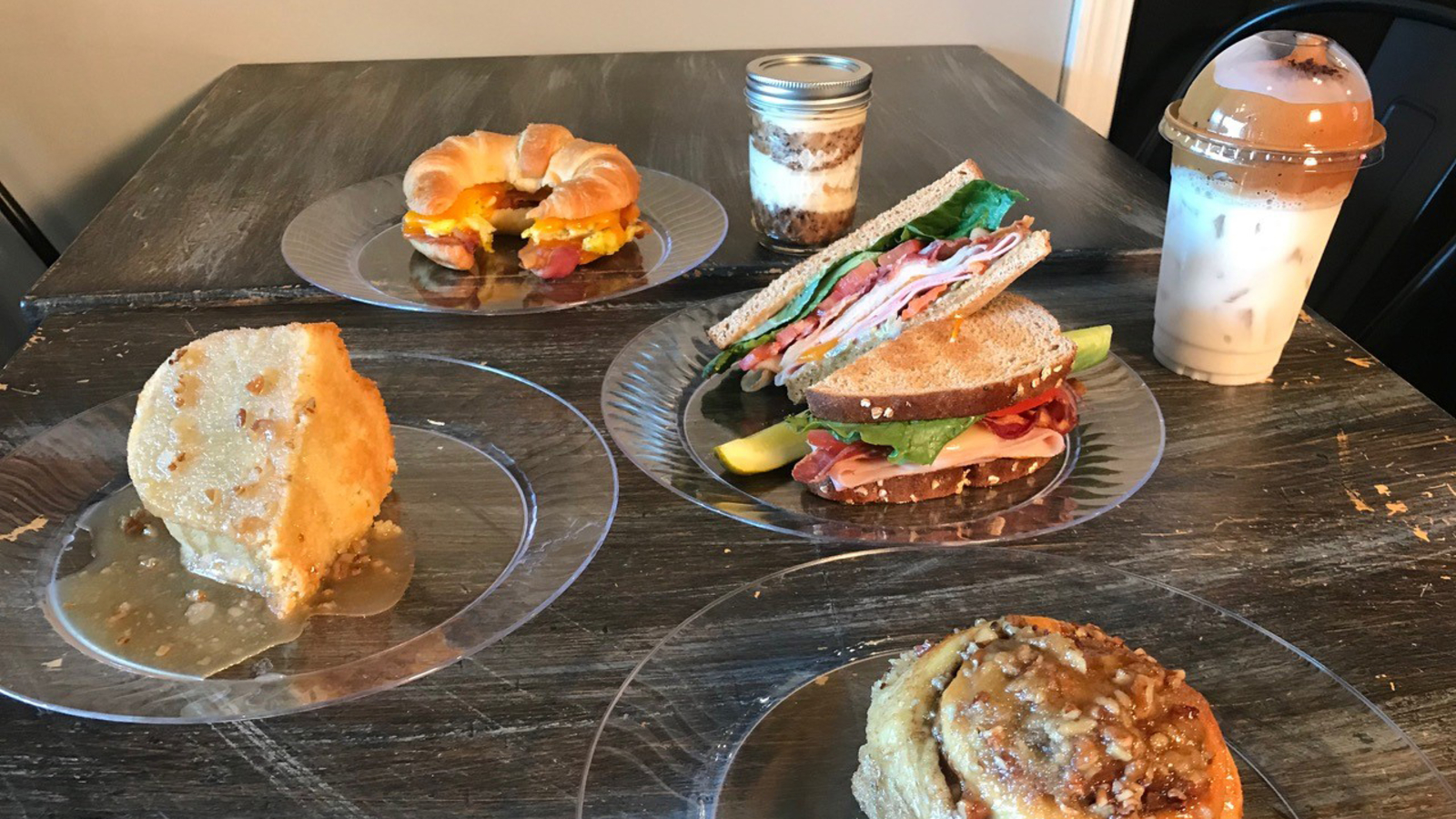