WILSON, Okla. (KXII) – A lifelong Wilson resident is spicing things up with his team on the season finale on Food Network’s Halloween Wars.

© Provided by Sherman-Ada KXII
A lifelong Wilson resident is spicing things up with his team on the season finale on Food Network’s Halloween Wars.


The show follows six teams as they compete in Halloween themed challenges.

Daniel Miller and his team, the Mummy’s Rejects are a step closer to winning $50,000. The last episode airs Sunday at 8 p.m.

“Everybody is going to throw everything and we’re going to have at it. The boards get bigger so the display has to get bigger and you can’t leave anything left because this is the last one,” said Miller.

Miller said each team consists of candy, cake and pumpkin artists who are working together to meet their weekly challenge. Last week’s episode’s theme was called “Trapped with Monster.”

“The octopus was the pumpkin underneath, so you’re inside this big critter and so the octopus is dragging her down and she is trying to surface for air, but even if she does she’s already swallowed,” said Miller.

People watching at home can expect to see the Mummy’s Rejects face their biggest and final challenge of the season, the jump scare.

Miller said people can expect things to heat up on the last episode.

“Sometimes it was conflicting because you might want their help, or they might want you and nobody wants to tear away from their project, but in the end we all come together and help out,” said miller.

Miller said if his teams win the money, which will be divided up three ways, he plans to use his cut of the prize to spice up his workshop.

Tue Oct 13 , 2020
Global specialty food ingredient market size is estimated to be valued at USD 130.7 billion in 2020 and projected to reach USD 174.3 billion by 2025, recording a CAGR of 5.4%. Specialty food ingredients preserves, emulsifies offers color and texture, and improves the dietary value of the processed or cooked […] 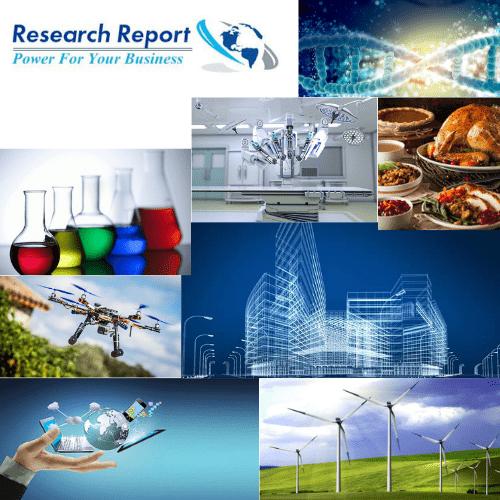