A woman who developed a large growth on her face due to a rare congenital disorder says she has ‘higher self-esteem than anyone else in the world’ after learning self-love.  Lu Dorini, 41, from Mangueirinha, South Brazil, was diagnosed with Arteriovenous Malformation when she was just eight-months-old, but has refused […]

A woman who developed a large growth on her face due to a rare congenital disorder says she has ‘higher self-esteem than anyone else in the world’ after learning self-love.

Lu Dorini, 41, from Mangueirinha, South Brazil, was diagnosed with Arteriovenous Malformation when she was just eight-months-old, but has refused to let the defect affect her.

The disorder, a large growth on the right hand side of her face is due to an abnormal tangle of blood vessels connecting arteries and veins, which disrupts normal blood flow and oxygen circulation.

Because of heavy blood flow from the artery, the vein becomes engorged from too much blood causing a growth.

Scroll down for video 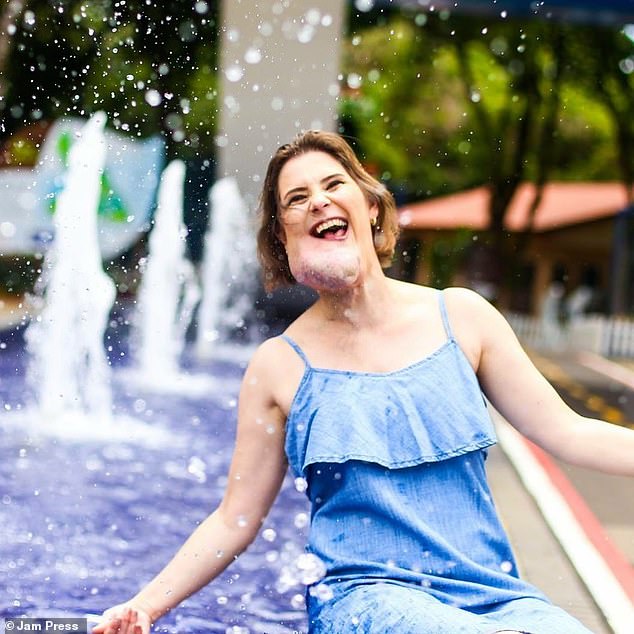 Lu Dorini, 41, from Mangueirinha, South Brazil, was diagnosed with Arteriovenous Malformation at 18 months old, but has not let it affect her and lives life to the full

As a result, Lu, who works as a public accountant, professor, speaker, and writer, has has undergone 19 surgeries just to stay alive due to countless haemorrhages in her gum and skin.

The brave woman has also nearly lost her life a number of times due to the rare condition, Arteriovenous Malformation (AVM).

Now Lu hopes to educate others about AVM by sharing her love for life and encouraging other sufferers to do the same on her blog and social media platforms.

Lu said: ‘I am a woman with AVM but I don’t let it control me. I have always studied normally, I’ve been working since I was 13 and I haven’t stopped my routine just because of my disorder. In fact, if anything I have evolved more as a person.’ 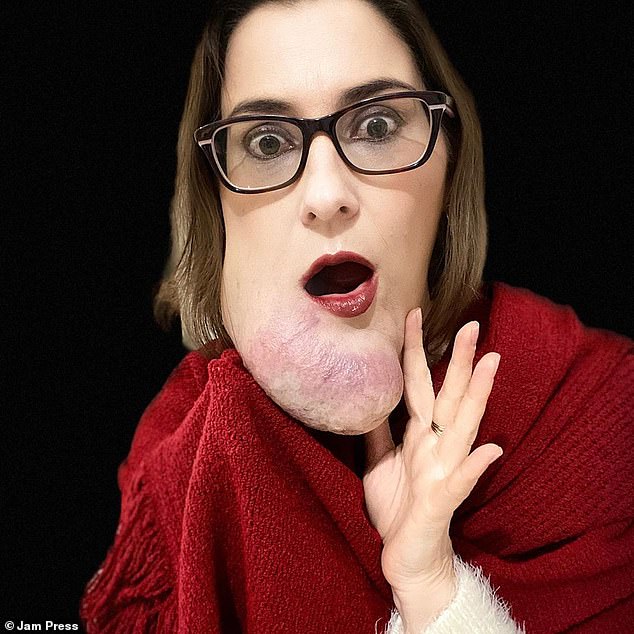 Lu pictured as a teenager (left) and as she is now (right). She has worked on practicing self-love to ensure that she gets the love and acceptance she deserves

‘I have always loved myself just the way I am, ever since childhood. I am a beautiful, smart, capable woman and I have never thought I needed to be a different way to be accepted. I’m just like everybody else and I deserve love and acceptance. I love myself, I really do love me.’

Speaking about her blog, Lu explained, ‘I created my blog after speaking to a very worried mother whose daughter had hemangioma like me.

‘I’ve connected with people across the world now and also gives lectures on social media in the hope that I can inspire people to be happy and to love themselves and enjoy life.’ 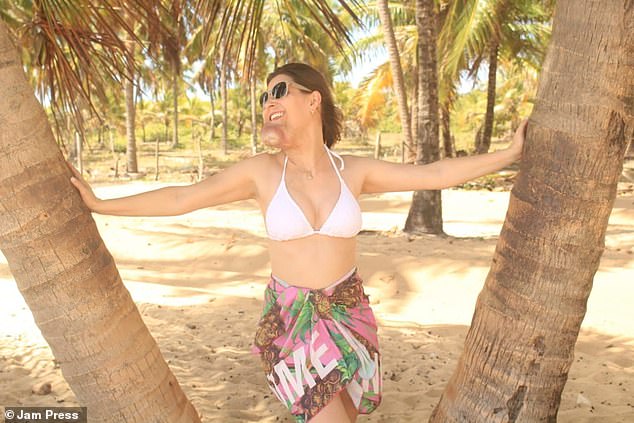 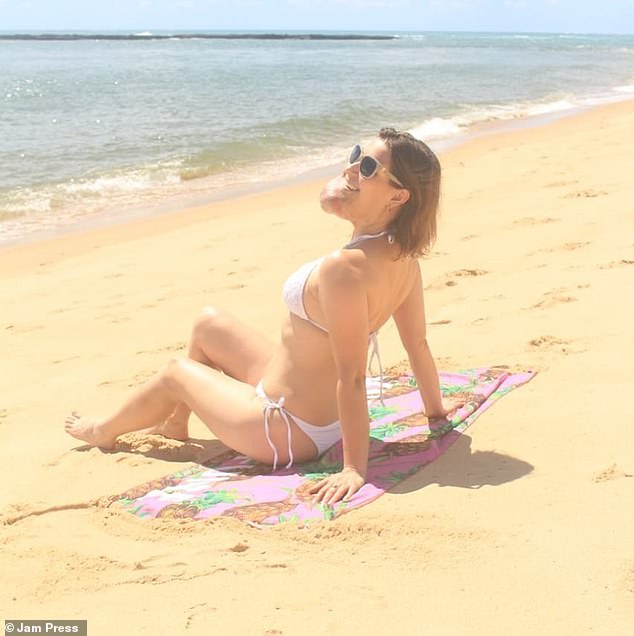 She has 31,900 Instagram followers and has even written a book on her experiences with AVM

WHAT ARE ARTERIOVENOUS MALFORMATIONS?

An arteriovenous malformation (AVM) is a specific term used to describe a tangle of blood vessels with abnormal connections between arteries and veins.

This means that blood from the arteries drains directly into the veins – without stopping to supply the normal tissues in that part of the body with essential substances like oxygen and nutrition.

Over time this can lead to the normal tissues becoming painful or fragile.

It also means that the AVM gets progressively larger over time as the amount of blood flowing through it increases, and it can cause problems due to its size.

Finally, it may also mean that the heart has to work harder to keep up with the extra blood flow.

Some doctors describe an AVM as ‘a ring road that bypasses the high street of a town’.

Traffic (or blood) will use the bypass rather than the high street which suffers as a result.

Lu has also written a book, ‘Between Waves of Emotion’ to share her own story of AVM ‘to help people to understand that it is possible to be happy even with an aesthetic difference or a serious health problem.’

The Brazilian native regularly shares videos with her 31,9000 Instagram followers, providing them with daily reflections, about life in general, physiology questions, and focusing on positive psychology, which is her specialisation.

‘My videos focus on themes like self-esteem, self-knowledge, character strengths, emotions, and matters of the mind and heart.

‘I do all of this for one purpose; to fulfil my mission in the world of sharing my story, and making people smile because I believe that it is possible to change the world if each of us does our part.’ 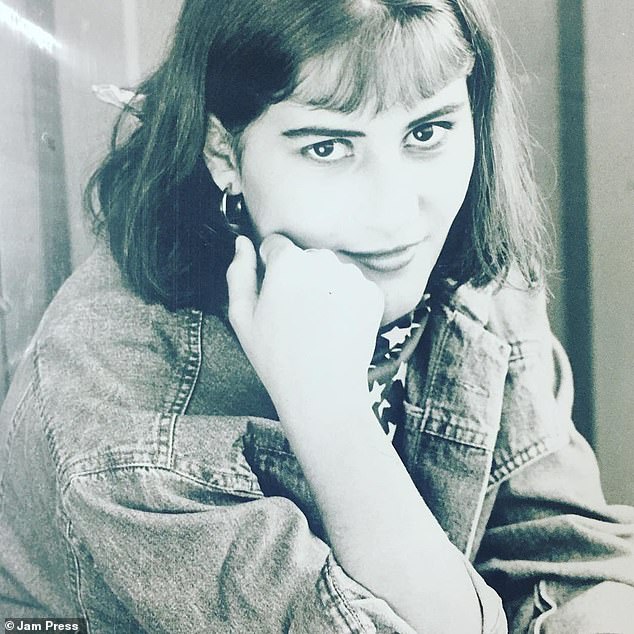 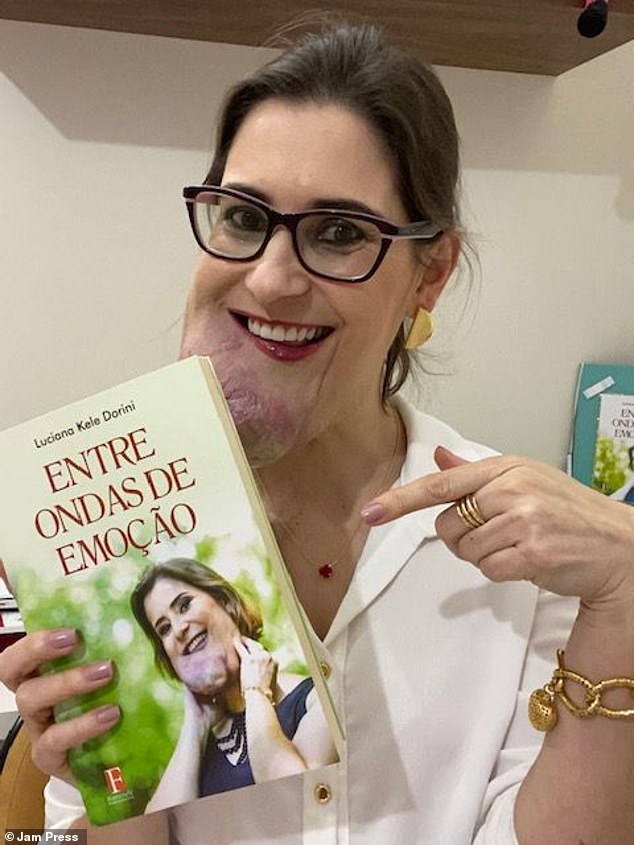 Lu pictured with her book, Entre Ondas De Emoção, or ‘Between Waves of Emotion’ 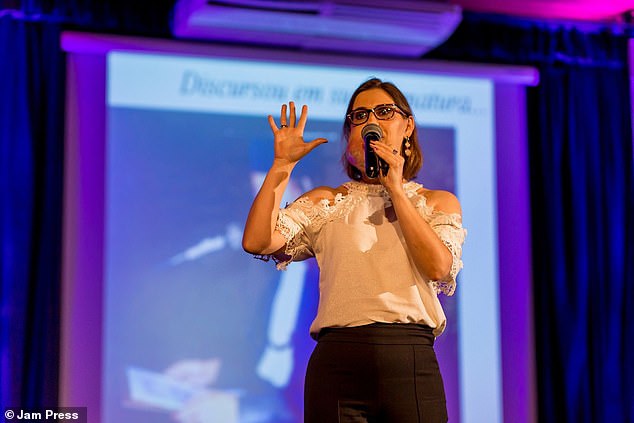 Here Lu delivers a speech on the importance of self love. She has received marriage proposals from strangers online

Lu said that while 99 per cent of people send her kind and affectionate comments, even including marriage proposals, she’s also been on the receiving end of negative comments.

‘Of course, I have received some bad comments because everyone has their own opinion but it doesn’t make me less happy.

‘When you’re putting yourself out there on social media, you need to be prepared for everything, and I must confess that I have previously cried after receiving rude comments or a rude attitude from people.

‘I only respond to those who see my beauty and if you don’t think I’m beautiful, then it’s your problem and not mine because I’ll continue to think that I’m stunning.’ 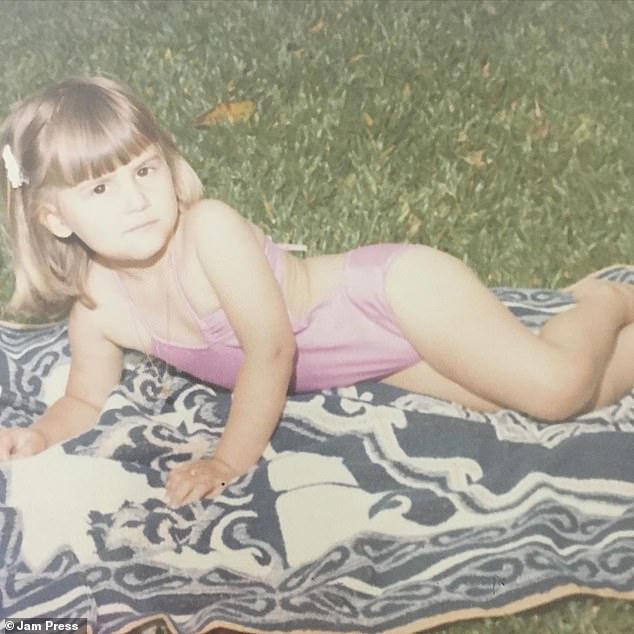 Lu as a young girl. She says she is not affected by the negative attitude of people who are rude to her about her appearance

As for her top tips for self-confidence, Lu says, ‘allow yourself to be free, look at yourself with affection, focus on your qualities; like what you see in the mirror and don’t blame yourself for any of your failures.’

‘Believe that you are capable, don’t complain about what is not and be thankful for what is, respect yourself and don’t compare yourself to others, and most importantly, understand that everyone is unique.

‘We are all human beings so don’t waste your time and your life trying to be someone else, or better than others because all you need to do is love yourself and to improve day by day.’ 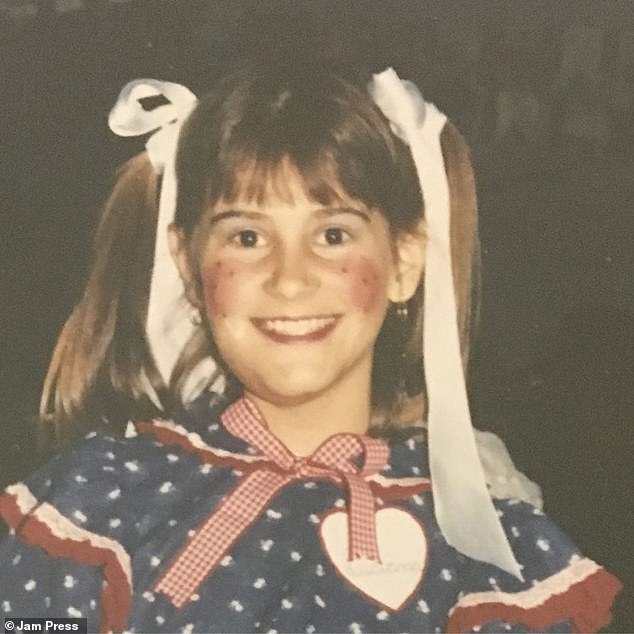 Lu as a young girl, the growth is only slightly seen as she dresses up in costume 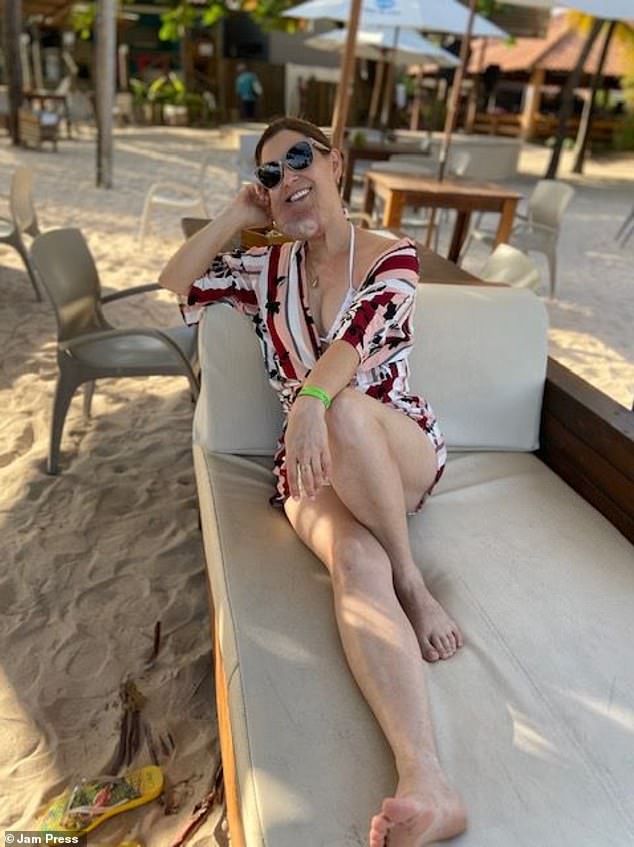 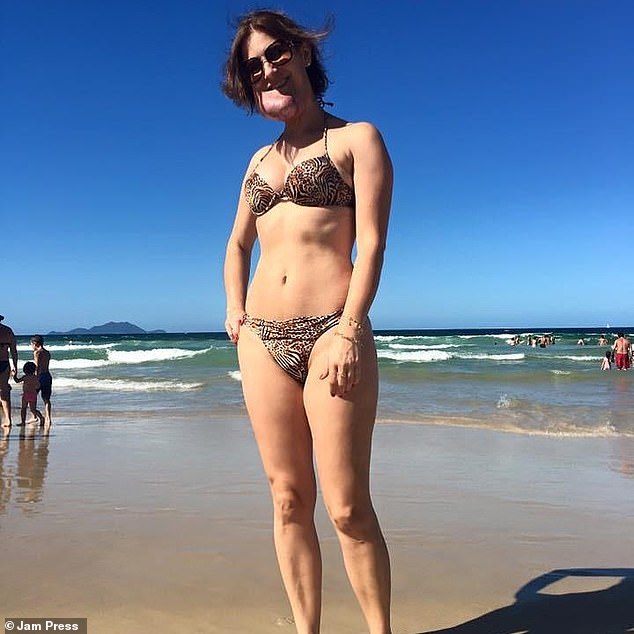 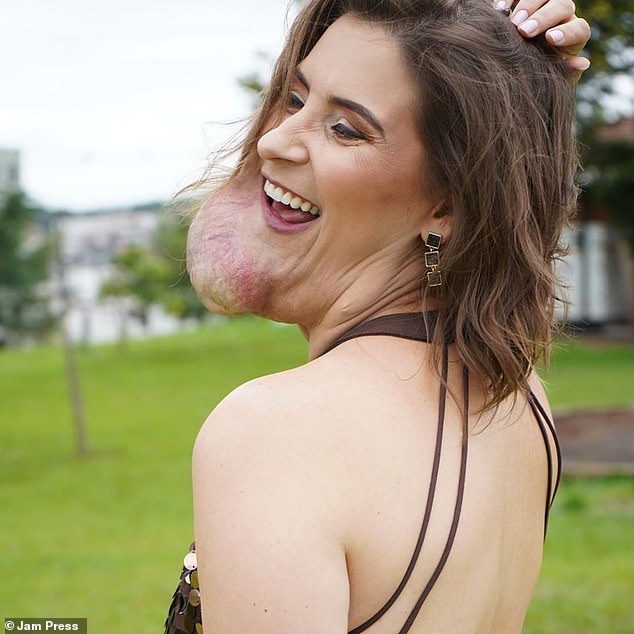 Here Lu laughs joyfully as she poses for the camera. She does not reply to those who are hurtful or rude about her appearance online

Fri Oct 2 , 2020
The MarketWatch News Department was not involved in the creation of this content. Sep 29, 2020 (Heraldkeepers) — The Active Ingredients Market is expected to exceed more than US$ 3.0 Billion by 2024 at a CAGR of 5.0%. Active ingredient may be a with chemicals active pharmaceutical drug. It finds […]